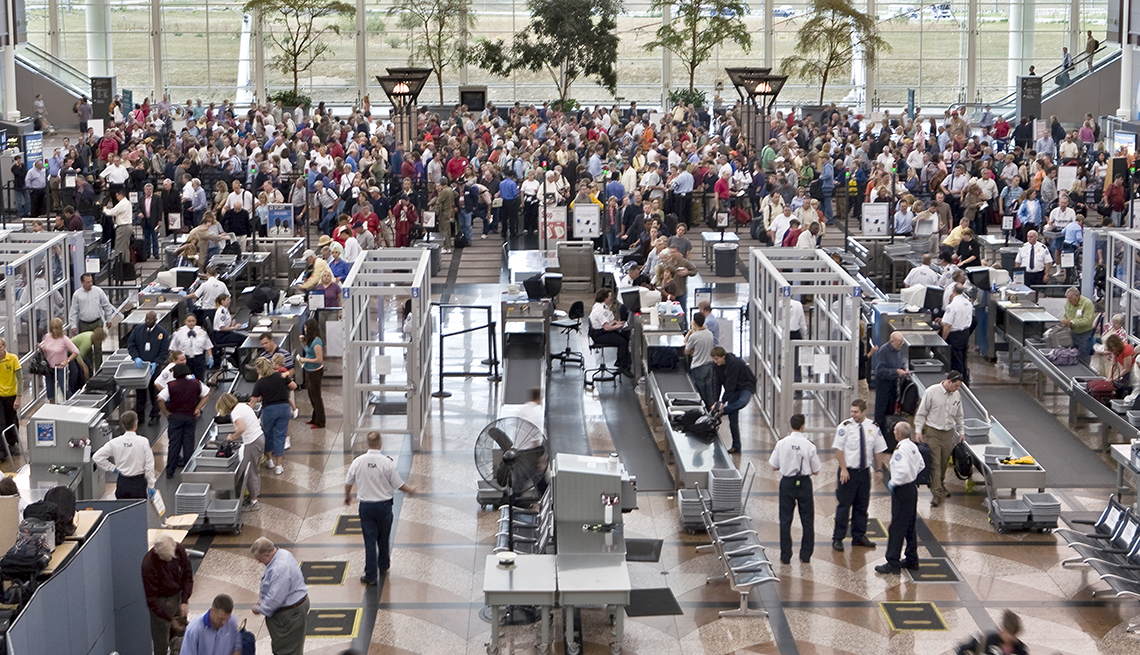 A new study reveals the germiest spots in airport terminals and on airplanes.

If you’re headed to the airport, you might want to keep that bottle of hand sanitizer nearby. Numerous studies over the years have proven the mostly invisible grossness of the inside of an airplane cabin — where most surfaces are more germ-infested than the average kitchen counter or toilet seat. But new research indicates that air travelers' real battle against germs begins not on the airplane, but in the airport terminal itself.

A recent study by insurancequotes.com tested 18 surfaces inside airplanes and terminals at three major U.S. airports and found that the most disgusting surface travelers come in contact with are the self-help ticketing kiosks, which are increasingly popular at airports all over the globe. The screens on the machines, which are pawed at all day by stressed-out fliers before they hustle off to their gates, contained far and away the highest germ count of any surface tested, coming in at 253,857 colony-forming units (CPUs). One kiosk screen, at a location not named in the study, tested at a whopping 1,000,000 CPUs of bacteria.

In comparison, the germiest spot inside the airplanes were the flush handle on the toilets, which tested at 95,145 CPUs. The typical kitchen counter, according to the National Science Foundation, registers at 361 CPUs. Other terminal trouble areas revealed in the study included bench armrests (21,630) and drinking fountain buttons (19,181). Onboard the planes, other germy spots included seat-back trays (11,595) and seat belt buckles (1,116).

Though similar air travel studies have consistently revealed several troubling spots for germophobes, which spot is the germiest tends to vary. In one 2015 study, seat-back trays were the dirtiest things onboard the aircraft, while the drinking fountain buttons took the yucky title in the terminal.

Besides hand sanitizer, more help may be coming. The next wave of airport kiosks, including some that recently were installed at Dubai International Airport, will use facial recognition technology and won’t require any human touch. What we lose in privacy, we may gain in flu prevention.