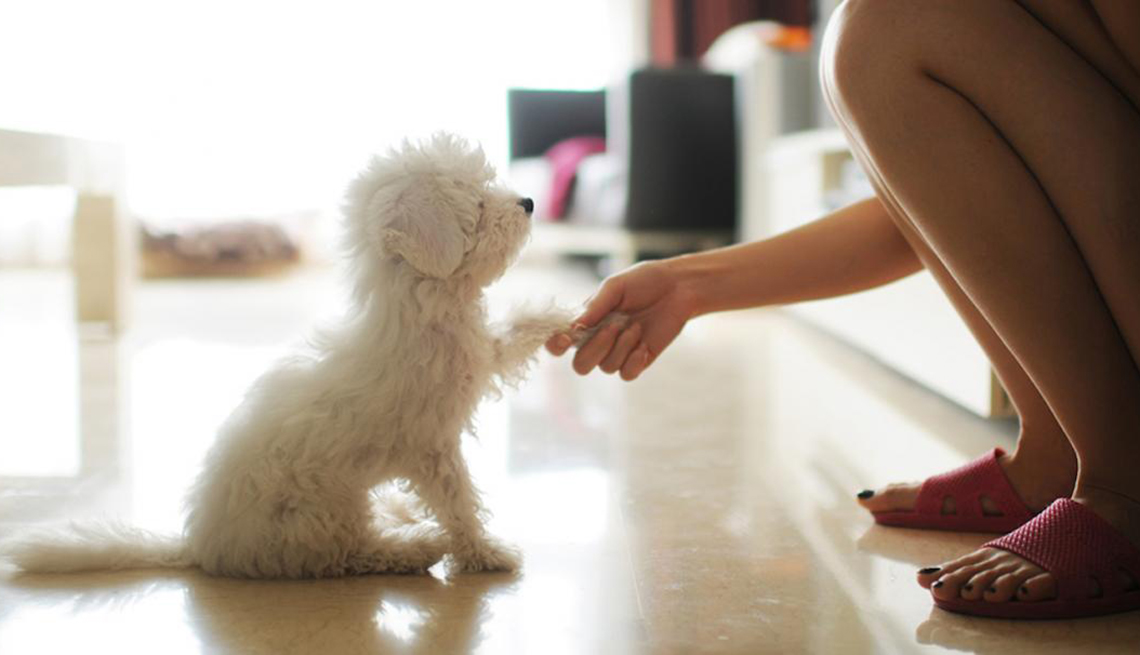 Want to feel happy? Make time for simple pleasures. Ninety-seven percent of Americans believe that having fun is important, yet half say it’s not a priority, according to a recent survey by Chase. And that lack of pleasure time is making America red, white and bummed: The Harris Poll’s annual Happiness Index found that the nation’s happiness score is a dismal 31 on a scale of 1-100.

To boost your mood, try these easy joy-inducing tips based on a variety of happiness research:

Charles Schulz was right: Happiness is a warm puppy. In a survey of pet owners conducted by Manahattanville College, researchers found that dog owners were not only happier than cat owners, but they were also more satisfied with life—and less neurotic. Having pets of any kind, however, can still brighten your mood. Ninety percent of pet owners say their animals make them happy, and 71 percent say they help lower their stress, according to survey by Houzz.com.

Turns out Norm and Cliff from Cheers discovered a secret of happiness. Regulars at local pubs are not only happier than those who bar hop, they have more friends and better life satisfaction—and they’re less likely to binge drink, an Oxford University study found. The benefits are more about joining a community than guzzling Budweiser, says study author Robin Dunbar. “Friendships are created and maintained mainly by face-to-face interaction, even in the Internet age,” he writes in the study report. Which means that spending time with people who know your name can be more intoxicating than the beer.

“Friendships are created and maintained mainly by face-to-face interaction, even in the internet age.” —Robin Dunbar, evolutionary psychologist

When researchers asked Americans if they’d prefer money or time, most chose money. But in a study published in the journal Social Psychological & Personality Science, those same people linked having more time with feeling happier. It’s the same principle behind studies showing that experiences are more enriching than things. Your new iPhone will soon seem old and outdated, but memories of vacations and dinners with friends remain fresh.

In a study by the University of Sussex and the London School of Economics and Political Science, 22,000 people downloaded an app to record their happiness levels, along with their location. The highest happiness scores occurred when participants were in marine and coastal areas. Don’t live near the water? Simply being outside for 20 minutes a day can make you feel more energetic and improve your vitality, according to a series of studies published in the Journal of Environmental Psychology. 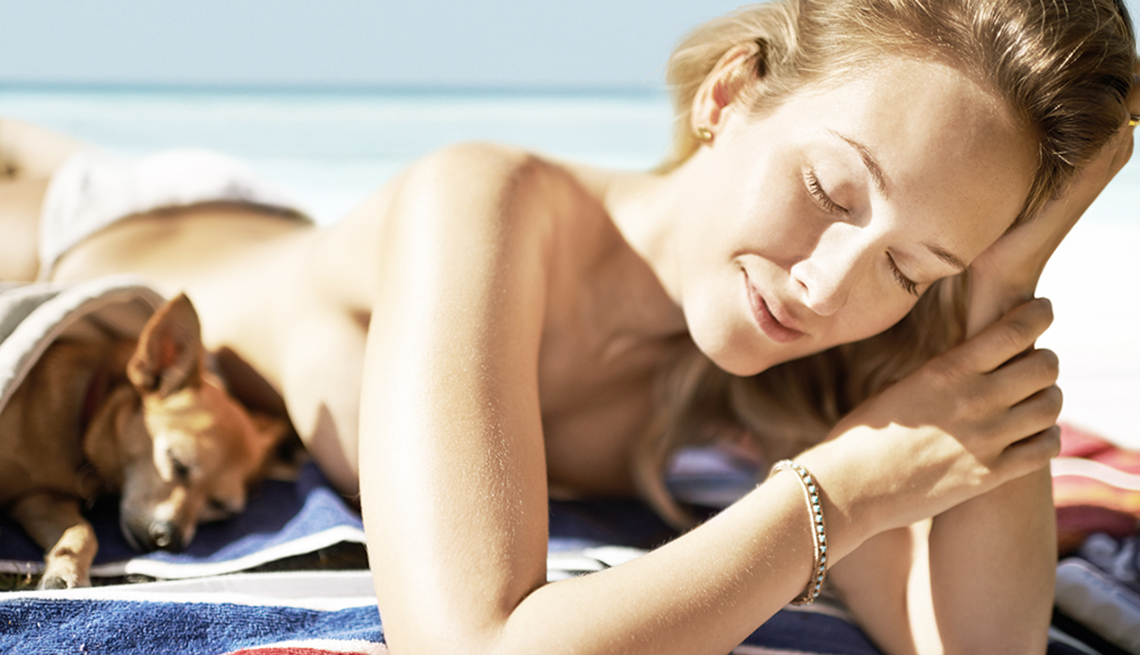 Flowers can be major mood boosters, reported researchers at Rutgers University. In a series of double-blind studies, scientists gave study participants one of three thank-you gifts: a decorative candle, a fruit basket or a bouquet of flowers. The delivery staff then secretly measured what’s known as the Duchenne smile: a genuine, heartfelt smile based on the movement of certain facial muscles. The folks who received flowers displayed that genuine smile in every case. Even better? They were still happier than the other participants three days later.

OK, you’d rather hear there’s a link between feeling happy and eating Ring Dings, but a recent study from the University of Warwick shows that eating eight daily portions of fruits and vegetables can significantly increase happiness. How significantly? Researchers compared the rise in life satisfaction to how unemployed people feel when they get a job.

See also: Two Small Changes That Will Make You Much Happier

There’s a link between cheerful music and feeling happy. Researchers at the University of Missouri found that study participants who listened to upbeat tunes reported higher levels of happiness after two weeks. So that means adding Pharrell Williams’ “Happy” to your playlist instead of Johnny Cash’s “Hurt” (though, yes, it’s an amazing performance). If you prefer classical music, researchers in another University of Missouri happiness study instructed subjects to listen to Copland rather than Stravinsky.

8. Dig out your photo albums.

When it comes to happiness, looking at photo albums is more powerful than eating chocolate (and better for your waistline). That was the conclusion of a study conducted by the United Kingdom’s Open University, which found that flipping through photo albums lifted moods by 11 percent among test subjects, compared to just 1 percent for groups that ate, drank or tried other activities. Looking through photo albums also made participants feel more relaxed compared to eating chocolate or drinking wine.

Generosity can ignite pleasure centers in the brain—the same areas that light up when we enjoy everything from ice cream sundaes to sex. Studies using functional magnetic resonance imaging (fMRI) scanners have confirmed this, showing brain activity when people are giving to others or even observing someone giving to charity. Giving back can also be a key to happiness later in life. Retirees are three times more likely to say “helping people in need” provides more happiness than “spending money on themselves,” according to Giving in Retirement: America’s Longevity Bonus, a report from Age Wave and Merrill Lynch. Giving back can even lengthen your lifespan: Research published by the American Psychological Association found that those who volunteer might live longer than those who don’t.

“It’s been so long since I had sex,” Joan Rivers once said, “I’ve forgotten who ties up whom.” More sex is good for your health—benefits range from lowering your blood pressure to easing pain—but as a happiness booster, the magic number may be once a week. A study published in Social Psychological and Personality Science, based on four decades of surveys involving more than 30,000 Americans, found that people who made love more than once a week were no happier than those who had sex weekly. The findings were consistent regardless of respondents’ age, gender or relationship status. Even if you’re not generating heat between the sheets, simple human contact can make you feel good. Kissing has been found to ease stress and lower cholesterol, and hugging has similar benefits: It increased oxytocin levels and decreased blood pressure in women who participated in a University of North Carolina study. Hugging might even prevent you from getting sick. And that, yes, should make you happy.

Ken Budd is the author of The Voluntourist and the host of 650,000 Hours, a digital series on travel and giving back debuting in 2017.