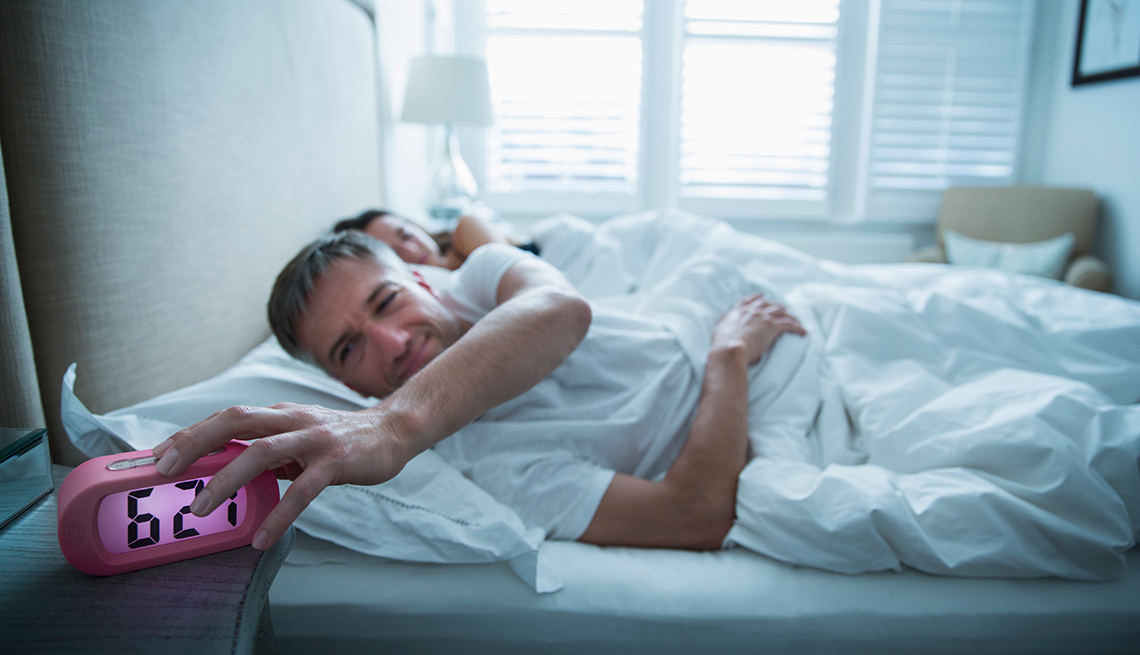 You might want to think twice before you reach for that snooze button tomorrow morning.

Are you someone who jumps out of bed at the first sound of your alarm, or someone who hits that snooze button — maybe more than once? The answer to that question could shine a light on your priorities.

A survey by Sleep Junkie, an online mattress company, found Americans who woke up thinking about work and money were less likely to snooze through their alarms in the morning. Breaking down tendencies by professions, the survey found government and public administration workers had the most financial motivation — and hit the snooze button the least. Finance and insurance employees came in second.

CBS News reported on the study and noted: “The dawdlers who keep hitting the snooze button instead of pouring coffee and hitting the road tend to do so in all probability because they don't want to go to work and might not like their jobs.”

This isn’t the first time we’re hearing of the snoozing debate. In 2014, the Huffington Post reported on how hitting the snooze button could screw up your entire day. “The more you snooze, the more confused your body and brain get,” Rafael Pelayo, a sleep specialist at the Stanford University Sleep Medicine Center, told HuffPost. While it may feel good to hit that snooze button, you could be paying the price later in the day.

Consistent sleep is important. AARP previously reported that falling into an inconsistent sleep pattern is one of the five mistakes people make preventing them from getting a good night’s rest. The National Sleep Foundation recommends most adults get between seven and nine hours of sleep each night. People 65 and over can get by sleeping a little less: seven to eight hours each night.