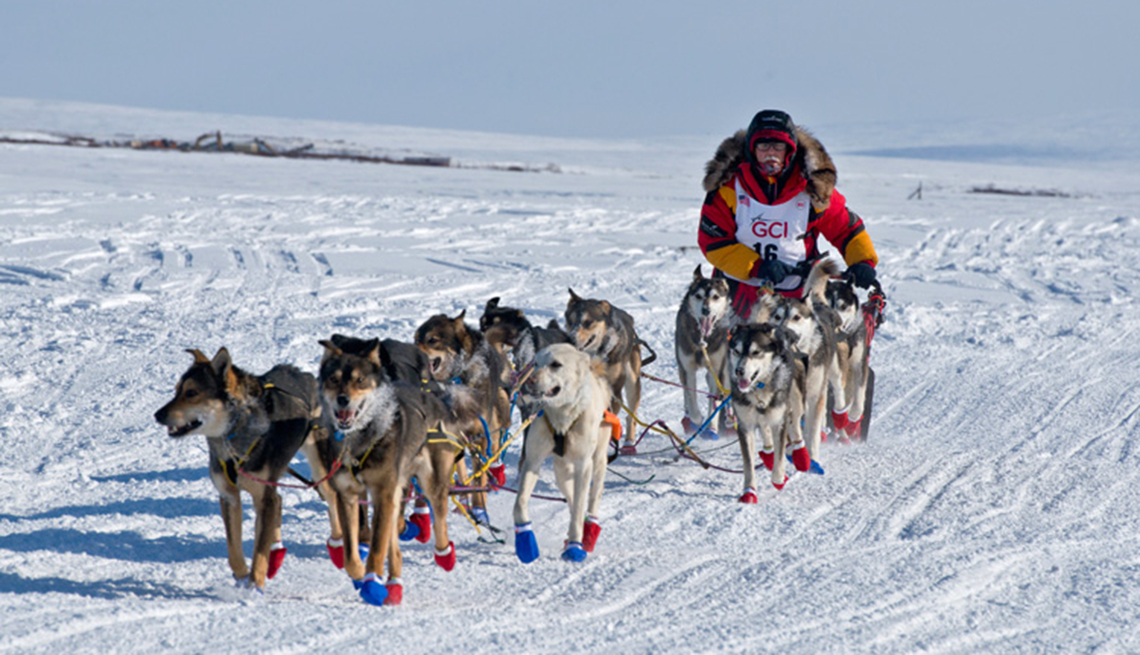 The Seward, Alaska, musher brought his dogs off the frozen Bering Sea and onto Front Street in the Gold Rush town of Nome after crossing nearly 1,000 miles of Alaska wilderness.

He outran his son, defending champion Dallas Seavey, and lapped the oldest musher record that he set at age 53 in 2013. He previously won the race in 2013 and 2004. Seavey also set a time record of 8 days, 3 hours, 40 minutes and 13 seconds, the Iditarod said. That shaved several hours off the record his son set last year: 8 days, 11 hours, 20 minutes and 16 seconds.

"Sweet" was the first thing Mitch Seavey said after getting off the sled at the finish line under the famed burled arch. It was broadcast live statewide. His wife, Janine, greeted him with a hug. "Oh, my gosh, look at what you've just done," she said. "You've changed the sport."

After talking to her, Seavey greeted each of his dogs and thanked them with a frozen snack. He later posed with his two lead dogs, Pilot and Crisp. "They get frustrated when they go too slow, so I just let them roll, which was scary because I've never gone that fast, that far ever, but that's what they wanted to do," he said.