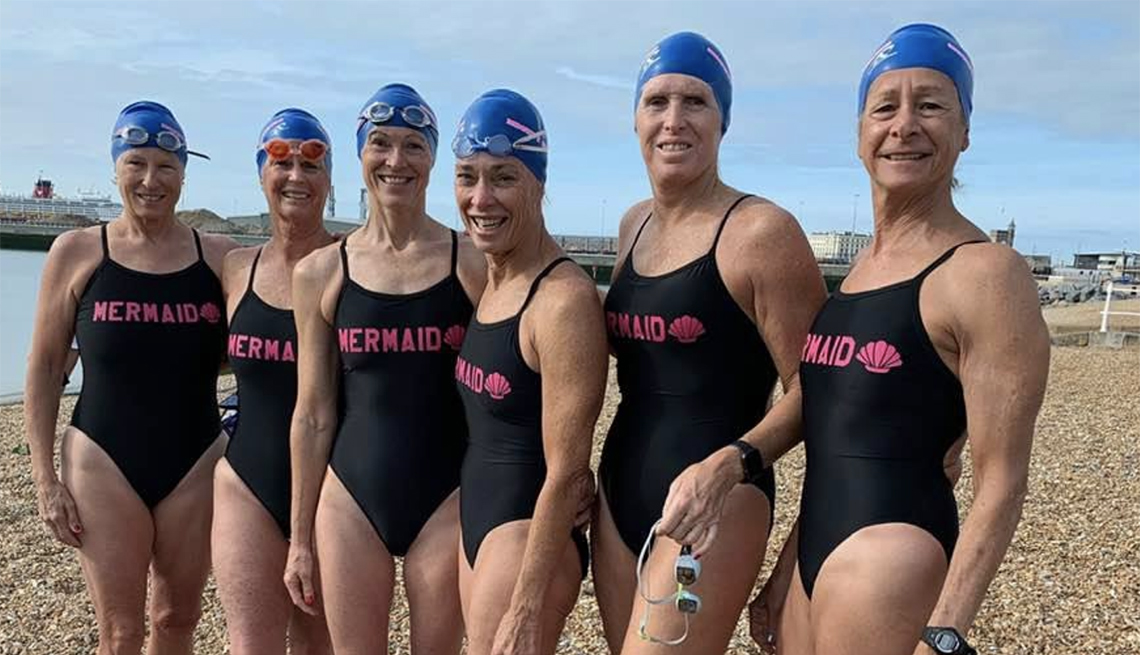 "We smoked it!” said Christie Ciraulo, 65, of Los Angeles, to the online publication NextTribe.

Ciraulo and five other members of a team they have dubbed the Mighty Mermaids are the first to complete a relay swim across the English Channel with all participants over age 60. They clocked in at an impressive 10 hours and 36 minutes, a record time for any relay across the channel this year.

The Mighty Mermaids set off on their journey from England to France in dark nippy waters on July 22 at 2:07 a.m. — their original swim start was delayed by the pilot boat's captain due to rocky waters. Although the distance creates a challenge in itself, the currents make the trek harder since it can push the swimmers off course and tack on more miles.

"We were a little startled by the size of the freighters, and we did deal with the wake from many of them,” Ciraulo told NextTribe about ships in the vicinity. They also encountered four types of jellyfish.

This feat was not the only daunting swim they have completed since they first began as an over-50 relay team in a 10-mile competition across Lake Tahoe, California, in 2008. They set another record in 2010 when they crossed the 21-mile Catalina Channel in just under nine hours and 20 minutes, an hour and a half faster than the previous all-female relay team over 50. They also completed a 28.5-mile circuit around Manhattan in New York in 2009.

When Ciraulo first went about creating the relay team more than a decade ago, she told the online magazine Ageist: “I only knew these women by name, but I sent them emails asking them to swim with me. I pushed send and left for an early morning workout. I came home to FORTY-TWO emails! The Mighty Mermaids were already committed and picking out our team color, team suits and team nail polish!"

The Mighty Mermaids — who join the list of 1,832 people who have swum the English Channel since 1875 — also include Nancy Steadman Martin, 64, of Oceanport, New Jersey; Veronica Hibben, 63, of Huntington Beach, California; Jenny Cook, 61, of New York City; Karen Einsidler, 63, of Tenafly, New Jersey; and Tracy Grilli, 62, of Londonderry, New Hampshire.