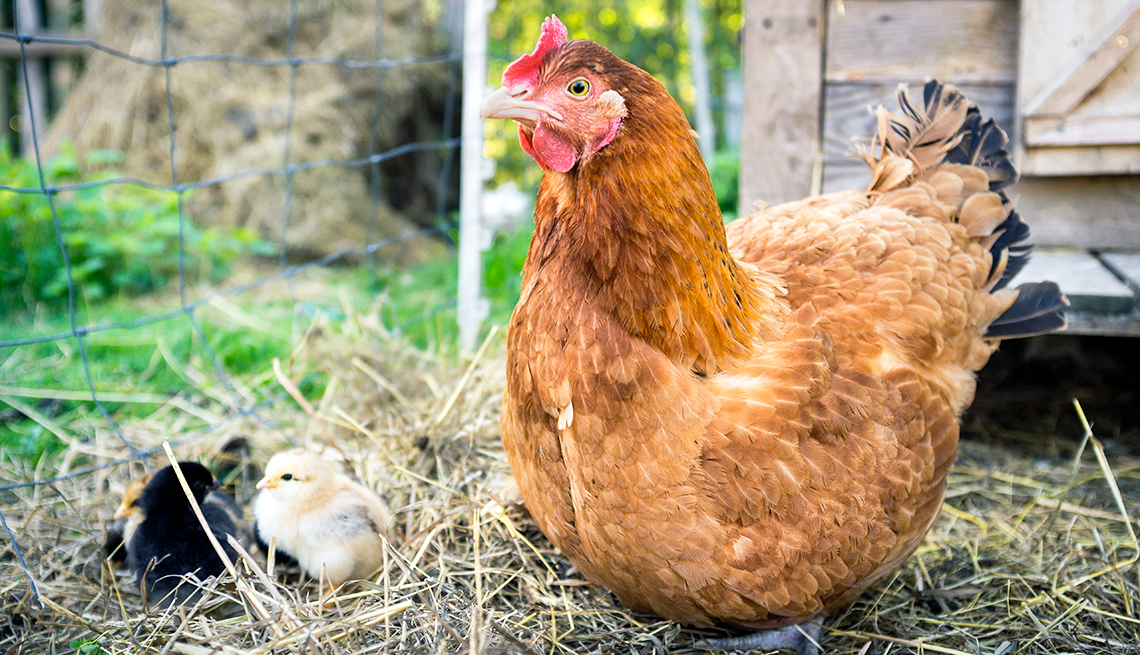 Concerns are still rising even as chicken producers speed up the process.

You might have noticed an uptick lately in chicken prices at the supermarket. And thanks to a convergence of factors, that uptick might soon turn into something more serious.

The Wall Street Journal reported last week that, between January and May, an average of 81.52 percent of eggs placed into incubators by commercial chicken breeders actually hatched. That is the lowest level in a decade.

Of course, those chicks become the chickens that end up on your plate. Since fewer of them are hatching, prices are climbing. Retail prices are up 3 percent this year, but potentially more worrying is a jump at the wholesale level: Wholesale prices for boneless chicken breast meat has gone up 68 percent, according to the Journal.

The concern has arisen even as commercial chicken producers continue to speed up the process of raising chickens from egg to market.

"Thanks to a combination of selective breeding and rearing practices, most of today’s chickens raised for meat (commonly known as “broiler” chickens) are a much healthier and faster-growing stock than the chickens of a few years ago," the U.S. Poultry and Egg Association said on an informational website. Chickens now can be raised to full size on about seven pounds of feed, compared to 16 pounds in the early days of commercial operations, according to the association. That's done without the use of hormones or steroids.

That skill might actually contribute to the issue of breeding chickens. Among the potential reasons for the drop in hatched eggs:

“These birds can grow to become big ol’ couch potatoes,” Phil Stayer, the corporate veterinarian for Sanderson Farms, told the Journal. The Mississippi-based company raised about half a billion chickens last year.

It may be too soon to say how this ultimately will affect consumers. The U.S. Department of Agriculture’s latest report shows a drop week-over-week in the price of whole chickens, and grocery stores use long-term contracts to help guard against a sudden surge in poultry prices. But those contracts eventually must be renewed, and the costs get passed along.