Breathe for a Better Workout

Tips to help you through favorite exercises 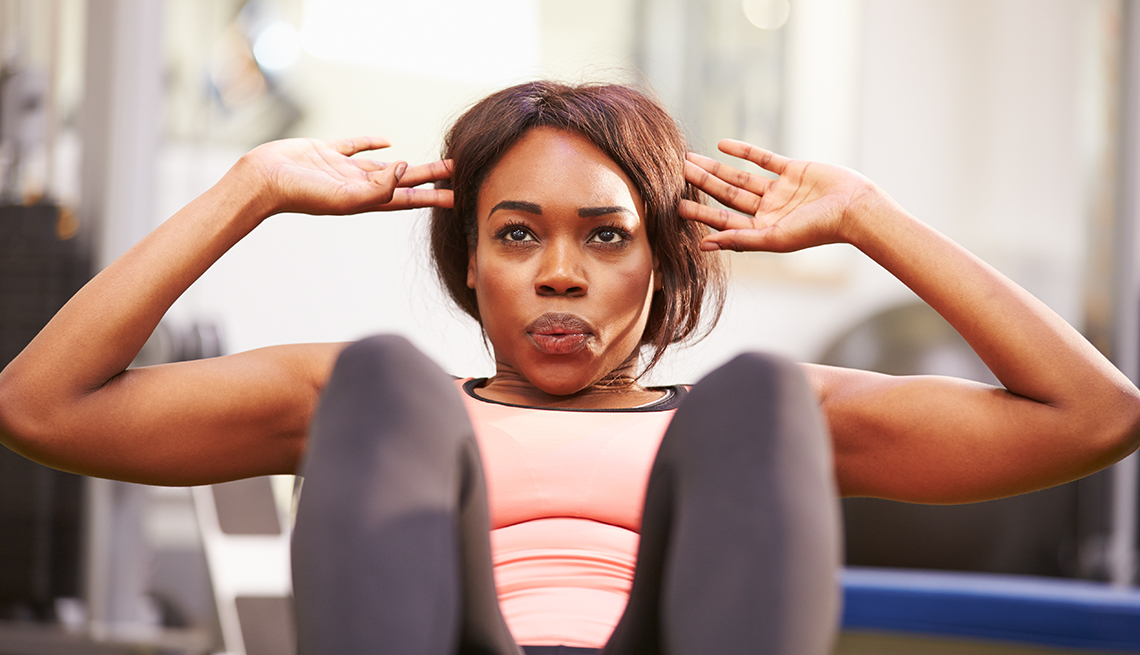 Why it's important to breathe properly during your workout.
Getty Images
By:
Jessica Theifels
April 21, 2017

"Breathe!" Personal trainers and their peers like to remind you of this, as if you don't know how. You've been inhaling and exhaling all your life. But during a workout, you might not be getting it right. Whether you're running, walking or doing squats, learn the best techniques to get the smoothest performance out of your activity. 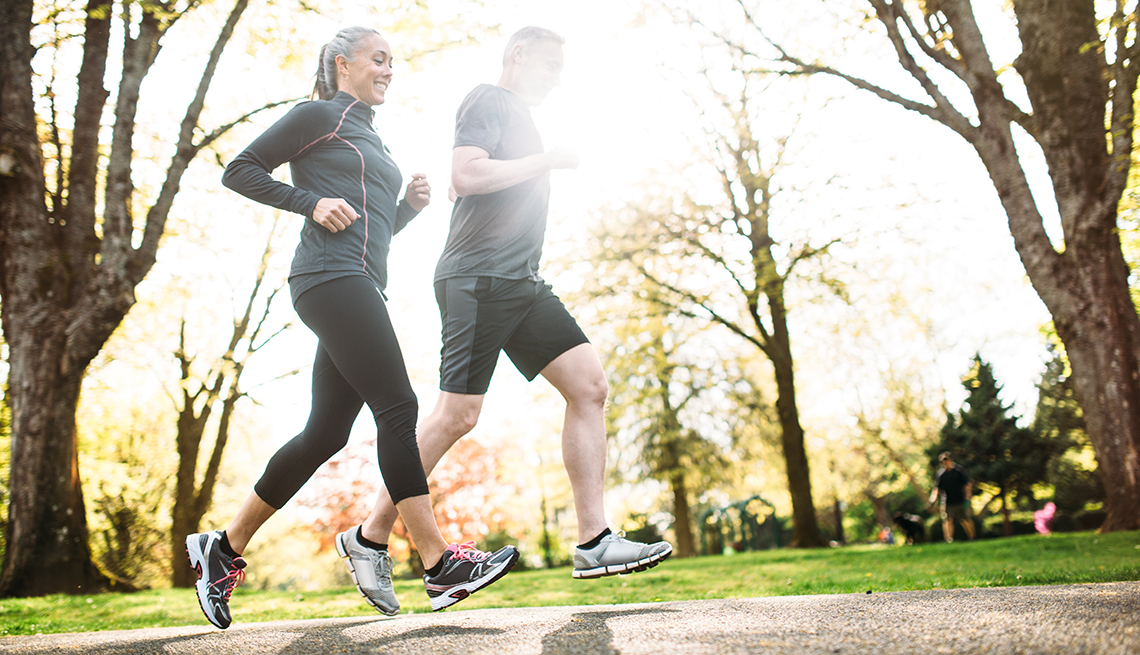 First: Why not breathing is bad 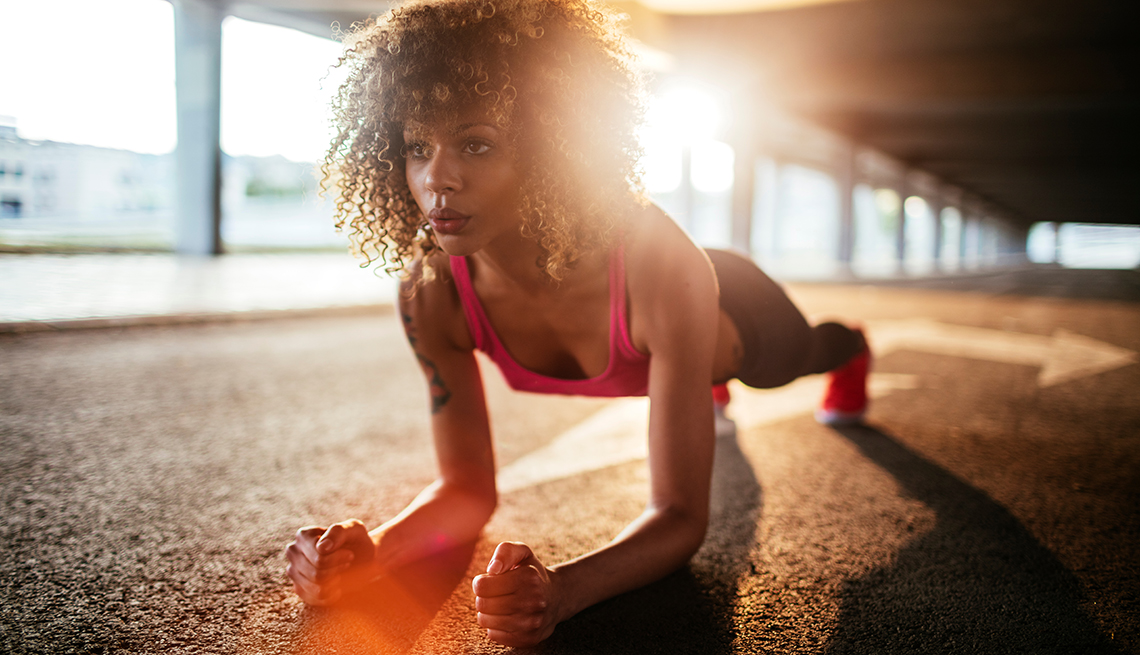 "We tend to hold our breath as a way to stabilize the torso and create pressure around the abs," says Galina Denzel, coauthor of Eat Well, Move Well, Live Well: 52 Ways to Feel Better in a Week. If the exercise gets intense, we hold our breath as a way to get extra strength out of the core, "so it then becomes a crutch." That's not good. We need regular oxygen to feed our muscles. This is why we breathe heavily and consistently while running and walking, she says. By cutting off the oxygen to our bodies, we risk hernias, muscle cramping and dizziness, which can lead to a fall. 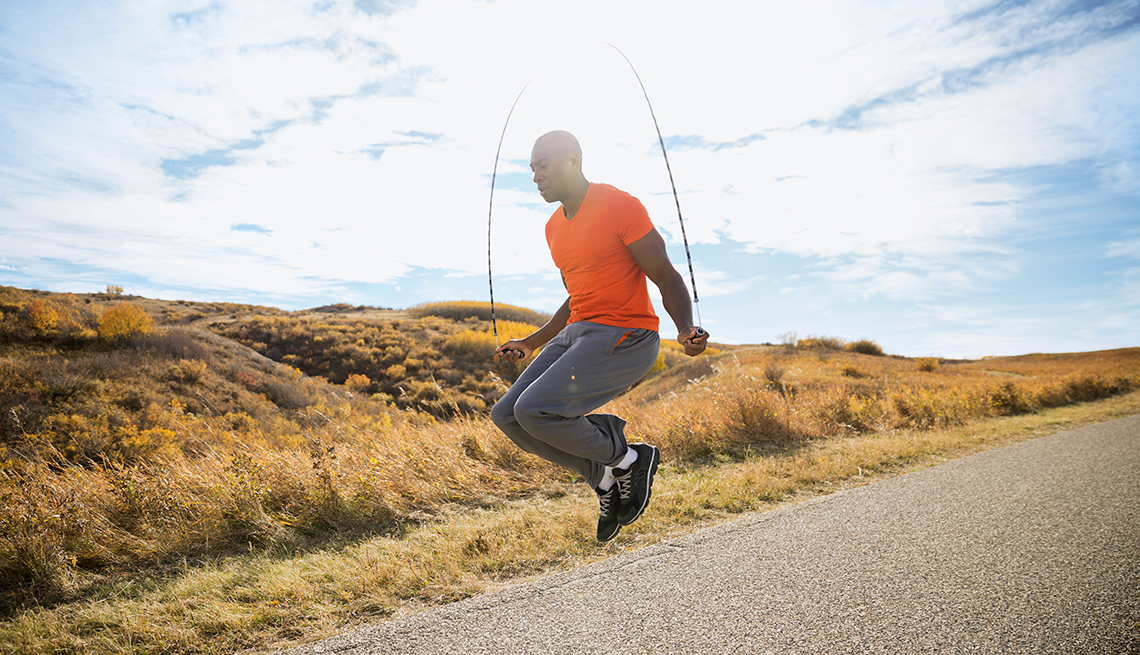 For a safe and effective workout, try these techniques. 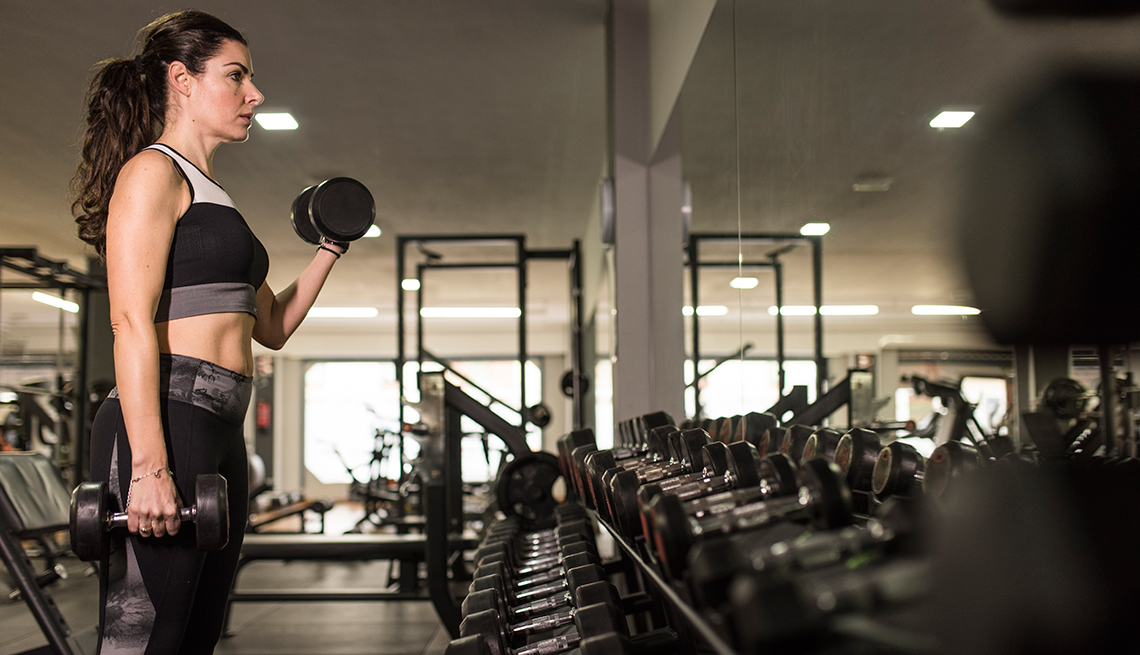 How to breathe during a strength training routine.
Getty Images

Be a "belly breather," says Susan Shane, licensed acupuncturist and creator of Exaircise , which teaches people how to breathe deeply. Use the entire abdominal area for oxygen, not just the top of your chest. You'll have more energy to finish because air is fuel for the aerobic system that your body uses during cardiovascular exercise.

Some runners prefer a rhythmic pattern. Chiropractor Beverley Marr suggests breathing in once through the nose and exhaling twice through the mouth (in-out-out) while running. It may be awkward at first, but with practice, it will come to you naturally.

During core and abdominal exercises, it's common to stop breathing as you crunch your body in half or pull your belly in tight. But keep breathing to help stabilize your torso. Breathing "allows the muscles on the front — such as the rectus abdominis and obliques — to do their job easily and maintain this balancing position longer," explains Denzel. In other words, it makes your plank more effective.

The next time you're called to do a plank or any static core exercise, try this advice from yoga expert Ann Green:

As you exhale, draw the breath out as the rib cage contracts generously back to the midline — the deep core. Keep a four count "in" and a four count "out," and really pay attention to the tissues, especially along the midline, coming back to deep core with your exhale.

Also, focus on relaxing the pelvic floor as you inhale, Green says, which will strengthen it — a wonderful health benefit as you age.

When you're doing a HIIT workout

High-intensity interval training can leave you breathless — and quickly. Let's say you're doing 30 seconds of jumping jacks during a routine. You're probably taking big breaths in through your mouth to get more oxygen fast. But this actually decreases blood levels of carbon dioxide, inhibiting the body's ability to release oxygen into the cells.

Your nose is the preferred way to get oxygen into your body. "The body is exquisitely designed to breathe through the nose," says Kate Hanley, a life coach who teaches relaxation techniques. "The hairs in your nose help purify the air and remove potential irritants and toxins, and the nasal passages and sinuses help with regulating the temperature of the air you inhale."

If you get to a point where you're too out of breath and start to lose your form, slow down until you can resume again.

When you're lifting weights

It's crucial to breathe properly when strength training. Not only does proper breathing support the exertion of the exercise and allow you to lift more with better control, but not breathing can lead to hernias.

Luckily, there's a simple technique. Let's use a bicep curl as an example. Exhale as you raise the weights to curl, then inhale as you're lowering. For a push-up, inhale as you lower to the floor, and exhale when you press yourself up.

Staying in tune with this breathing can even help ensure you're not lifting weight that's too heavy for you. "If you find yourself grunting or pausing in breath , it might be an indication that you've jumped too high in weight," says Katy Bowman, a biomechanist and author of Dynamic Aging. "Lower the amount you're lifting until you can execute the move while breathing smoothly."

To get better at taking consistent and even inhales and exhales, practice during cooldown and stretching, as well, Hanley says.

Spend two to five minutes focusing on extending your exhales, allowing you to bring your parasympathetic nervous system online. This system rules the relaxation response, digestion and recovery. Ultimately, you need both sides of the coin — exertion and rest — for true fitness and health, yet we rarely focus on conditioning our body for rest.

Practicing your breathing while stretching allows you to condition your body in this way. It also allows you to seamlessly move between the activity and rest, maintaining proper breath throughout the entire workout.

When you've mastered an even inhale and exhale, it's time to focus on exercise-specific breathing. This will allow you to maximize the benefits of each exercise and avoid the dangers of forgetting to breathe.

Jessica Thiefels is a full-time blogger and fitness professional in San Diego. 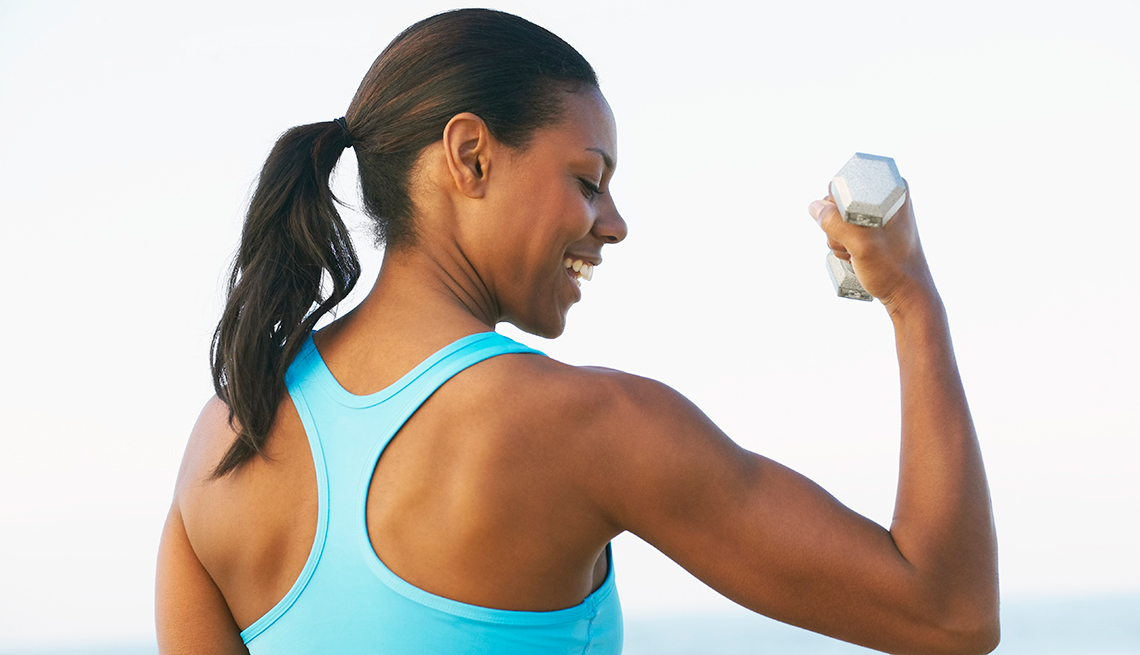 Lifting Lighter Weights As Effective As Heavy Ones

Study finds it's not the pounds, but the reps that count 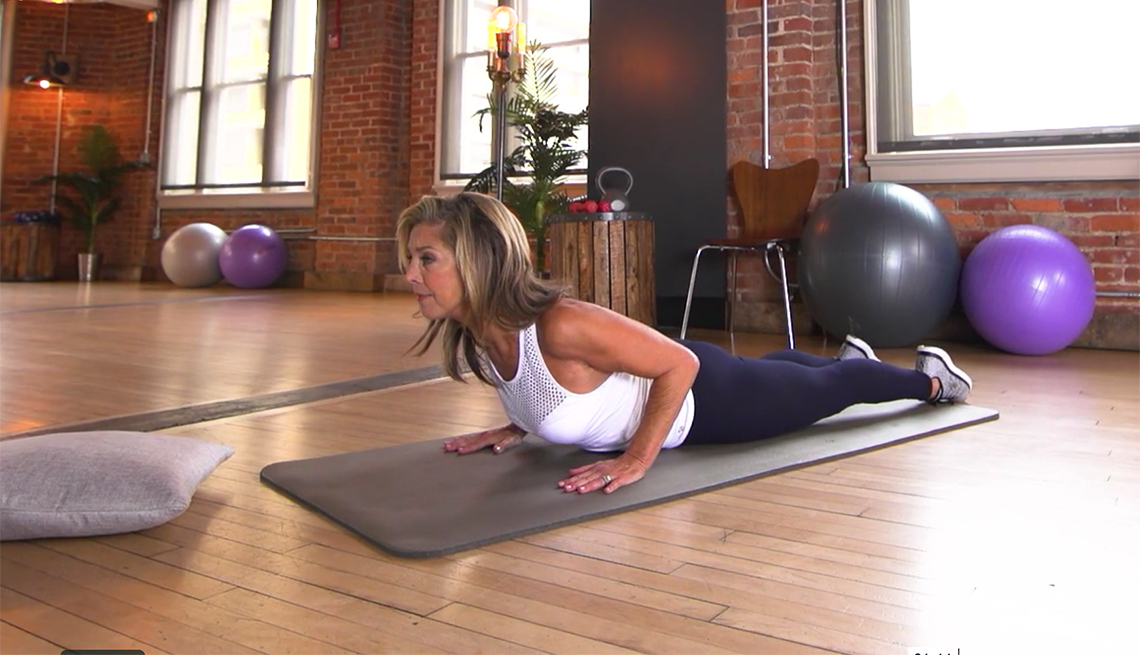 3 Stretches for a Healthy Back

Maintain mobility with this simple series of exercises 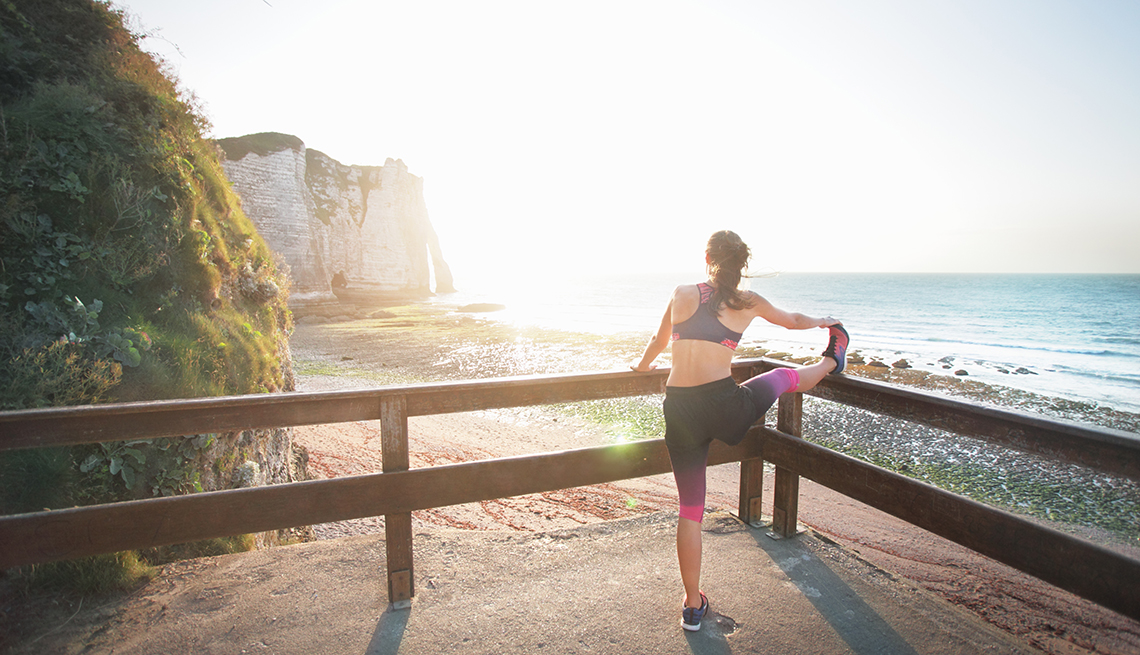