En español | Millions of Americans who use acupuncture can take heart from a new study that provides evidence that the ancient Chinese healing therapy can help reduce chronic pain by as much as 50 percent — welcome news for sufferers of back pain, arthritis, headaches and other painful conditions. 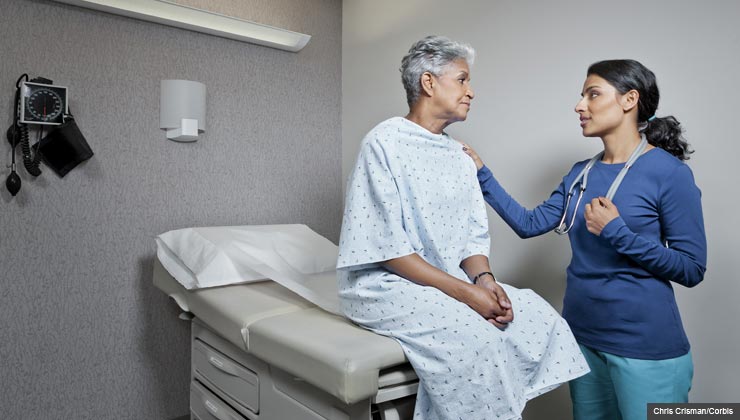 Acupuncture can be quite effective in pain management.

A rigorous review of 29 randomized controlled trials, involving nearly 18,000 patients, shows that acupuncture was better at relieving pain than over-the-counter medicines and other common treatments, says Andrew Vickers, a researcher at Memorial Sloan-Kettering Cancer Center in New York, who led the multinational study.

"What this study provides is fairly strong evidence that acupuncture is an effective treatment for chronic pain," Vickers says, adding that about 3 million Americans use acupuncture each year.

In these trials, some people suffering from back and neck pain, osteoarthritis, chronic headache and shoulder pain received standard acupuncture treatment, in which tiny needles are inserted into traditionally specified points on the skin. Others received fake acupuncture treatments, in which the needles were inserted at random points on the skin, or they were "treated" with needles that retracted into handles instead of entering the skin. Additional participants received no needle-based treatment at all.

Overall, those treated with real acupuncture had their pain symptoms reduced by 50 percent. Those who received sham needling saw a 43 percent drop in pain, while the no-acupuncture group reported their pain was reduced by 30 percent. A placebo effect — the strong psychological belief in a treatment's effectiveness — likely accounts for the greater improvements seen with sham therapy than no therapy. The study, funded by the National Institutes of Health and published in the Archives of Internal Medicine, drew on the work of dozens of researchers across the United States and Europe. Vickers says he and his collaborators painstakingly checked the original patient data as part of their review.

"It's a potentially very important article," says Edgar L. Ross, M.D., director of the Pain Management Center at Brigham and Women's Hospital in Boston and an associate professor at Harvard Medical School. Ross, who works with an acupuncturist at his center, says he sees similar benefits, although the average 50 percent pain reduction reported in the study was greater than that experienced by his patients. In his practice, "it's closer to 25 or 30 percent reduction in pain scores."

Western-trained doctors are increasingly willing to recommend acupuncture to their patients, but there's still no clear scientific explanation for why it works, Ross says. One theory is that acupuncture triggers the release of endorphins, natural painkilling compounds in the brain. Another is that it affects neurotransmitters, the chemical messengers that help brain cells communicate pain.

"It's very safe in trained hands," Ross says, though he also believes in a pain management plan that uses a mixture of techniques. Acupuncture "is certainly a very viable therapy," but it should be considered as one part of a whole pain treatment plan, he adds.

Go to the AARP home page for tips on keeping healthy and sharp, and great deals.