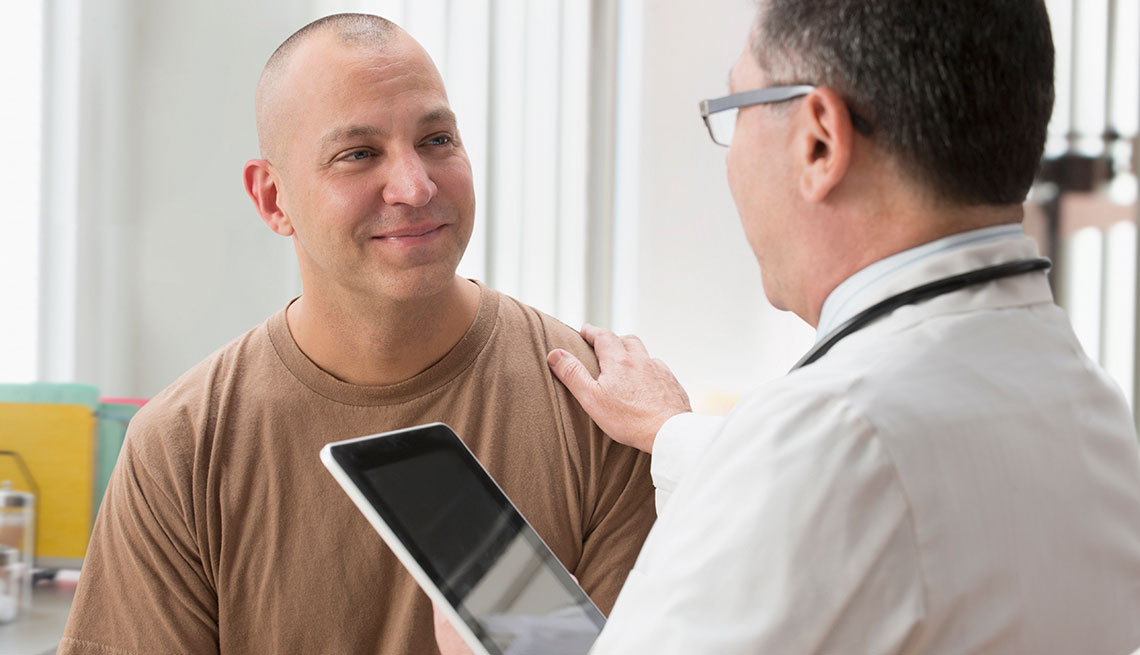 Big changes are here for Tricare, the military’s health care program for service members, veterans and their families.

The changes, which went into effect Jan. 1, alter the way many Tricare recipients pay for and access their health care. The changes were made as a result of the National Defense Authorization Act for Fiscal Year 2017 that was signed by President Obama in December 2016. The changes to Tricare included in the law aim to modernize and streamline the program, and provide beneficiaries with better care.

For most of these people, the revamped program will be “the biggest change they have had since [Tricare’s] implementation” in 1996, said Kenneth Canestrini, acting director of the Tricare Health Plan at the Defense Health Agency.

Here’s what you need to know about the changes ahead.

Some Tricare plans will stay the same. While the changes affect a few of Tricare’s largest programs, there aren’t any changes to Tricare for Life, which offers Medicare wraparound coverage for Tricare-eligible beneficiaries who have Medicare Part A and B. The U.S. Family Health Plan and the Tricare Retiree Dental Program also are unaffected by the changes.

The biggest switch will occur for those enrolled in Tricare’s Standard and Extra programs, which have been combined to form Tricare Select. Select is a self-managed, preferred-provider-network plan that works similarly to its predecessors. There are approximately 1.94 million beneficiaries currently enrolled in the Standard and Extra plans.

“Patients will continue to have the same level of freedom of movement and no requirements for referral of care,” Canestrini said. “But we will expand the network capability across the U.S. to build a network that 85 percent of the Tricare Select population will have access to.”

Costs may go up for some. Until now, the Standard and Extra plans used a cost-share model in which beneficiaries paid either 20 percent of allowable charges for in-network care or 25 percent for non-network care, meaning everyone under the program incurred different costs. That changed on Jan. 1 when Select took over and implemented a copay system similar to what is seen in civilian insurance plans.

Under the new system, Tricare beneficiaries are divided into two groups based on when a person entered the military service. Those in Group A (enlisted before Jan. 1) are grandfathered into the new copay system and will pay slightly higher copays than Group B.

While some people will end up paying more in out-of-pocket fees, the copay system “will provide predictability [for patients] and ease of administration,” Canestrini said.

Active enrollment is required going forward. Enrollment in Tricare benefits used to be automatic, with no action required of the beneficiary. But as of Jan. 1, everyone will need to actively enroll in either Tricare Prime or Tricare Select, or else be ineligible for coverage outside of a military installation.

The good news is that Tricare automatically enrolled current beneficiaries in their appropriate plans throughout December of last year. Online enrollment through the Beneficiary Web Enrollment (BWE) website also will be up and running this week, according to Tricare.

There will be a one-year grace period for 2018, during which changes to enrollment can be made when needed.

Starting in 2019, you will only be able to enroll in or change your Tricare plan during the open enrollment season or within 90 days of a qualifying life event, such as a marriage, birth or relocation.

The three Tricare regions have been reduced to two. Tricare North and Tricare South have been combined to form Tricare East. Tricare West remains mostly the same.

Your Tricare benefits remain the same regardless of where you live, but each region will receive new regional contractors that serve as the main point of contact for customer service, claims processing and prior authorization for certain health care services. Tricare East’s new regional contractor is Humana Military, and Tricare West’s is Health Net Federal Services.

If you are covered under Tricare Prime and your regional contractor is changing, you will need to make sure your doctor and health providers are included in the new network. The other plans will allow you to continue to see your providers if they are Tricare authorized. The 2018 Tricare Network Provider Directories for the East and West regions are now available.

The current Tricare Retiree Dental Program will end this year. The program, which covers basic dental care for retired military and their families, will end on Dec. 31. It is being replaced with the Office of Personnel Management’s Federal Dental and Vision Program (FEDVIP), which will offer retired military members more choice in dental plans and coverage. Enrollment for these plans will begin Nov. 12 and run through Dec. 10., during the new open enrollment season.

Active duty military, retirees and their family members will also be able to sign up for vision plans through FEDVIP in November. These plans will offer beneficiaries more comprehensive coverage than what is currently offered under Tricare.

Tricare will provide more information on these dental and vision plans closer to open enrollment in November.