Taking Multiple Medications Can Lead to Unsafe Interactions and Side Effects

Your daily drug regimen could be causing more harm than good 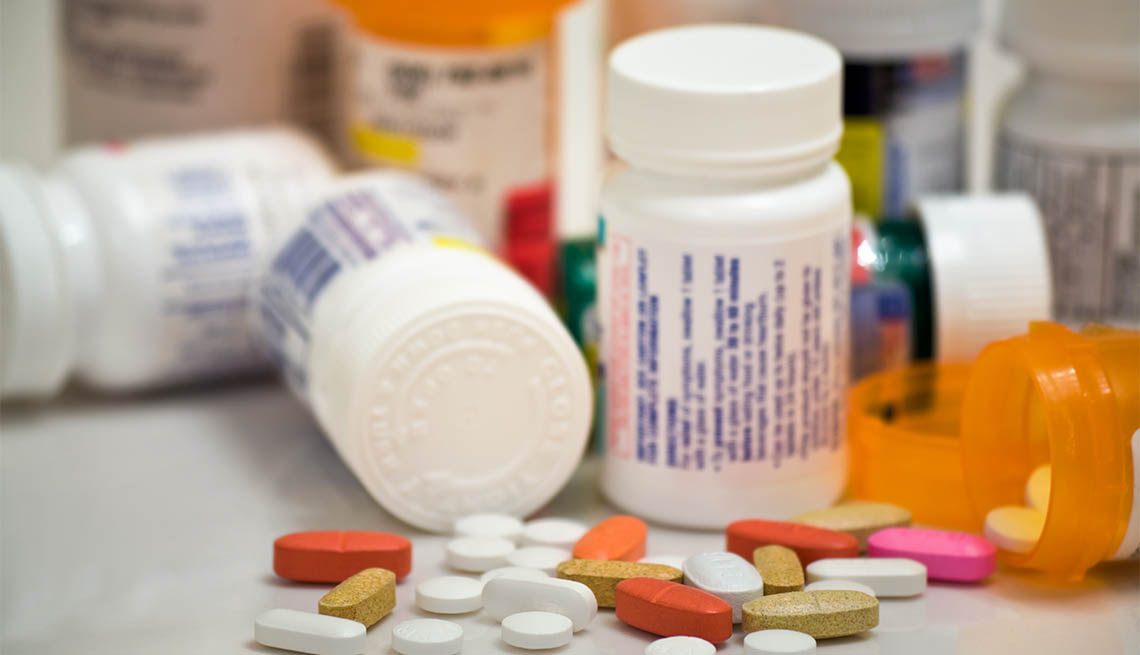 From the time she was 15, Anne Halli-Tierney knew she wanted to be a geriatrician — and it's all thanks to her grandfather, who she said “became a human being” after seeing one.

At one point, Halli-Tierney says her grandfather was taking more than 20 prescription medications a day to manage his chronic illnesses. However, after a few visits to the geriatrician — a doctor who specializes in the treatment needs of older patients — that list got whittled down to eight.

"He had much more energy, his quality of life went up a great deal, and I think it was because he was literally overmedicated. They just basically made his medication list efficient,” says Halli-Tierney, a geriatrician and assistant professor of medicine at the University of Alabama. “And I was, like, ‘Oh, I want to grow up and do that. ’ “

Fast-forward several years, and Halli-Tierney says polypharmacy — a term used to describe the concurrent use of several medications, typically five or more — is still common, especially among adults who see more than one doctor to manage multiple chronic conditions.

Some researchers estimate nearly half of adults between the ages of 70 and 79 take at least five prescription drugs, and an additional 10 to 20 percent take 10 or more medications. And polypharmacy is becoming more common: Several studies have found that its prevalence has increased in recent years, especially among older adults.

Experts point to several drivers behind the trend, including the growing chronic disease crisis, coupled with television ads that drive patient interest.

Medications are also safer than ever, and this may play a role in the rise of polypharmacy, says Simon Haroutounian, an associate professor of anesthesiology at Washington University School of Medicine in St. Louis and author of Preventing Medication Errors at Home.

But taking several medications at once is not necessarily a safe practice. Drug errors lead to thousands of hospitalizations and deaths each year, and polypharmacy comes with a host of risks, including cognitive impairment, falls and negative interactions between drugs.

Plus, it can be taxing on one's financial health.

"The more medications you're on, the more you're having to pay for medications,” Halli-Tierney points out. “A lot of times, people are strapped financially because of medications, and sometimes people don't take medications they're supposed to because they're not able to afford them.”

If you're concerned that you are taking too many drugs, there are some things you can do.

1. Review current prescriptions with your doctor. The next time you have an appointment with your primary care provider or geriatrician, bring in a list of all the prescription drugs you take and ask your doctor to go through it with you. Nearly half of older adults take one or more medications that are not necessary, research shows. And your doctor may be able to eliminate some or help make your list more efficient.

"It's easy for people to prescribe within their own silos,” Halli-Tierney says, referring to specialists who see patients for one condition. “And it's easy for one person to do that without looking at all the other medications people are on.” That said, not every patient has a drug list that's easy to trim.

"Sometimes, even though people are on a bunch of medications, they make sense … and are appropriately prescribed,” Halli-Tierney explains. “The worst thing the doctor can say is, ‘No, they're all essential.’ And then you can go from there. But that would at least let the doctor know that the patient is thinking about this and wanting to simplify their routine a little bit.”

2. Assess your over-the-counter usage. Don't forget about any nonprescription pills you're taking. Over-the-counter medications come with side effects, too, and can interact with other drugs you are taking.

For example, nonsteroidal anti-inflammatory drugs, such as ibuprofen, are safe in “usual doses,” but can lead to stomach ulcers and bleeds if taken too often, Haroutounian says. Another drug to keep an eye on is acetaminophen (Tylenol) — and that's because it's often an ingredient in a number of other prescription and over-the-counter medicines, including cold and flu remedies, Halli-Tierney says.

"People don't realize that, and they might take a dose of DayQuil, and then they might take their regular doses of Tylenol and they might actually be over the daily limit,” she explains. Your doctor should also be informed of any supplements that are part of your routine. Saint-John's wort, for example, is commonly used as a mood booster, but it's “notorious” for interacting with “a bunch of medications,” including antibiotics, Halli-Tierney says.

"People see [supplements] on the shelf, and they think, Oh, I could just pick this up, it's going to be fine. But if there are other things that they're taking, it might be something that could interact,” she adds. If you have a question about how a supplement or over-the-counter therapy may interact with other medications and your doctor isn't available, ask a pharmacist. They are often an “underutilized” and “very valuable resource” for drug-related questions, Haroutounian says.

3. Ask questions before filling new prescriptions. Nobody should take a medication without knowing what it's for, Halli-Tierney says. So if your doctor writes a new prescription and doesn't go over the details, speak up. Ask about the potential side effects, as well as any interactions the drug may have with other pills you take. If the side effects sound too harsh or like they could impact your quality of life, ask if the treatment is absolutely necessary, Haroutounian advises.

"There's really a need to have an honest conversation: Is that potential improvement or potential prevention of whatever event that may or may not occur within the next 20 years worth those daily side effects?” Haroutounian points out. And because “not all drugs are going to work for all patients,” it's important to know how to tell if the drug is working for you, he says. “If a person does not have the tools to monitor their success, and they're not given the information about what that success looks like, they're likely to just keep taking the medication, even though in many cases they don't necessarily benefit from it,” he adds.

Hundreds of Prescription Drugs Are Costlier in 2020

Tainted Drugs: Are Our Prescriptions Safe?

What you should do if a medication you're taking is recalled