Will a COVID-19 Vaccine Be Safe?

If you're worried about a vaccine being rushed to market, here's what experts say you should know about the risks 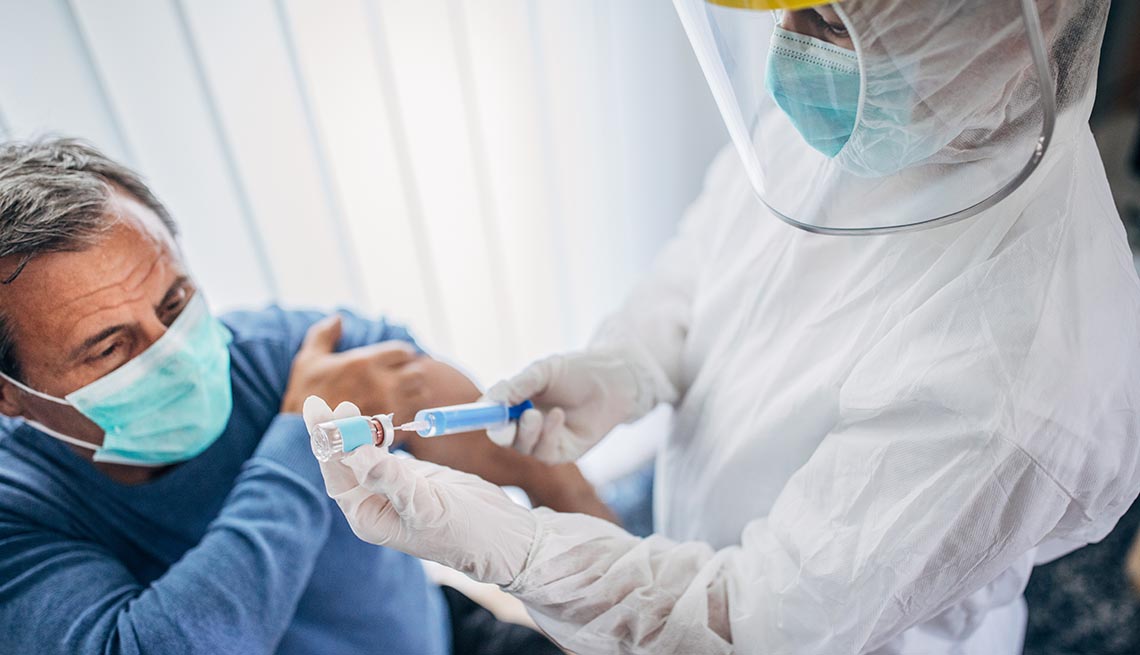 The novel coronavirus has spread across the nation at record speed, infecting millions of Americans and killing more than 150,000. Although COVID-19 attacks people of all ages, genders and ethnicities, older adults are particularly vulnerable — about 80 percent of COVID-related deaths occur among people over age 65, according to the Centers for Disease Control and Prevention (CDC).

Almost two dozen vaccines are in various stages of testing around the world, with one, Moderna's mRNA-1273, already showing promising results. But most vaccines typically take anywhere from eight to 15 years to develop, test and produce. Up until now, the fastest was the mumps vaccine, which took four years. Here in the United States, the government vowed this spring to have a COVID-19 vaccine ready within 12 to 18 months and has created a project known as Operation Warp Speed, investing over $1 billion with the goal of providing enough vaccine for 300 million Americans by January.

But with that accelerated timeline come worries that any vaccine developed will not have had enough testing — especially safety testing — behind it. History shows it pays to be cautious. Case in point: the Cutter incident of 1955, when some batches of an approved polio vaccine turned out to contain insufficiently inactivated live virus. This led to more than 250 cases of polio, many of which resulted in paralysis. More recently, the RotaShield vaccine, the first rotavirus gastroenteritis vaccine, was recalled in 1999, about a year after U.S. Food and Drug Administration (FDA) approval, after it was linked to bowel obstruction in infants.

The good news: Experts say you can feel very confident that any vaccine that makes it through FDA approval today is safe. “It is important to reassure older adults that we are not cutting corners at all,” says Mark Mulligan, M.D., director of the Division of Infectious Diseases and Immunology at the New York University Langone Health in New York City. “The speed comes from doing things in parallel that would normally done sequentially — for example, producing a vaccine at the same time as we're doing studies to make sure it's effective, safe and tolerated well."

To understand the steps researchers are taking to streamline vaccine development, it's helpful to understand a little bit more about vaccines. These are designed to mimic the immune response you develop after you're exposed to an infection. “They prime your immune system to recognize a certain virus or bacteria and to produce antibodies against it, so that the next time it shows up, your body revs up with enough force to fight it,” says William Schaffner, M.D., professor of preventive medicine, Division of Infectious Diseases, at Vanderbilt University Medical Center in Nashville. This teaches the immune system to recognize the pathogen, enabling the body to clear the infection the next time it is exposed.

Some of the science behind developing this new vaccine is already in place. “A lot of research went into creating vaccines for two other dangerous coronaviruses — the SARS coronavirus [in 2002] as well as the MERS coronavirus” in 2012, Schaffner says. As a result, many drug companies already have technology that they've been able to use. In the case of COVID-19, scientists have been able to identify the sequence for a key protein on its surface called a spike protein. Moderna's vaccine transports a genetically engineered version of this spike protein via RNA, for example, while other companies, like Johnson & Johnson and AstraZeneca, use a weakened version of the adenovirus (the virus that normally causes the common cold). Each of these two approaches would stimulate your immune system to fight the disease caused by the virus so that you develop immunity to that disease, without exposure to the disease itself, Mulligan says.

The FDA also issued guidelines June 30 to outline what's expected for companies developing a potential COVID-19 vaccine, stating that it “will not cut corners.” This means that vaccine developers will be expected to undergo the rigorous clinical trial process all other vaccines have gone through, says vaccine expert Anna Durbin, M.D., professor of international health at the Johns Hopkins Bloomberg School of Public Health. Here's a look at what that entails.

Scientists test the vaccine in a small group of volunteers — usually 20 to 50 — to see if they develop an immune response. Subjects also are monitored for side effects. “These are done in young, healthy people who already have pretty robust immune systems, for safety reasons,” Durbin says.

Next, testing expands to hundreds of people. “We tend to expand our criteria a bit, but we still avoid anyone with underlying health conditions, or who is immunocompromised,” Durbin says. This stage of the research normally takes one to two years, but due to pandemic concerns it will be compressed into a couple of months. “We usually don't have many long-term safety concerns when it comes to vaccines — we're more worried about anything that might crop up immediately or in the days after vaccination, such as anaphylaxis,” Durbin says.

Phase 3: Testing is done on those over 65 and other groups previously excluded from the trials.

In this stage, the vaccine is administered to tens of thousands of healthy people in areas particularly vulnerable to COVID-19. “The goal is to see how many contract the disease in an area where the virus is circulating,” Durbin says. Groups particularly susceptible to COVID-19 — including the elderly and those with preexisting health conditions — are now included. “We want to make sure at least a quarter of people in these trials are over the age of 65, to make sure it's effective in that age group,” Durbin says. Phase 3 trials normally take anywhere from one to four years, but vaccine developers hope to speed up this part of the process by creating as large a trial as possible, with at least 30,000 people.

While this stage of the clinical trial is going on, the vaccine manufacturer will begin to ramp up production. “The vaccine manufacturers are making a gamble that their vaccine will work,” Schaffner says. “If it does, we'll have warehouses of vaccine ready once the product gets FDA approval. But if it doesn't, all we've lost is money.”

Phase 4: The product goes to market, and monitoring begins.

Though the vaccine at this point would be widely available for sale, federal agencies, including the CDC and the FDA, would continue to monitor it for safety and efficacy. “This part of the process will be particularly important, as we will only be approving a COVID-19 vaccine based on efficacy and safety data from four to six months,” Durbin says. “We'll want to follow people closely to measure antibody levels, to make sure they are still immune, as well as watch for potential long-term safety complications."

That doesn't mean that a new COVID-19 vaccine won't carry risks. “We do have all these safety protocols in place, but we are still taking a risk licensing one without long-term safety follow-up,” Durbin acknowledges. “It's somewhat of a trade-off: We either license a vaccine early, with the hope that we can save lives, or we can wait two years, knowing that will lead to more hospitalizations and deaths. It is a risk calculation, but if we take the right precautions, it's most likely worth it."