What you might not know about the little blue pill 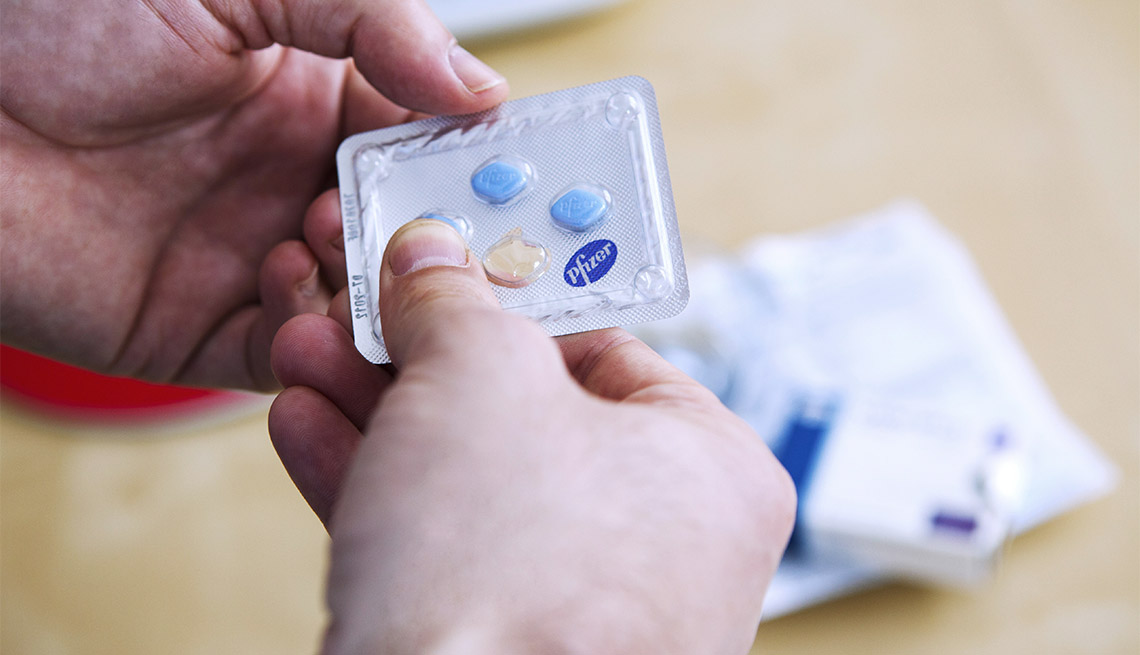 Pfizer didn’t set out to create an erectile dysfunction drug. In the early 1990s, researchers originally were conducting experiments on a new drug for chest pain.
BSIP/UIG via Getty Images
By:
Shelley Emling
AARP
Mar 26, 2018

Viagra, the little blue pill that steamed up the sex lives of millions of couples around the world, is turning 20.

Indeed, it was on March 27, 1998, that the Food and Drug Administration gave the green light to sildenafil, under the brand name Viagra, to treat erectile dysfunction. The move came just two months after the Bill Clinton-Monica Lewinsky scandal gave the public a ringside seat to a furtive sex drama. Combined, these two events helped make the subject of sex and the language describing sex acts and sex organs more socially acceptable.

Since then, the diamond-shaped pill, made by Pfizer, has been prescribed to tens of millions of men, while shining a light on the once-taboo topic of impotence. The first television spokesman for Viagra, former Republican senator and one-time presidential candidate Bob Dole revealed his own fears about erectile dysfunction to the masses. Later, Pelé, the legendary soccer player, also headed a men’s campaign about erection challenges.

“It’s a little embarrassing to talk about ED, but it is so important for millions of men and their partners,” Dole said.

Pfizer didn’t set out to create an erectile dysfunction drug. At the start of the 1990s, researchers were conducting experiments with sildenafil to see whether the new drug might treat chest pain caused by reduced blood flow to the heart. However, in an early trial, the drug didn’t reap the desired results. What it did do, though, was cause an unexpected side effect in those men being studied: stronger and longer erections.

Pfizer then changed course, focusing instead on male impotence, a problem that affects approximately half of all men in their 50s and 60 percent of all men in their 60s. Before Viagra, treatments for erectile dysfunction were mostly uncomfortably invasive, involving injections into the penis. It’s little surprise, then, that Viagra was an instant sensation, with 150,000 prescriptions written in the U.S. in the first two weeks of the drug going on sale. At the time, Newsweek called Viagra “the hottest new drug almost everywhere in the world.” Even recently, in 2016, the drug racked up $1.6 billion in global sales.

One common misconception that still surrounds Viagra is that you take it and immediately get an erection. Not so. With Viagra, you have to be sexually aroused for it to work. It’s not an aphrodisiac. Therefore, if you take it and are not sexually stimulated, nothing will happen.

While Viagra’s arrival became a watershed moment for men, there is still no Viagra equivalent for women. But there is Addyi  (flibanserin), a libido pill approved by the FDA in August 2015.  According to the Mayo Clinic, 4 in 10 women report having sexual concerns.

What has been developed is a generic version of Viagra — one by Pfizer and one by Teva Pharmaceutical Industries. Both went on the market in December. Although Viagra holds patent protection until 2020, the company reached a settlement with Teva in December 2013, allowing it to also release a generic version. Pfizer is selling its pill for $32.50, or about half the regular retail price.

“We believe that the story for Viagra isn’t done. It’s just going to be a new chapter,” Jim Sage, president of the U.S. brands for Pfizer Essential Health, told the Associated Press.

To understand more about Viagra, here’s a look at the drug, by the numbers: