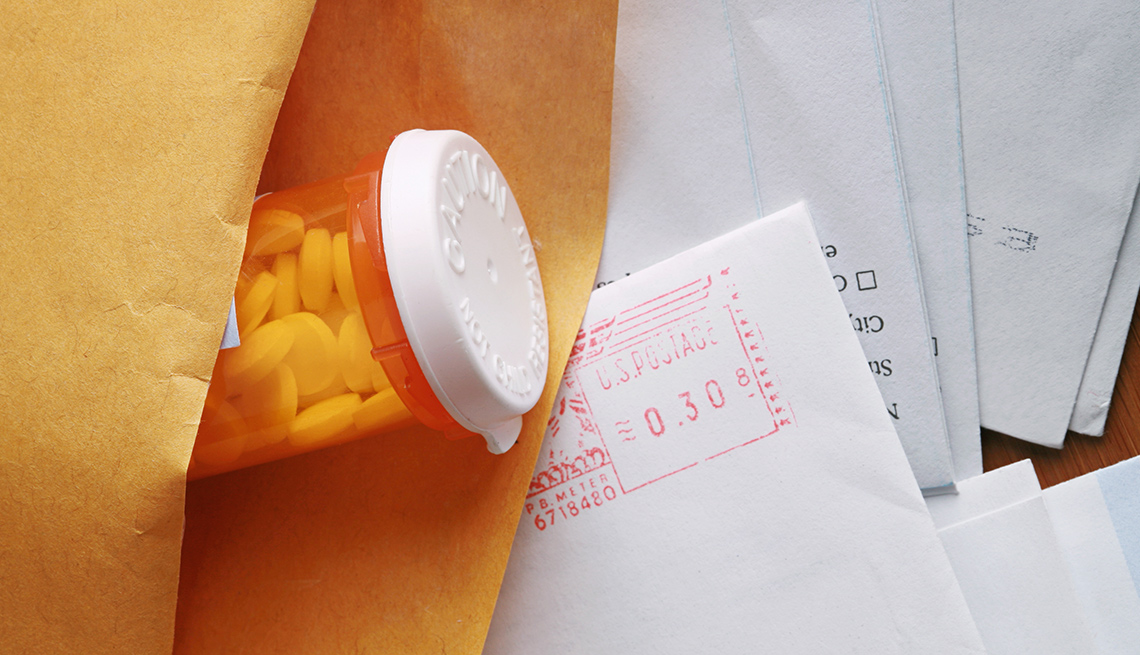 Agencies are struggling to intercept shipments of opioids such as fentanyl to U.S. buyers.

The head of the Food and Drug Administration wants to more than double the number of packages his agency inspects for illicit drugs, an effort to stem a deadly flow of opioids that increasingly runs through the international mail supply.

FDA Commissioner Scott Gottlieb said he needs more staffers to intercept opioids that are being disguised as other drugs and supplements.

"We're finding an increasing number of opioids coming in through those facilities," said Gottlieb, in an interview with the Associated Press. "In some ways the FDA is the last line of defense."

At a time of massive growth in shipments of packages from China as a result of e-commerce, the FDA, the U.S. Postal Service and other government agencies are struggling to intercept shipments of opioids such as fentanyl to U.S. buyers.

International shipments processed by the U.S. Postal Service nearly doubled in just three years, to 275 million in fiscal year 2016, from 150 million in 2013, according to federal records.

Gottlieb said opioid producers often turn synthetic opioids such as fentanyl, which is cheap and extremely potent, into pills and tablets that resemble other prescription drugs, including antidepressants. Fentanyl can be up to 50 times more potent than heroin, according to federal authorities.

He wants the FDA to have sufficient personnel to inspect 100,000 packages per year that have been flagged as suspicious by customs agents, up from its current capacity of roughly 40,000. That would require more than doubling FDA staff, which now consists of 23 people dispersed among the nation's nine international mail facilities, according to the agency. That number has tripled since September, when the agency had just seven full-time employees assigned to the posts nationwide.

The work is time-intensive. Shipments must be tested in a lab and put through a legal review before they can be destroyed.

At the facility at New York's John F. Kennedy Airport, the FDA's five inspectors open and process about 75 packages a day, according to Gottlieb.

He visited the New York hub Monday with members of Congress and their staff. He's hoping lawmakers will approve increased spending for his agency. "The reason why we had members of Congress here today is because we're looking at trying to step up our footprint in those facilities even more," Gottlieb said.

Lawmakers have been debating new measures aimed at stemming the flow of opioids in the mail.

Earlier this year, Senate investigators said incomplete tracking data used by the U.S. Postal Service allows Chinese sellers to ship fentanyl to U.S. buyers. Legislation introduced in Congress would require the Postal Service to collect tracking data for all shipments to the U.S., but it's not clear that foreign mail authorities would comply.

The opioid epidemic was initially driven by prescription painkillers like OxyContin and Vicodin. But prescriptions of those drugs have been declining since 2011 because of policies by government, medical and law enforcement officials designed to reverse years of overprescribing.

The majority of opioid deaths now involve illegal drugs, especially the ultra-potent fentanyl. Deaths tied to fentanyl and related drugs doubled in 2016, to more than 19,000, dragging down Americans' life expectancy for the second year in a row.