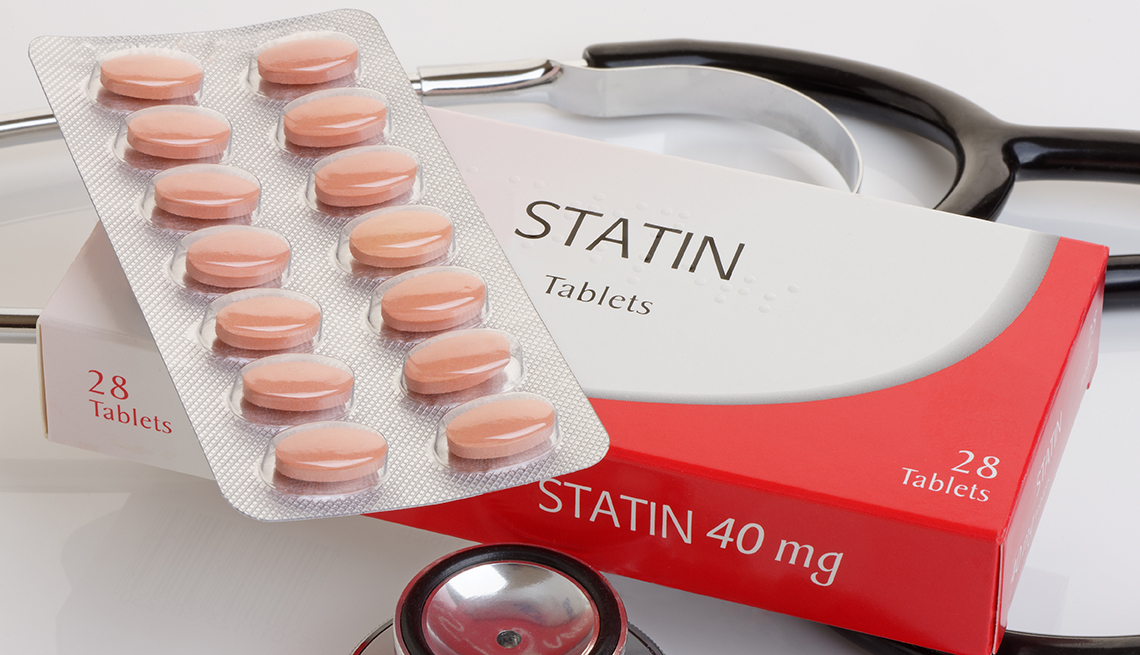 More than 1 in four Americans over 40 are taking statins.

En español | The pool of people who might need to take cholesterol-lowering statin drugs will expand considerably under new guidelines announced by the U.S. Preventive Services Task Force (USPSTF).

The task force, a panel of independent health experts authorized by Congress, called for all people ages 40 to 75 to be screened to see if they need statins to help prevent cardiovascular disease. The panel regularly reviews the benefits and harms of specific preventive-care treatments and makes recommendations based on the most recent research.

The new guidelines, published in the Journal of the American Medical Association, generally support the 2013 recommendations by the American Heart Association and American College of Cardiology, which shifted away from focusing only on cholesterol numbers and broadened the view to include risk factors like high blood pressure and diabetes.

“People with no signs, symptoms or history of cardiovascular disease can still be at risk for having a heart attack or stroke,” task force chair Kirsten Bibbins-Domingo, M.D., of the University of California, San Francisco, told the Washington Post.

The task force recommends the use of low- to moderate-dose statins in adults without a history of heart disease and who don’t have current signs of problems but who have one or more risk factors, including high cholesterol, diabetes, high blood pressure or smoking, and a calculated 10 percent risk of a heart attack in the next 10 years.

(To calculate your heart risk, use this online calculator from the American College of Cardiology and the American Heart Association.)

For those with a 7.5 to 10 percent risk of cardiovascular disease within 10 years, the benefits of taking a statin would be smaller and should be a patient’s “individual decision with their doctor,” the panel said.

For those older than 75, the USPSTF concluded that there was insufficient evidence to recommend starting statins in those age 76 and older without a history of heart attack or stroke. However, in an editorial accompanying the recommendations, cardiologists Philip Greenland and Robert Bonow of Northwestern University’s Feinberg School of Medicine noted that for 75-year-olds already taking statins “it is not necessary to stop statin therapy when [they] turn 76.”

Bonow, a professor of medicine at Northwestern and a past president of the American Heart Association, emphasized that the new guidelines are not saying that everyone over 40 should be on statins.

“It’s not quite time to put statins in the drinking water,” he cautioned. “But for older adults, it’s important to know your risk and to have a discussion with your doctor about your test results and other factors like family history. For the right individual, statins can be very beneficial.”

The recommendations came a day after a new study reported that taking statins may help patients survive cardiac arrest.

Researchers in Taiwan analyzed the medical records of 138,000 cardiac arrest patients and found that those already using statins like Lipitor (atorvastatin) or Crestor (rosuvastatin) were 50 percent more likely to be alive a year after hospitalization for cardiac arrest. The greatest survival benefit from statins was seen in patients with type 2 diabetes, the researchers said.

Statins prevent the formation of cholesterol in the liver by blocking an enzyme responsible for producing cholesterol. More than one in four Americans over 40 are taking statins, according to the Centers for Disease Control and Prevention, but half of Americans with elevated cholesterol readings are not, perhaps because of the drug’s side effects, which can include muscle pain and increased blood sugar.

Task force recommendations are generally followed in determining coverage by Medicare and insurance companies. In the case of statins, this would apply to the use of the drug by those who are 40 to 75 years old with one or more risk factors for cardiovascular disease and who have a 10 percent or greater risk — but not those with 7.5 to 10 percent risk, according to the Post.