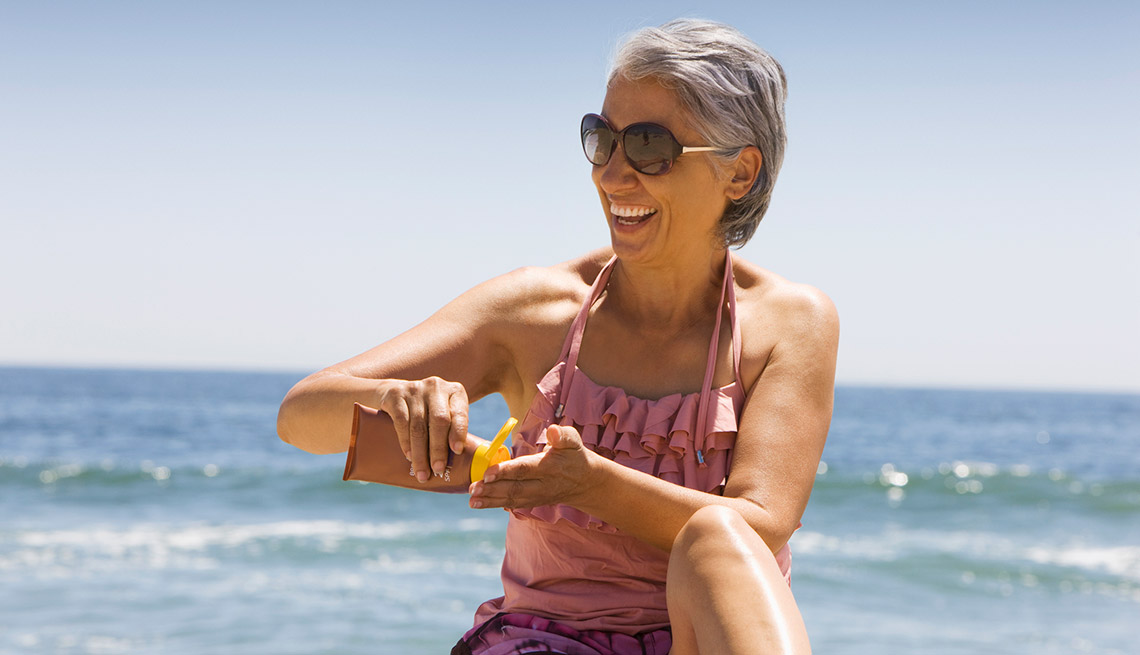 Find out which medications don't mix well with sun exposure.

En español | This summer, check your medications before you head out into the sun. Many common drugs, including some over-the-counter painkillers and allergy medicines, will increase your susceptibility to painful sunburns and other skin problems or up your risk of heatstroke.

"We see this a lot; it's very common," emergency room physician Robert Glatter says of sun-related side effects. "People need to read the side effect profiles as regards the environment when they are taking certain medications."

Glatter, who practices at Lenox Hill Hospital in New York, says several antibiotics are a frequent cause of summertime trips to the ER.

"People will take them and then go to the beach, and we'll see them come in beet red with a head-to-toe sunburn," Glatter says. "This is what's called a phototoxic reaction."

"The majority of these drugs give you an exaggerated sunburn, but others might give you immediate burning," says dermatologist Lorraine Young, cochief of dermatology clinical services and a clinical professor of medicine at the University of California, Los Angeles. "Your sunburn will be redder, more painful, more widespread—a worse sunburn, as if you were out in the sun longer than you actually were."

In addition to sunburns, some medications can cause allergic reactions—rashes, itching, blistering—to sunlight, sometimes several days after you were outside, says Kirby Lee, an associate professor of clinical pharmacology at the University of California, San Francisco.

Many drugs also up your risk of heatstroke, a dangerous condition that requires immediate medical attention. They do this by reducing your body's ability to sweat, increasing the amount that you urinate, and decreasing your thirst so that you're less likely to drink an adequate amount of fluids, says Lee, who specializes in geriatrics and dementia. "Heatstroke symptoms can come on quite rapidly, especially in older adults, who often take more than one medication that raises their risk of overheating."

The following list is not comprehensive, but it does include the most common culprits. These drugs up your risk of sunburn, heatstroke or, in many cases, both:

Fortunately, you can reduce the risk of sun-sensitive side effects that accompany these drugs.

Review your current medications with your doctor or pharmacist to learn which, if any, put you at risk. Investigate alternative drugs at the same time. To easily keep track of which of your medications may cause problems, Glatter recommends that you mark each label with a sun symbol so that you see it every time you pick up the container.

You may be able to avoid or lower your risk of sun and heat complications by switching to a different medication. Instead of ibuprofen, for example, choose acetaminophen (Tylenol), Lee says. Benadryl can be replaced with Claritin or Zyrtec, though both should only be taken as needed and in the smallest effective dose. Check with your doctor before you switch to a new medication. Sometimes, though, you won't have a choice, Lee says: "In such cases, you will need to change how you live within your environment."

"If you are going to be on these medicines and go in the sun, you really have to cover up," Glatter says. Wear loose-fitting clothes that cover your arms and legs, and put on a hat to cover your head and shade your face. If necessary, carry an umbrella. However, Glatter advises, don't overbundle, which may cause you to overheat.

Young recommends that you pick out a 30 SPF sunscreen or higher. Also, she says, make sure it is labeled "broad spectrum." That means it will block the type of ultraviolet rays that react with drugs as well as those that cause sunburns. Young says to slather on at least 1.5 ounces, equal to a full shot glass. "A lot of people get the right SPF but they put so little on that it's not effective," Young says. "Apply it about 20 minutes before going outside and reapply it every couple of hours if you are out in the sun and active."

If you know you are going to be outside and on the move, schedule activities during cooler parts of the day, Lee says: "If you like to garden, for example, do it in the morning or in the evening."

Stay hydrated, but don't overdo it

Water and sports drinks will help keep your body cool, but be careful not to drink too much of either if you have high blood pressure or low levels of sodium, Lee says. "Talk to your doctor about how much you should drink." Also, avoid alcohol and caffeine, both of which are diuretics and will work against your efforts to hydrate.