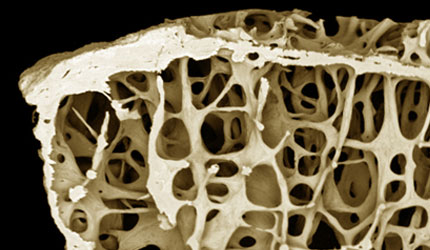 For years women, especially postmenopausal women, have been prescribed osteoporosis medications called bisphosphonates (a group of drugs that includes Fosamax, Boniva, Actonel and Reclast) to strengthen their bones. But recent reports have raised questions about whether long-term use of these drugs might be linked to an unusual fracture of the thighbone.

Two studies presented this spring at the annual meeting of the American Society of Orthopaedic Surgeons added to that concern as they pointed to changes in bone quality among women taking bisphosphonates for several years.

Doctors stress, though, that these medications do prevent fractures—especially hip fractures—in large numbers of women who have osteoporosis, and that the thighbone fractures are relatively rare.

Here’s what we know so far.

What did the new studies show?

These small studies were designed to explore whether prolonged use of these osteo drugs changes bone quality in ways that might promote thighbone fractures.

In one study, researchers at Columbia University Medical Center examined 111 postmenopausal women to measure the strength of their thighbones. About half of the women were not taking the drugs, and the other half had taken them for at least four years. The study found that for those on the medicines, bone strength improved during the first four years of drug therapy. But as they continued to take the drugs beyond four years, those improvements deteriorated, although not all those gains disappeared.

In the other study, researchers at the Hospital for Special Surgery in New York examined samples from the thighbones of 21 postmenopausal women; 12 had taken bisphosphonate drugs for an average eight-and-a-half years. The age of the bone tissue from women taking the drugs showed less range—there was more old bone and less soft, flexible newer bone—compared with women not on the drugs.

What do these findings mean?

Why did doctors first begin to be concerned about these drugs?

Certain kinds of bone fractures are considered typical for those who have osteoporosis. These include fractures in various places on the hip and spine.

But over the last several years physicians have published a series of reports of cases where women taking bisphosphonate drugs for a number of years experienced unusual breaks or cracks in the thighbone several inches below the hip.

Joseph M. Lane, M.D., an orthopedic surgeon at the Hospital for Special Surgery and NewYork-Presbyterian Hospital and a coauthor of one of the studies presented in March, says that in past decades this kind of break was so rare that few of his colleagues had ever encountered it. Since about 2000, he says, that’s changed. It’s still unusual, representing about 1 in 100 to 1 in 50 hip fracture cases treated at NewYork-Presbyterian Hospital between 2002 and 2007, says Lane. But, it’s a serious, hard-to-treat problem that seems to affect mainly younger, active postmenopausal women.

Next: Don't stop taking meds without consulting your doc. »

I’ve been taking a bisphosphonate for years. Should I stop?

Both the American Society of Orthopaedic Surgeons and the Endocrine Society have issued statements urging patients with osteoporosis not to stop taking their medications without consulting their physicians. To do so could expose them to the potentially disabling and even deadly fractures the drugs are meant to prevent in the first place.

“What we have to keep in mind,” says Elizabeth Shane, M.D., a Columbia University endocrinologist and co-chair of a major professional task force reviewing these thigh fractures, “is that garden variety fractures can be just as devastating as this type of fracture, but much, much, much more common—and these drugs do a pretty good job of preventing those types of fractures.”

If you treat 10,000 women with osteoporosis for longer than five years, research shows, you’ll prevent about 100 of these common fractures, says Shane, while perhaps—if bisphosphonates are indeed promoting the thighbone breaks—leading to two of these more unusual fractures. Two very small studies have followed women taking these drugs for up to 10 years, without uncovering serious problems.

Do I have to take the drugs indefinitely to maintain stronger bones?

Not necessarily. An important study published in late 2006 in the Journal of the American Medical Association compared results among women who discontinued Fosamax after five years versus women who continued taking the drug. Up to five years later, those who had gone off medication had roughly the same risk for most types of fractures as those who kept taking it.

“From the studies it would appear that once you’ve taken Fosamax for five years, if you stop for a year, probably nothing much changes,” says Ethel Siris, M.D., a past president of the National Osteoporosis Foundation who directs the Toni Stabile Osteoporosis Center at Columbia University Medical Center. The benefit appears to continue, she says, “probably because you’ve accumulated enough drug in your system. Once you’ve been off for two years, there’s a slight reduction in the hip density. It’s as if the effect is starting to wear off.”

Given these results, some physicians recommend a drug “holiday”—stopping the medications temporarily—to avoid unnecessary expense and inconvenience, if nothing else.

Who’s most at risk for the femur fractures? What can I do to avoid this problem?

Experts suspect that a small, specific group of women may be more at risk for unusual thighbone fractures. Perhaps these women have other conditions besides osteoporosis, have taken additional medications or have a genetic vulnerability. Unfortunately, no one can say at this point just what those risk factors are.

What doctors do know is that many women who suffered this type of upper-thigh fracture complained of thigh pain beforehand, sometimes for months.

“Since these cases have been published, I routinely ask all my patients if they have pain in their thighs,” says Shane. Such pain in osteoporosis patients taking bisphosphonates should prompt an x-ray of both thighs, and, if the images indicate a problem, referral to an orthopedic surgeon.

Are we certain osteoporosis drugs are causing these unusual fractures?

No. Studies haven’t been done to confirm that these unusual fractures are on the rise, nor is it clear that they are caused by Fosamax and other bisphosphonates.

In response to news reports on the studies, the U.S. Food and Drug Administration released a statement saying the agency would continue to investigate this “potential safety signal,” but so far hadn’t found evidence that women taking the osteoporosis medicines are at an increased risk.

Also of interest: How much vitamin D —calcium do you need?