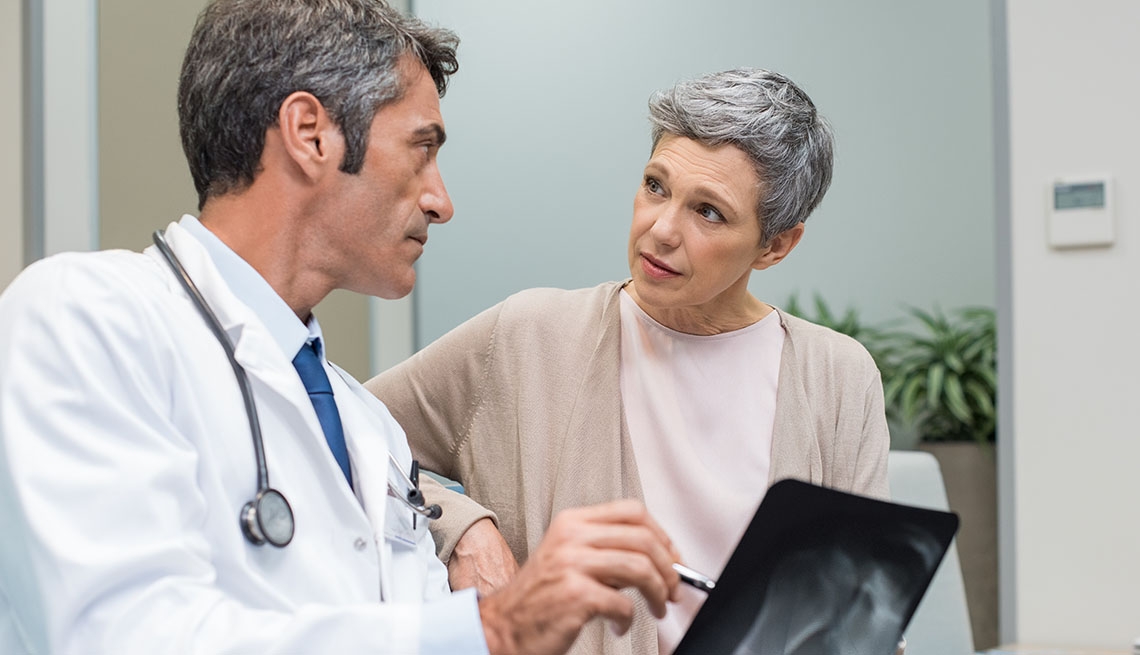 En español | A promising new drug for treating osteoporosis in postmenopausal women at high risk of bone fractures is expected to be available as soon as next week.

Doctors are optimistic that the drug will greatly reduce fracture risk, beyond what the dozen existing medications have been able to do, for patients with more severe osteoporosis.

“It seems like there are a lot of medications for osteoporosis, but actually the choices are few,” notes Robert A. Adler, M.D., who was a member of the FDA drug review panel for romosozumab and who serves as chief of endocrinology and metabolism at the McGuire Veterans Affairs Medical Center, in Richmond, Va.

The majority of current medications — including Fosamax and Boniva — are bisphosphonates that slow or prevent the loss of bone density but don’t rebuild bone. This is also the class of drugs spurned by some patients after reports of rare but frightening side effects like femur fractures and a type of bone deterioration (osteonecrosis) in the jaw.

But the new medicine, which belongs to a class of osteoporosis drugs known as anabolics (there are two others of this type available now), is a clear standout, says Adler. “The rise in bone density after romosozumab is greater than after any other osteoporosis medication.”

And bone density changes with this drug appear pretty darn big. In two clinical trials involving more than 11,000 women with postmenopausal osteoporosis, romosozumab appeared to lower the risk of spinal fracture by 73 percent compared with a placebo.

There are 2 million osteoporosis-related fractures reported in the U.S. every year, with potentially deadly consequences for those who suffer them. Hip fractures lead to death within one year for 15 to 20 percent of older women who suffer them. The one-year mortality rate is even higher for older men

“It’s underappreciated how deadly a hip fracture can be,” Adler says. “And for those who survive hip fracture, half never get back to their previous level of independence.”

Romosozumab is given monthly in two back-to-back injections. When releasing news of the drug, FDA officials noted that after 12 doses, its powerful bone-building powers wane, and patients should switch to a second treatment that reduces bone breakdown.

The drugmaker’s clinical trials showed that after one year on the new drug, bone density benefits could be maintained for a second year when romosozumab was followed by denosumab, a bisphosphonate.

In their press statement, FDA officials also highlighted potential side effects of the medication, which include heart attack and stroke. These cardiovascular conditions had appeared as red flags in earlier rounds of the drug’s review.