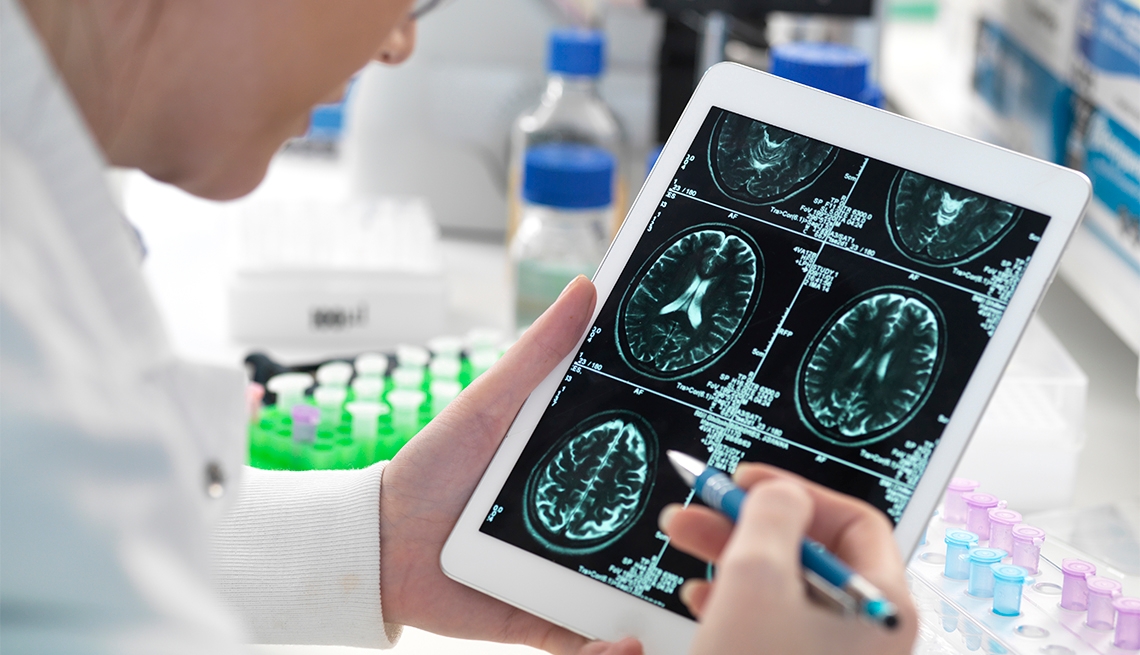 En español | Neuroscientist Arnon Rosenthal thinks the cure for Alzheimer’s disease could lie in a drug that boosts the brain’s immune system to slow or stop the disease’s progression. And thanks in part to an investment from a venture capital fund that’s out to change how dementia is treated, his San Francisco biotech company is testing the concept in human clinical trials.

“We were able to convert a completely academic concept into actual drugs that are in the clinic, in patients now,” says the 64-year-old scientist, describing the investment’s impact. “We were able to hire an exceptional group of scientists, build a clinical team, move to a more functional facility.”

The cash infusion came from the Dementia Discovery Fund (DDF), a $350 million venture capital fund dedicated to finding breakthrough drugs for Alzheimer’s and other dementias. Last June the AARP Brain Health Fund invested $60 million in the DDF to mark the nonprofit’s 60th anniversary.

“Since its inception, AARP’s mission has been to improve the lives of older Americans, and there is no more urgent need than discovering new treatments and therapies for dementia,” says Scott Frisch, executive vice president and chief operating officer of AARP.

Launched in 2015 as the brainchild of former British Prime Minister David Cameron, the DDF makes early-stage investments in companies at work on groundbreaking treatments to combat all types of dementia. About 50 million people worldwide suffer from such conditions, and there are nearly 10 million new cases every year.

Despite huge investments, the only dementia drugs currently available are for temporary treatment of individual symptoms. Traditionally, dementia researchers have focused on two proteins that cause plaques and tangles in the brain and are thought to damage nerve cells. But dozens of clinical trials targeting those proteins have failed. So the DDF is putting money into novel and alternative approaches.

“We are trying to invest in one of the most difficult areas of science,” says Angus Grant, CEO of the London-based fund. The DDF’s goal: funding development that leads to at least three new dementia drugs that show strong evidence of efficacy in human clinical trials.

Dementias vary, but they all are irreversible, progressive brain disorders that destroy memory and thinking skills and, eventually, the ability to perform simple tasks. Experts believe that most Alzheimer’s cases develop from multiple factors, like other chronic diseases. The greatest risk factor is age; most people with late-onset Alzheimer’s dementia are 65 or older.

Supported by the DDF, companies are homing in on various kinds of dementias, isolating subsets of patients with unique symptoms and biology, in hopes of developing more targeted treatments. At the same time, engineers are developing new diagnostic tools that use computational and artificial intelligence to detect and measure changes in brain function in areas such as speech, gait and retinal behavior.

With a Ph.D. in anatomy and immunology, Grant spent his early career focused on fighting cancer using immunotherapy, which is now much more common. He wants to help replicate the explosion in cancer treatments for dementia.

So does Rosenthal, whose company, Alector, went public in February. He cofounded it in 2013, a time when “there was very little reception for new therapeutic strategies” to combat dementia, despite dozens of failed clinical trials of drugs targeting the proteins known as amyloid and tau, which cause brain plaque and tangles.

Alector now has three clinical drug trials underway — two for Alzheimer’s and a third to treat a specific group of patients with frontotemporal dementia, which are uncommon disorders that mostly affect the front and sides of the brain.

Another company receiving DDF funds is also conducting clinical trials. Cerevance, a private firm based in Boston and the U.K., is leading a trial of an oral compound for Parkinson’s disease. The DDF has invested in 18 companies and projects so far.

Grant, whose 86-year-old father has Parkinson’s disease and dementia, is encouraged by the progress. “I’m naturally optimistic that we will be able to detect signs of cognitive impairment early,” he says. “And if we’re successful over the years and develop medications the patient can take once a day, and delay the onset of the symptoms, that’s going to be a great day.”

The Dementia Discovery Fund’s backers hope that the companies it helps bankroll will grow and attract other investors, multiplying its social impact investment. The fund already has allocated about half of its capital and expects to complete its investments in 2021. It is slated to be dissolved in 2030, selling off remaining investments and distributing proceeds to partners.

Those high-profile partners include philanthropist Bill Gates, who announced his $50 million investment in 2017 and disclosed then that his 93-year-old father has Alzheimer’s. The British government, Alzheimer’s Research UK, the NFL Players Association and seven major drug companies — Astex, Biogen, GlaxoSmithKline, Johnson & Johnson, Lilly, Pfizer and Takeda — have invested in the fund, too.

AARP’s $60 million investment reflects the priorities of its nearly 38 million members, according to Frisch. Americans age 50-plus cite brain health as a top concern. “We’re proud to be helping lead the change by funding innovative research into unlocking the mysteries of Alzheimer’s and dementia,” he says.

Adds Sarah Lock, AARP’s senior vice president for policy and brain health: “We understand how challenging it is, not only for the person with dementia but for their families.”

Lock lost her 87-year-old father in 2009, after he suffered from Lewy body dementia and the hallucinations it triggered. Her mother showed signs of dementia before dying, at age 91, in 2014.

The experiences gave Lock an understanding of dementia’s toll on patients and loved ones alike. “With all of these bright minds and all of this goodwill and the fervor of advocates, I know it’s like sending somebody to the moon,” she says. “It’s only a matter of time.”