Worldwide, 50 million people have dementia. Every three seconds someone is diagnosed with dementia.

En español | Today, if you or someone you care about is diagnosed with dementia, doctors don’t have many treatment options.

It's been more than 15 years since a new dementia drug was approved for use in the U.S. and it's one that brings only partial and temporary relief of some of the symptoms of the disease while doing nothing to halt its progress.

Since that drug's introduction more than 400 clinical trials for new dementia-focused drugs have failed and once-promising research focusing on eliminating brain plaques thought to cause dementia have, unfortunately, not produced effective treatments. With so much effort by many of the brightest minds in medical science, yet such modest progress, many drug companies have scaled back if not altogether abandoned their research programs into new drugs to fight dementia. 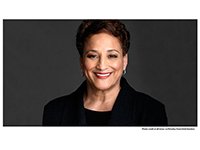 Join me in the discussion about disrupting dementia on Twitter, @JoAnn_Jenkins.

The Fight Goes On

None of which is to suggest that anyone is “giving up” on the fight against dementia – it’s just the opposite, in fact.

An important example of ongoing resolve is the work of the Dementia Discovery Fund (DDF), a venture fund focused solely on discovering and developing effective new drugs for treating dementia. Comprised of an influential group of strategic investors, including Bill Gates, DDF has invested in 16 companies and projects focused on dementia drug discovery with the goal of developing disease-modifying treatments for a range of different forms of dementia.

This week AARP announced that it is investing $60 million in DDF's work, in addition to securing participation from UnitedHealth Group and Quest Diagnostics, which have invested $10 million and $5 million respectively, totaling $75 million, directed to DDF's fight against a disease that has not seen a new approved treatment in well more than a decade.

DDF has an active program of identifying new companies developing drugs to treat dementia. It is also creating and funding new projects that can develop into biotech companies in areas of strong scientific interest where none currently exist. DDF's goal: by 2025, developing three to five new drugs that can aid people with dementia.

Certainly, a lot of people stand to benefit if their efforts are successful. Right now, nearly 6 million Americans suffer from dementia, including Alzheimer’s, and the Centers for Disease Control and Prevention (CDC) projects that over the next generation (by 2050) that number will grow about 250% to nearly 14 million.

With so many new cases of dementia and Alzheimer’s disease being diagnosed each year, it’s easy to start accepting cognitive decline as a “normal part of aging.” But dementia is not normal -- it’s a disease -- and it robs too many older people of the life they want to live.

Hopefully, the work of the Dementia Discovery Fund and other initiatives like it that may emerge in the future can help change that.

Jo Ann Jenkins is CEO of AARP. She is the author of Disrupt Aging, now available in paperback. Follow her on Twitter @JoAnn_Jenkins