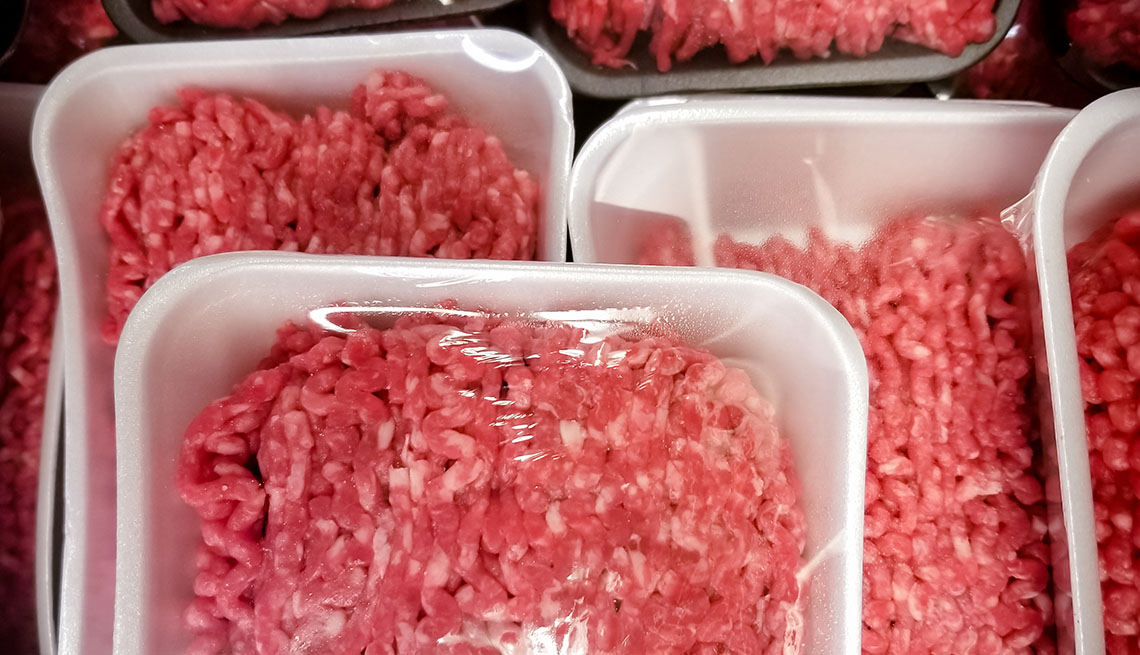 Hamburger patties and bulk-packaged ground beef distributed to 17 states have been recalled over concerns that they may be contaminated with E. coli, a foodborne pathogen that can be particularly harmful to older adults. ​

Lakeside Refrigerated Services, of Swedesboro, New Jersey, recalled approximately 120,872 pounds of its ground beef after routine testing by the U.S. Department of Agriculture’s (USDA) Food Safety and Inspection Service (FSIS) on imported products came back positive for the bacteria. While the recalled products were sent to 17 states, they may have been sold at stores in other states, as well.​

There have been no reports of illness or adverse reaction from consuming these products; however, many clinical labs do not test for the type of E. coli detected in this recall, E. coli O103, because it is harder to identify, FSIS said in the April 25 announcement.

The USDA classified this recall as a Class I, meaning there is high to medium probability that consuming the meat can cause serious adverse health consequences or death.​

Although most affected retailers have not yet acknowledged the recalls publicly, the recalled products include several store brands, including Marketside (Walmart), Weis (Weis Markets) and SEG (Winn-Dixie). Additional brands that were recalled are Thomas Farms, Tajima and Nature’s Reserve. Other retailers known to have sold these brands include Target and Food City. See the full list of recalled products, including brand names, product descriptions, packaging dates and lot codes.​

​FSIS advised consumers to check their freezers for any potentially contaminated ground beef that may have been frozen. Anyone who purchased the recalled products should throw them away or return them to the place of purchase. ​

Those with questions about the recall may contact Lakeside Refrigerated Services toll-free at 800-493-9042 or by email at ​customercare@lakesiderefrigerated.com.

A public health alert unrelated to the current recall was issued for other ground beef products because they may contain a different strain of the bacteria, E. coli O26. The meat hasn’t been recalled because it is no longer available for purchase. But the USDA is concerned that the beef may be in consumers’freezers.

Symptoms of an E. coli infection

The specific strain of E. coli tied to this recall, E. coli O103, can cause diarrhea (often bloody) and vomiting. Symptoms can begin two to eight days after eating contaminated ground beef. Infection is usually diagnosed by testing a stool sample.​﻿

Most people infected by the bacteria recover within a week. The standard form of care includes rehydration and other supportive measures to alleviate symptoms. Antibiotics are generally not recommended.

Some people develop a more serious infection resulting in hemolytic uremic syndrome, a type of kidney failure. Although it is uncommon to contract it from E. coli O103, this syndrome is most likely to affect children under 5, older adults and those with weakened immune systems. The hallmarks are easy bruising, pale appearance and decreased urination. Anyone who experiences these symptoms should seek emergency medical attention immediately.

Food Safety When the Power Goes Out

Avoid Getting Sick From Your Grill