Why Summer Colds Are Spiking

If you're not sneezing and sniffling already, experts say you may be soon. What's behind the surge and what to watch for 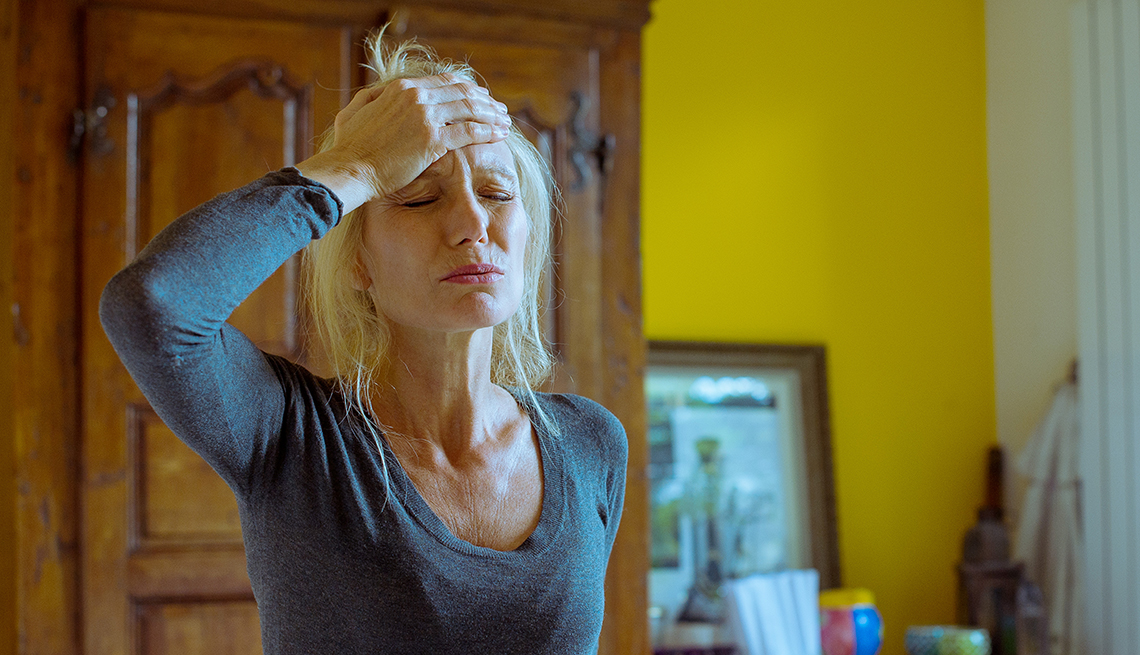 If it seems like more people are coughing and sneezing this summer, you're not imagining it. Doctors across the country are reporting an unseasonal surge of common respiratory illnesses as Americans return to more social, work and other activities.

During the COVID-19 pandemic, the viruses that cause the common cold, as well as those causing the flu, were at historic lows because of precautions such as masks and social distancing, according to the Centers for Disease Control and Prevention (CDC). But in recent weeks, some of those pathogens have returned — and Americans are suffering the consequences.

"I haven't had a cold that hit me this hard or whacked me out like this for a long time,” says Susan Jackson, 64, of Charlotte, N.C., who picked up a nasty bug recently that brought on a fever, coughing, congestion, some difficulty with breathing and a headache. “You feel worse when you're sick in the summer because the heat drains you,”

Paul O'Rourke, M.D., an internal medicine physician and an assistant professor in the Department of Medicine at Johns Hopkins University, says a flood of patients this summer have called his office complaining of cold symptoms such as a runny nose, cough or congestion. “The thing that's odd about it is that we don't typically see this in the summer,” he says. If you have cold symptoms, O'Rourke recommends getting a COVID-19 test whether you're vaccinated or not. Breakthrough infections can occur, although they are rare.

The CDC also issued a warning last week about one virus in particular, called respiratory syncytial virus (RSV). The virus, which normally peaks in winter, has been on the rise since April, the agency says. It typically causes mild cold symptoms such as a sore throat, cough and congestion. However, RSV can be dangerous for infants and older adults, especially those who are immunocompromised or have chronic heart or lung disease.

Several factors may be contributing to the off-season spike in respiratory illnesses, experts say. Probably the biggest is that Americans are getting together again, congregating in crowded spaces, traveling and ditching their masks. “I think it's just a natural consequence of things returning to normal, and normal is getting a few colds a year,” says Benjamin Singer, M.D., a pulmonary and critical care specialist at Northwestern Medicine. “But most of us went a year without having one, so it's not surprising that we are getting them now.”

It's also likely that people's immune systems aren't as robust because we've gone a year without our usual exposure to common bacteria and viruses. Research shows that your immune response is at its best when it has constant exposure to stimuli, O'Rourke says. “Our immune systems have been on vacation for a year,” he explains. “Now when they come into contact with bacteria and viruses, it may take a little longer for them to kick in.”

Another factor is the large number of young children born in the last two years who have had very little exposure to microbes, experts say. That's particularly relevant when it comes to RSV, since in normal times most American children get the virus by age 2 and thus have some immunity going forward, according to the CDC.

"There is a larger reservoir of kids who haven't been exposed to it, which gives the virus more opportunities for transmission,” explains Jennifer Lighter, M.D., a hospital epidemiologist at NYU Langone Health. From there, she notes, the virus can spread quickly, including to adults.

As part of its advisory, the CDC recommended that physicians test for RSV in patients who have severe respiratory symptoms but are negative for the virus that causes COVID-19.

You're at highest risk for complications from RSV if you have chronic heart or lung disease or a weakened immune system, says Elliott Bosco, an investigator at Brown University School of Public Health who has researched the virus in long-term care settings. “Generally, when people think about RSV, they think of younger kids … but there's a growing recognition of the effects of RSV on older adults,” he says. “Older adults, especially if they have a chronic condition, should take extra precautions when RSV is circulating.”

Although RSV and other common viruses are on the rise, so far the influenza virus hasn't cropped up in any significant way, according to the CDC. But the absence of flu cases over the past year could lead to a more severe flu season this fall and winter, the agency warned. Doctors say they, too, have concerns about this year's flu season. In the past, milder flu seasons have generally been followed by one that is more severe.

"You get an immune boost when you're exposed to a virus even if you have no symptoms,” Lighter says. “We're a little nervous about what the next flu season will bring because none of us have had that opportunity for a boost.” That's why it's especially important to get the flu vaccine this fall, experts agree.

How to — hopefully — keep colds at bay

To stay free of circulating colds, experts recommend following the same precautions that protect you from COVID-19: avoid close contact with people, wash your hands regularly and consider wearing a mask, especially if you are spending time in a crowded indoor space.

Most respiratory viruses, like the coronavirus, spread through airborne droplets, but there's evidence that RSV in particular lingers on surfaces and can be transmitted that way as well.

"The washing-your-hands piece is particularly important because RSV can persist on hard surfaces,” Bosco says. “I know we're all ready to get back to reality. But people who are at higher risk should continue to take precautions."

As more people get vaccinated, experts are beginning to consider things like whether a milder form of the virus may be with us for good