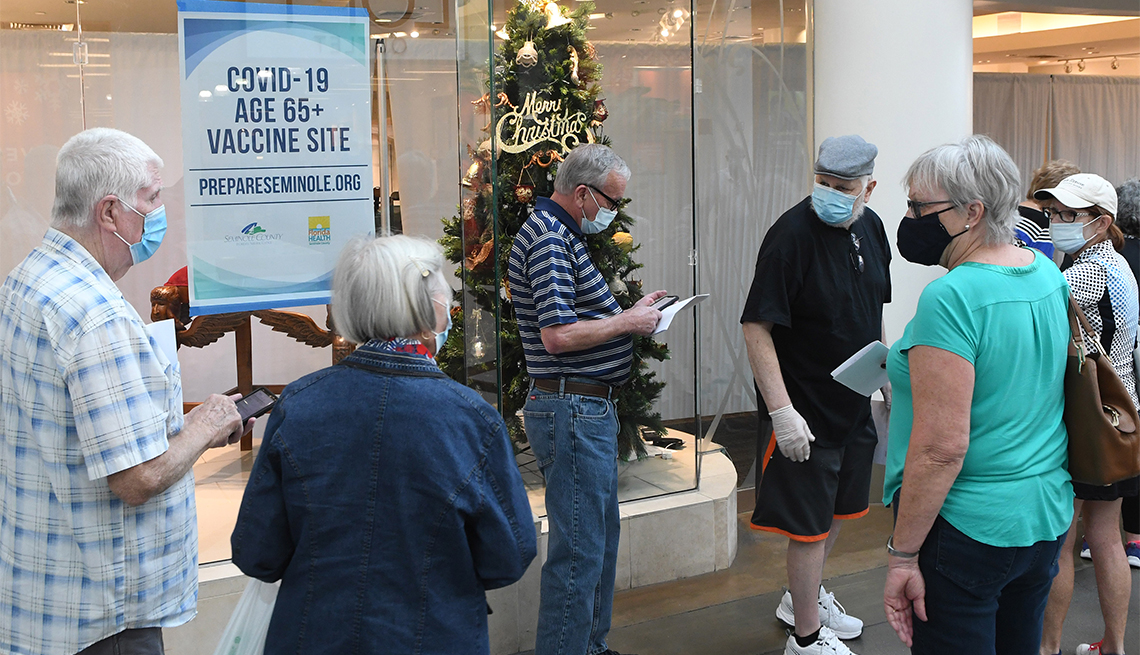 You’re 67 and anxious to get vaccinated against COVID-19. When will you be able to get your shot? That depends on where you live.

If you are 65 or older and live in one of an increasing number of states — from Florida to Texas to Delaware to Ohio — you are now eligible to be vaccinated against the coronavirus. But a majority of states either have decided to follow the federal recommendation that people 75 and older be next to get their shots or have not yet announced an age threshold.

The weekend before Christmas, the Advisory Committee on Immunization Practices (ACIP), which advises the Centers for Disease Control and Prevention (CDC) on vaccines, recommended that the next group to be vaccinated, dubbed Phase 1b, be people age 75 and older and frontline essential workers. After those Americans, ACIP suggested, Phase 1c would consist of people over age 65, those with high-risk medical conditions and other essential workers.

“The reason age 75 was chosen was totally practical,” says William Schaffner, epidemiologist and professor of preventive medicine and health policy at Vanderbilt University and a nonvoting ACIP member. “Everybody knew we didn’t have enough vaccine for everybody aged 65 and older.”

But Henry Bernstein, a physician at Northwell Health’s Cohen Children’s Medical Center on Long Island, New York, and the only ACIP member to vote against the group’s recommendation, says there shouldn’t be a distinction between people over age 75 and those over age 65 when it comes to prioritizing vaccine delivery.

“There’s no question that people 75 and older have higher morbidity and mortality,” Bernstein says, “but I felt that 65- to 74-year-olds were notably similar. Inclusion of the 65-74-year-old group in Phase 1b made more sense to me. Plus, implementation of this unprecedented, complex national vaccine program would be simplified by doing so.”

In most states, regardless of what age is set for the next group to be vaccinated, older Americans are likely going to have to wait a bit longer to get either the Pfizer-BioNTech or the Moderna vaccine. That’s because the vaccine rollout has been slower than predicted and many health care workers and residents and staff of nursing homes, first in line for vaccines as members of Phase 1a, have yet to get inoculated.

Jennifer Kates, a senior vice president at the Kaiser Family Foundation, says it was clear from the ACIP meeting that this was the toughest decision it has had to make. “It’s unfortunate that rationing in any way was having to happen,” she says.

Marc Lipsitch, an epidemiologist at the Harvard T.H. Chan School of Public Health, says that when deciding between first vaccinating older Americans or essential workers, “health policy should as a first pass try to minimize the number of lives lost. My best understanding of the data is that the most lives would be saved by getting vaccines to 65 and over.”

Some states deviate from CDC recommendations

Kaiser’s Kates isn’t surprised that some states are going their own way.

“There is no perfect or right framework here,” she says. “These are difficult decisions and states have different populations, so states may want to make decisions that reflect who is living in their state.”

That was the rationale, says Florida Gov. Ron DeSantis, in setting age 65 as the cutoff for the next group of residents of his state to be vaccinated.

DeSantis said at a news conference Monday that he didn’t believe the CDC recommendation is “the best approach for our state. We believe we’ve got to focus on senior citizens.

“We don’t want a situation where someone is a 20-year-old, working at a grocery store — which is an honorable thing and great — but that person gets priority over a 74-year-old or a 73-year-old grandmother.” As vaccinations were opened up to the 65-plus, long lines of cars emerged at hospitals across the state, some people lining up the night before they hoped to get the vaccine. The situation varies by county because local health officials are managing the vaccine process. DeSantis said he plans to convert coronavirus testing sites into vaccine centers and said hospitals that do not administer vaccines fast enough will see their doses taken away.

Other states have also decided to deviate from the CDC recommendations. For example, Alaska, Delaware, Georgia, Ohio, Oklahoma and Texas have all announced they will begin vaccinating 65-plus residents next.

Officials at Delaware’s Division of Public Health say the decision to start the next group at age 65 was based, in part, on data that shows that the median age for COVID-19 deaths for Black and Hispanic residents of the state — ages 74 and 66, respectively — is considerably lower than for white residents (age 82).

The lower age floor “provides us the opportunity to vaccinate and protect many more Delawareans, especially those who are already disproportionately impacted by COVID-19 to begin with due to a variety of factors,” says Karyl Rattay, the state’s director of public health.

Some states are taking a slightly different approach. Louisiana and Montana plan to provide vaccine access next to residents over age 70.  In Louisiana, adults over age 70 can make an appointment with a designated pharmacy to get inoculated. Gov. John Bel Edwards cautioned residents that the initial supply of the vaccine at pharmacies will be limited so those over age 70 must sign up in advance. West Virginia went the other way, setting up clinics for people age 80 and over. Mississippi is starting with the over-75 population but will quickly move to more older Americans.

More than half the states, Kates says, are still deciding how they will prioritize vaccinations. In an effort to inform older Americans when they can expect to qualify for a vaccine, AARP is creating online guides to the vaccine distribution plans in each state.

“AARP is fighting for older Americans to be prioritized in getting COVID-19 vaccines because the science has clearly shown that older people are at higher risk of death,” says Nancy LeaMond, AARP executive vice president and chief advocacy and engagement officer. “We urge public health officials at the state and local level, as they decide on vaccine allocations, to rely on the evidence and make plans backed by science. As production is ramping up, AARP is advocating hard to ensure every older American who wants to get the vaccine can get it.”

“One of the major problems we’ve had in the United States in our response to COVID is that we have not had a national response,” says Schaffner. “We’ve had a state-by-state response,” he says, and that is a “bad idea.”

Kates says having more than 50 different vaccination plans “creates an inequity. It does really mean that where somebody happens to be living in the United States is going to hugely determine when they get vaccinated.”

On the other hand, Kates added, she can understand that in some places officials believe they need to consider the demographics of their populations as they make vaccine allocation decisions. Historically, such public health efforts have been handled at the state and local levels. 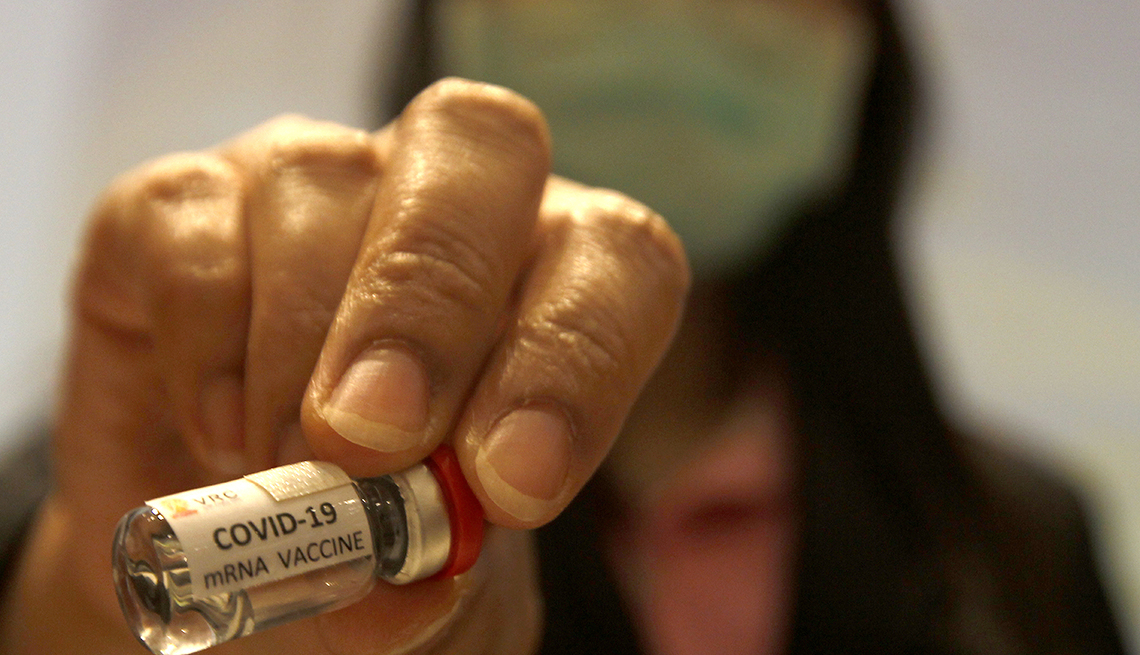 FDA Recommends Against Half-Doses and Other Vaccine Shortcuts

Untested shortcuts would cause confusion and be counterproductive, experts say 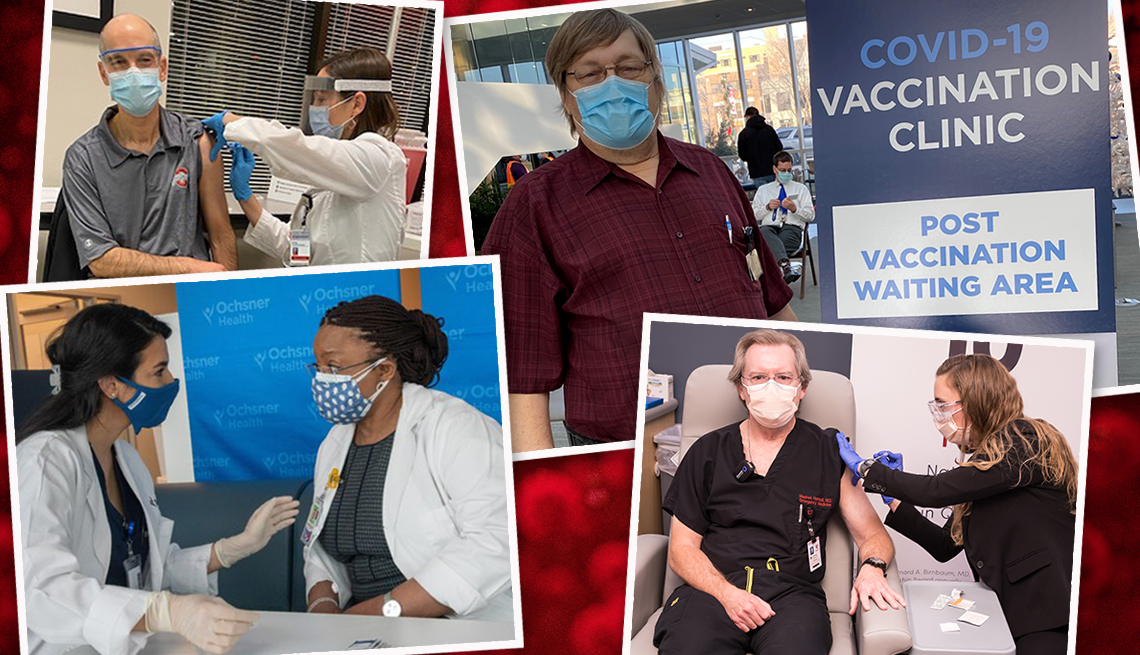