Recruitment of participants from populations hit hardest by the coronavirus lags 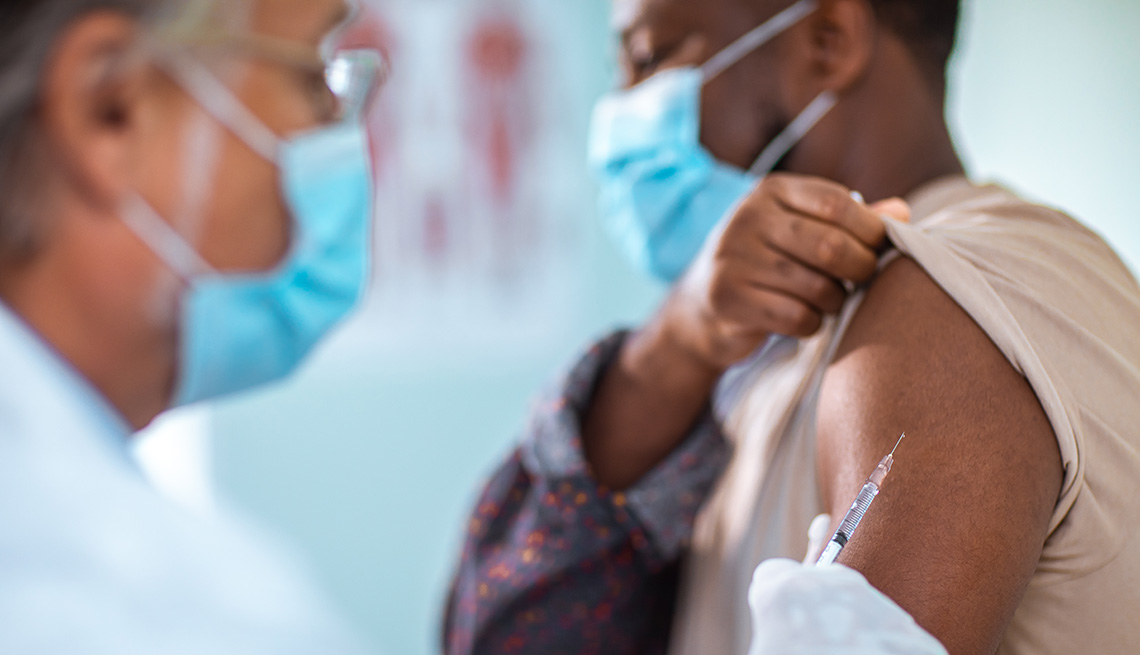 The race to find a coronavirus vaccine is advancing at an unprecedented pace. But as several vaccine candidates progress into their third and final phase of testing, a question concerning diversity is being pushed to the forefront: Are the participants on the receiving end of the needle an accurate representation of the American public, and especially the populations most affected by COVID-19?

To date, more than 204,000 Americans have died from a coronavirus infection, and 80 percent of these deaths have occurred in adults 65 and older, according to the Centers for Disease Control and Prevention (CDC). Minority groups have also been disproportionately impacted by COVID-19. Coronavirus infection rates are 2 to 3 times higher in communities of color, and Black Americans are more than twice as likely to die from COVID-19 than their white peers, federal data show. When it comes to severe illness, hospitalization rates among Black, Hispanic and Native Americans are 4 to 5 times higher than whites.

"We want to be assured that these vaccines perform well in these parts of the population where we really intend for them to protect the most,” says Wilbur Chen, M.D., a professor of medicine and chief of adult clinical studies at the Center for Vaccine Development and Global Health at the University of Maryland.

Two out of 3 drugmakers with vaccine candidates that are considered frontrunners in U.S. clinical trials recently released details about the diversity of their participant pools. Pfizer, which plans to recruit 44,000 volunteers, says that about 27 percent of its U.S enrollees so far “have diverse backgrounds” — 12 percent are Hispanic, 8 percent are Black, 5 percent are Asian and about 0.6 percent are Native American. Meanwhile, Moderna reports that approximately 31 percent of its 27,232 participants are from communities of color. (The biotech company plans to enroll 30,000 participants in its phase 3 clinical trials.)

However, many experts argue that a well-represented participant pool should mirror the actual makeup of the U.S., and census data show that racial and ethnic minorities account for about 40 percent of the American population. What's more, because these groups have been hit especially hard by COVID-19, Anthony Fauci, M.D., director of the National Institute of Allergy and Infectious Diseases (NIAID), has said that he would like to see clinical trial participation among minorities at levels that are double their percentages in the population.

Sharon K Inouye, M.D., a geriatrician at Boston's Hebrew Senior Life and professor of medicine at Harvard Medical School, wants a similar goal set for older adult enrollment. People ages 65-plus account for about 16 percent of the U.S. population, according to the latest census estimates. But given the devastating and disproportionate toll the virus has had on older adults, Inyoue says around 40 percent of clinical trial participants should represent this group.

"What are you seeing in the trials today? Nowhere near 40 percent,” Inyoue says. “And so that is extremely worrying to me."

The COVID-19 Prevention Network (CoVPN), established by NIAID to enroll volunteers for coronavirus-related clinical trials, has more than 400,000 people in its registry so far, and about 19 percent are between the ages of 65 and 74, according to CoVPN Executive Director Jim Kublin, M.D. Only 4 percent, however, are older than 74. (It's important to note that these numbers represent those interested in volunteering for the trials, not necessarily those who are actively participating.)

Pfizer reports that 48 percent of its volunteers enrolled in U.S. clinical trials are between the ages of 56 and 85, but does not have information specific to those 65 and up. Moderna did not respond to AARP's request for information on the ages of its clinical trial participants, but the University of Maryland's Chen, who serves as an investigator at one site testing Moderna's vaccine candidate (out of 100 sites taking part in the clinical trial), says about 17 percent of participants enrolled at his site are 65 and older.

Enrolling more older adults “is a critical need for us,” Kublin says. “And not just those who are over 75, but frankly, we need more people over 50 as well.”

Efforts to increase participation are underway

Testing a vaccine in a group of people that does not accurately represent the population bearing the burden of disease has serious implications.

"On a practical level,” it means researchers can't be sure whether the vaccine “will be effective in those populations,” Inouye says. “And that's really important, because there's things you could do to make it more effective,” such as increasing the dose, requiring two shots or adding an ingredient that helps to boost the body's immune response to the medicine.

Another factor to consider: Side effects. “You don't know if there are serious side effects if it hasn't been tested in the target population that needs it,” Inouye adds.

Efforts to increase participation among older adults and minorities in the current vaccine trials are not unique to the coronavirus pandemic. Both populations have long been underrepresented in trials across a range of treatments. And “the entire vaccine community has been grumpy about that for some time,” says William Schaffner, professor of medicine and an infectious disease expert at Vanderbilt University.

The unethical treatment of Black Americans in past studies continues to fuel mistrust of medical research in minority communities today, Chen says, pointing to the Tuskegee Study as an example. And in older adults, low participation has a lot to do with study design, Inouye says.

Older adults “need people who are trained to communicate with people who are hard of hearing or visually impaired. Sometimes they need their family members to be present or to give proxy consent,” she explains. Many studies also require participants to check in with a smartphone or video chat.

"A lot of these obstacles can be easily overcome, if they're just thinking about it … and are willing to invest the extra time and resources,” Inouye adds.

To reduce technological barriers older adults might face, the COVID-19 Prevention Network recently launched a call center (866-288-1919 toll-free) to answer questions and enroll interested volunteers. The network is also working with faith leaders in minority communities to help build trust and generate interest in the trials. Study sites across the country are taking similar actions — partnering with local organizations and businesses in communities hit hardest by the virus to increase enrollment and dispel myths about the trials.

Another factor that is likely preventing people from signing up for vaccine studies: safety concerns. A national survey from the Pew Research Center shows that the number of Americans who intend to get a vaccine to prevent COVID-19 is dropping, and a lot has to do with unease over the rushed development process. But as Kublin notes, the trials “are following the very stepwise process that we routinely do for vaccines,” only the timeframe has been compressed.

Plus: “The stakes are just way too high,” Inouye adds. “Even though [drug companies] are under a lot of pressure to rush things, they know they only need to have one terrible side effect to shut down everything.”

That's not to say there are no risks associated with participating in a clinical trial. All volunteers — including those injected with the placebo — can expect some pain, redness and swelling at the injection site, similar to a flu shot, Chen says. Some participants have also reported fevers and achy joints.

In early September, AstraZeneca paused its trial because of a suspected adverse reaction in one participant, but the odds of a severe side effect occurring are pretty rare, Inouye says. “What I would say is that anyone who volunteers in a trial is going to be monitored so closely that the chances of something really serious happening are there but are diminishingly small,” she adds.

Another risk to consider: A false sense of protection. Volunteers will not know whether they received the vaccine or the placebo, making it all the more important to continue preventive measures that reduce exposure to the virus, Chen says.

"We don't want our older adults who are in the study to say, ‘I think I might have gotten a vaccine. So I'm gonna go out; I'm going to take my vacation now; [I'm going] to go to the bars, go to the restaurants or whatever,'” he adds.

Participating in a large research study is not for everyone, Chen notes. However, he's hopeful that with more education and outreach, most of the population, including older adults and minorities, will choose to get vaccinated, either in the trials or shortly after a vaccine's approval, as part of the global effort to defeat COVID-19.

"Vaccines don't work unless they're used. They could be on the shelf and licensed, but if they're not used and taken up in the population, it doesn't help,” he says.