Doctors say hallucinations caused by the virus may last weeks, and vary from subtle to traumatic 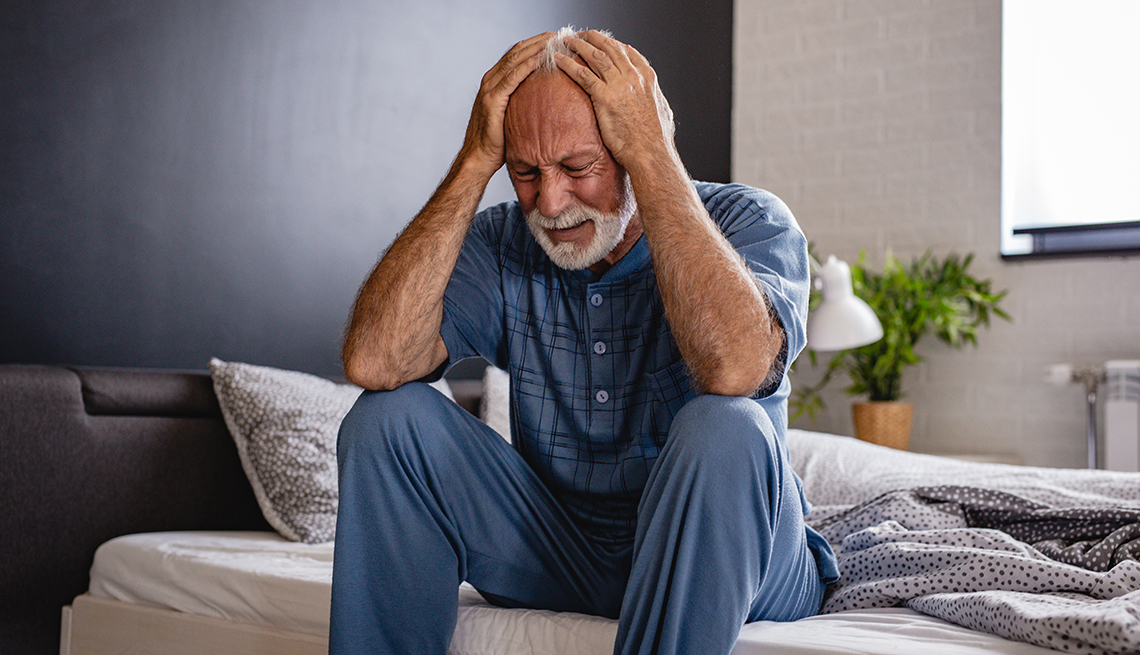 Jamie Colvin-Choate thought she was tied to a bed while bugs crawled over her, that she heard her friends plotting against her, and that, at 65, she'd just had a baby — all while hospitalized for a severe COVID-19 infection last summer.

Colvin-Choate nearly died twice, had a tracheotomy and a feeding tube inserted, and was put into a medically induced coma. But she counts the hallucinations she suffered, and “having to decipher what was real and what wasn't after I came through,” as the hardest part of her ordeal.

When Drew Murrie, hospitalized for COVID-19, woke up in the ICU last spring, he remembered vivid images of being stuck in a cave stacked with skeletons, of electric butterflies flying around the room and, at one terrifying moment, of a human hand covering his face while he was in bed. “I had never had visions like this before,” says Murrie, 59, who lives with his family in the Chicago suburbs. “I had no idea what was going on.”

According to a recent review of studies in Psychology Research and Behavior Management, COVID-19 infections have been triggering such hallucinations, as well as things like delusions and paranoia in patients with no history of mental health issues. Such temporary symptoms of psychosis have become yet another surprising effect the virus has on the brain. In some patients, hallucinations may be part of the delirium that accompanies a long COVID-19 illness or hospital stay; in others, these visions can occur on their own. A study released this week and conducted at the Northwestern Medicine health system showed that up to one-third of hospitalized patients showed “altered mental function,” a term that includes things like delusions, as well as confusion and unresponsiveness. (Unlike hallucinations, however, these neurological symptoms can have a long-term impact.)

It's not fully understood why this happens, but one idea is that patients with severe COVID-19 infection “may have a little brain damage from chronically low levels of oxygen going to the brain, due to COVID causing the lungs not to oxygenate the blood as well,” explains Pravin George, a staff neurointensivist at Cleveland Clinic. “It could also be that COVID itself is attacking the brain directly in certain patients.”

The disease caused by the virus may also trigger inflammation in areas of the brain that could cause symptoms like hallucinations. And powerful medications, such as steroids, which are used to reduce inflammation could also be a cause in some, notes psychiatrist Stephen Ferrando, M.D., director and chair of the Department of Psychiatry at Westchester Medical Center in Valhalla, New York. The body's response to inflammation could also contribute, he adds, since “the immune cascade or cytokine storm behind COVID may play a role in triggering a variety of mental health problems.”

In some patients, hallucinations — which can be as subtle as detecting a burnt-rubber smell when none exists — precede hospitalization and can be a red flag for doctors. “When people present with hallucinations or delusions in the ER, we now test for COVID,” Fernando says.

Such was the case with Marilyn Schneider, 57, who spiked a 104.5 fever in late March. To stay on top of what she needed to do while feeling ill, she posted notes around her home, reminding her to wake up her son at a certain hour for school and to feed the dog and let him out. (Her dog had died six years earlier and her 24-year-old son is in graduate school.)

"I was in a twilight zone while my fever was high,” recalls Schneider, an executive secretary at the Cleveland Clinic Fairview Hospital. “I never had hallucinations before — I don't even dream — so this was very odd for me.” When she rolled over in bed and saw an image of herself pleading for help, she called 911 and ended up in the hospital ICU. That vision may have saved her life.

To treat such disturbing visions, doctors often give patients low doses of antianxiety or antipsychotic medications. “While we wait for the hallucinations to go away, we give patients reassurance, tell them they're in a safe place and they're not losing their minds,” says Eric B. Larson, a clinical neuropsychologist at the Marianjoy Rehabilitation Hospital, which is a part of Northwestern Medicine, in Wheaton, Illinois. “Some patients are so scared by the memories of seeing things that were not real that they have symptoms of post-traumatic stress disorder,” Larson says.

Even so, the hallucinations and delusions typically resolve as the illness does, George says, noting that they tend to subside as COVID-related inflammation goes down and brain activity returns to normal.

Why You're Having Weird Dreams During Coronavirus Outbreak

Vivid nightly visions may be related to stress, new sleep patterns and maybe even your age

Seven Ways to Handle Anxiety During the Coronavirus Outbreak

Uncertainty and fear are major triggers. Here's how to cope