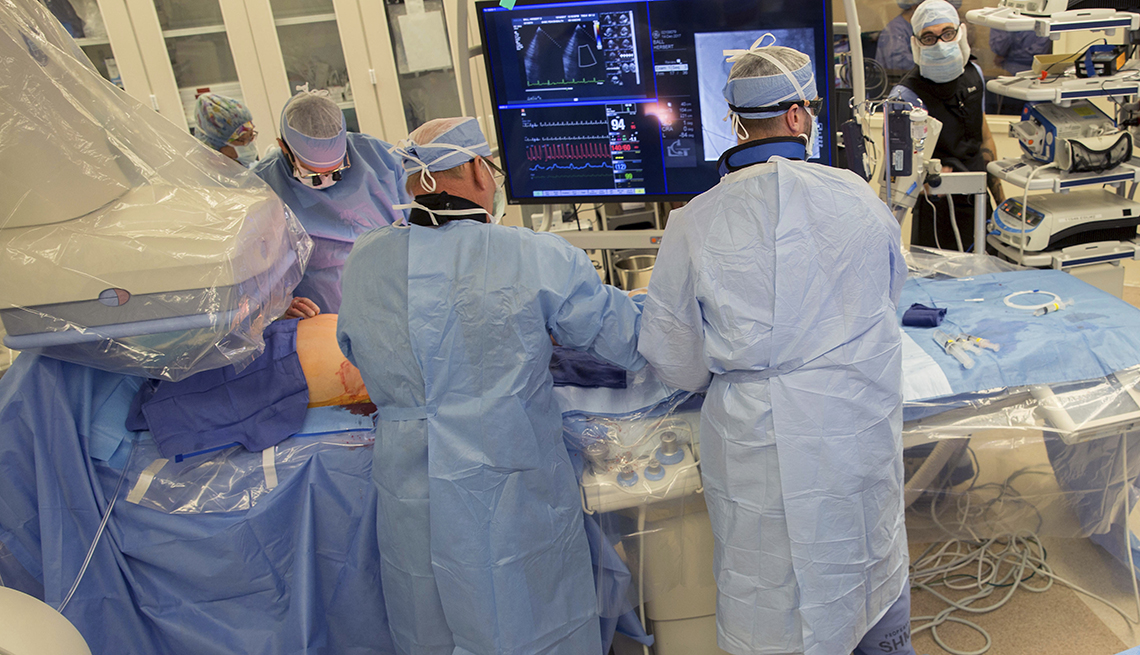 For decades the standard treatment to replace a diseased heart valve has been open-heart surgery. A less invasive procedure known as TAVR (transcatheter aortic valve replacement), where a new valve is inserted into the heart through a leg artery, has typically been reserved for people considered unable to withstand surgery. Now new research suggests that TAVR may be the safest option for many healthier patients as well. 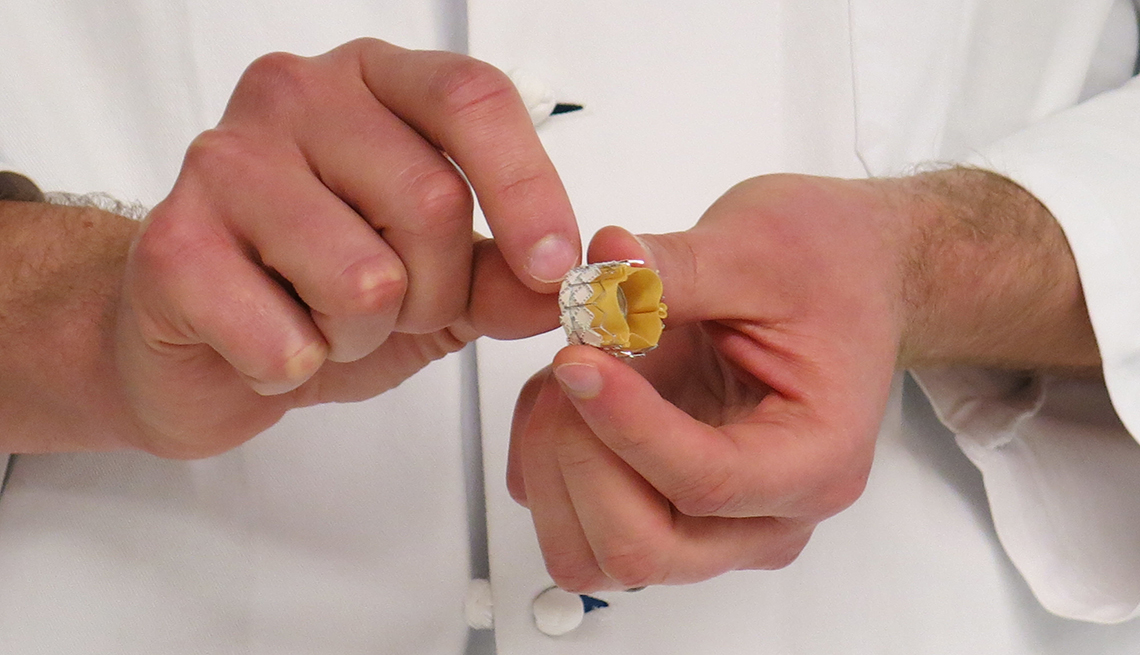 A cardiologist displays the valve used in a transcatheter aortic valve replacement surgery.

Two studies, presented at the American College of Cardiology’s annual meeting, found that among relatively healthy patients needing valve replacement there were fewer deaths or serious strokes after TAVR: One study showed only 1 percent for TAVR patients, compared with 2.9 percent for those who’d had open-heart surgery; the other showed similar death rates but fewer serious strokes. This means that thousands of people who have severe aortic stenosis, a narrowing of the aortic valve opening that can lead to heart failure, may now be able to avoid the trauma of open-heart surgery — which involves opening the breastbone and stopping the heart while a new valve is sewed in to replace the old one.

TAVR was first introduced into the U.S. in 2006; since then it has received FDA approval in stages. It was first used for valve replacement in inoperable patients, says Michael J. Mack, a heart surgeon at Baylor Scott & White The Heart Hospital—Plano in Texas, and a principal investigator in one of the two TAVR trials discussed in the report. Then research “gradually worked down to patients considered at high risk for surgery, then to medium-risk patients and now to low-risk patients.”

Doctors now perform about 60,000 TAVR procedures and about 50,000 surgical valve replacements every year in the U.S., Mack says.

This new report summarizes trials of two different kinds of valves, sponsored by the heart-valve makers, where some patients received surgery and others TAVR. The fact that the studies found that TAVR was safer for the lowest-risk patients “was kind of a surprise to everyone,” Mack notes. “Everyone figured it would be pretty much the same.”

The procedure will now need to be approved by the FDA for use in this group considered at low risk for surgical complications. But approval won’t mean that surgery will no longer be used for valve replacement; Mack estimates that 1 out of 4 patients are not candidates for TAVR, including those who have blockages in their leg arteries or have a particular kind of heart anatomy that makes the procedure too risky.

He offers another caveat: The trials followed patients for only a year after the valve replacements, “and we really don’t know if [the TAVR] valves last as long as surgical valves.” All patients will now be followed for 10 years to find out how well they hold up. “It was a pretty compelling study,” he concludes, “but not the final answer.”