Bringing the Hospital Home Could Improve Care for Older Adults 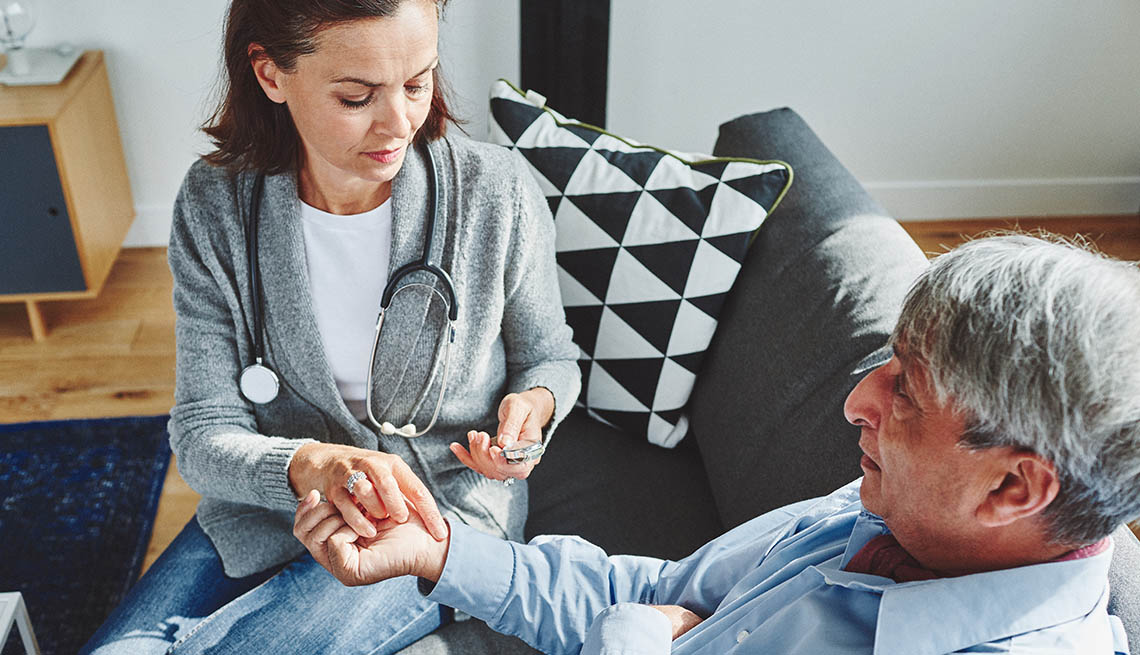 The future of hospital-level care may not take place in a hospital at all. A new study shows that keeping sick patients out of traditional health care settings, and instead bringing medical experts and equipment to the home, can reduce health care costs and readmission rates.

Researchers assigned adults in need of acute care to either a hospital or home-hospital setting for treatment. Patients who were treated in the home had access to respiratory therapies, intravenous medications, in-home radiology and monitoring equipment, plus routine visits from physicians and nurses.

Published in the journal Annals of Internal Medicine, the study found that health care costs for the home-based patients were 38 percent lower than for those who received care in the hospital. Researchers point to reduced nursing labor and fewer diagnostic tests and consults as possible explanations.

What's more, the home-based patients were more physically active than those in the hospital and were less likely to be readmitted to the hospital.

"There are a lot of problems with hospitalization,” especially for older adults who are more susceptible to infections and falls, which can lead to physical and cognitive decline, explains David Levine, an associate physician at Brigham and Women's Hospital and an instructor of medicine at Harvard Medical School in Boston who was lead author of the study.

"When you're at home, it's your turf, your familiar surroundings, and those are pretty powerful aspects,” he adds.

Researchers hypothesize that patients who received care at home had more favorable outcomes because they were able to sleep better, eat their own food and move around with fewer limitations. They also spent less time lying down, compared with their peers in the hospital.

"If you've ever been in a hospital, you see a bunch of people lying around in bed,” Levine says. “It's the rare person who is up walking the ward. And pretty much every piece of data we have says sedentary behavior is bad, in general, for one's health and even for one's recuperation.”

Home-hospitals are well-established models of care in a number of countries, including Australia, Italy, France and Spain, and they're easy to replicate in a variety of settings, Levine points out. “It doesn't require an extensive amount of people power or anything that a hospital doesn't already have. It's really just leveraging the right pieces of your hospital and packaging it correctly.”

Administering hospital-level care in the home is also effective for people who live alone, Levine says. In fact, approximately 25 percent of the study's home-hospital patients were in that situation.

"We're seeing a huge trend of getting more and more of your care in the home, and I think that's a great thing,” he adds.