Why older women have repeat cases — and how treatment has changed 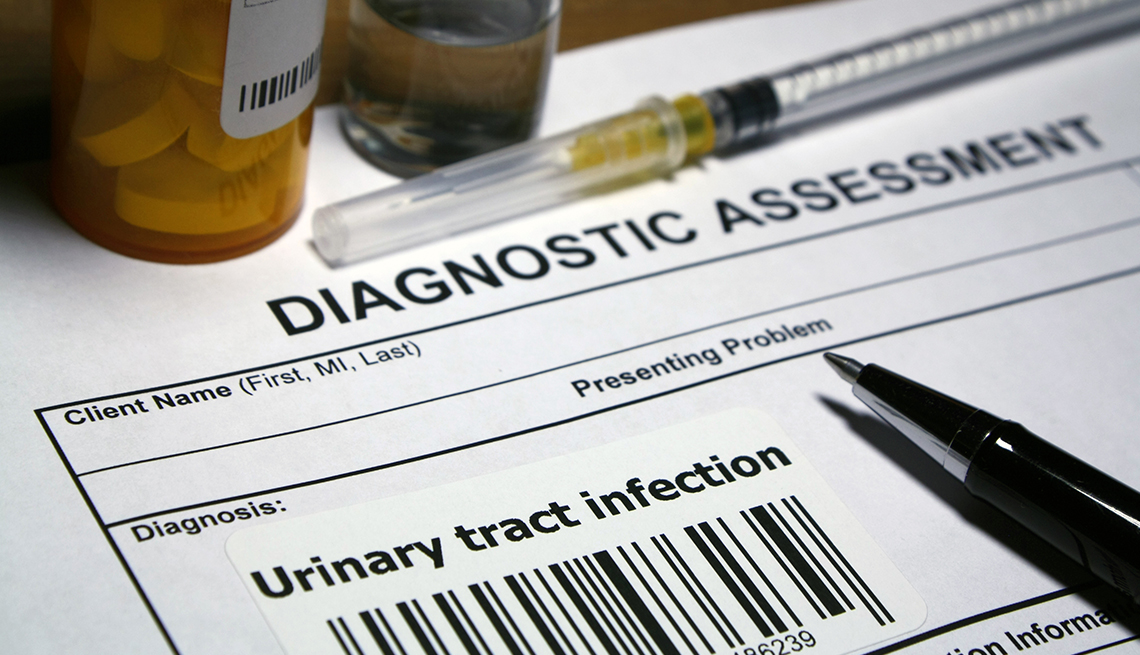 For many women, the sensation is painfully familiar: burning when they urinate, a need to make frequent bathroom visits, pain in the pelvic area, and sometimes stinky or cloudy urine.

We're talking urinary tract infections, or UTIs. And though we might think of them as a young woman's ailment — what was once called “honeymoon cystitis” — they are actually a common problem in postmenopausal women (and, more rarely, in some older men, usually because an enlarged prostate has blocked the urinary channel).

What's more, while half of all women will have a urinary tract infection in their lifetime, about half of postmenopausal women will develop recurrent infections (defined as two within six months of each other, or three within 12 months). “Recurrent UTIs are more common in older women,” says Nicole De Nisco, an assistant professor at the University of Texas at Dallas whose lab research focuses on persistent UTIs in postmenopausal women. “We think it might have something to do with declines in the immune system."

As anyone who has had one would know, UTIs are not fun. “They aren't just uncomfortable. They are a painful disease,” says De Nisco, “and they really reduce the quality of life. The clinician I work with has patients calling him in the middle of the night crying because they are in so much pain."

These infections are also a bit mercurial. “Bladder infections are difficult because they can do their own thing, happen at any stage of life, and tend to cluster together,” says Felecia Fick, a physician assistant in the Urogynecology Department at the Mayo Clinic. “And as you age, you may not have the same symptoms as when you were younger.” As an example, Fick described a recent older patient of hers who had no dysuria (pain upon urination) but because of an UTI was having urinary leakage and was unable to completely empty her bladder because vaginal prolapse was obstructing the urinary stream.

UTIs — defined as an infection anywhere in the urinary system, from the urethra and bladder up into the ureters and kidneys — usually happen when opportunist bacteria inside the bowel travel into the urinary tract and move north. “The top bacterial pathogen is called UPEC, for uropathogenic E. coli,” says De Nisco. “It is responsible for about 80 percent of infections in premenopausal women, and about 60 percent in postmenopausal women."

In older women, there are several primary culprits: changes in anatomy (including more delicate vaginal tissue and vaginal prolapse), lower estrogen levels, even decreased mobility. And because symptoms may be different when we are older (like fever, achiness, nausea, fatigue, general malaise, and forgetfulness), UTIs sometimes go undiagnosed and can lead to a more serious problem, like pyelonephritis, a kidney infection.

"Estrogen is typically protective against bladder infections — it's almost like wearing armor right on your vaginal tissue,” says Fick, “so after menopause your vaginal tissue and urethral lining thin out with the lack of estrogen.

"As our vaginal tissue becomes thinner and less resilient,” says Beth Booton, a nurse practitioner at Utah State University, “any kind of trauma — a long car or plane ride, even a desk job where you aren't moving as much and your bladder is in the same position for a long time — can mean that more bacteria will grow."

Just who is affected? Many, but not all, women. “Studies show that if you had bladder infections before age 15, you have a higher chance of getting them later,” says Fick.

If you do get recurrent infections, the goal, Fick says, “is to break the cycle.” If you can do that and be symptom-free for six months, then your risk of getting a bladder infection goes down to .05 percent, she notes.

In the past, the automatic treatment for any woman who tested positive for bacteria in her urine was antibiotics, but that is no longer the case. “One of the best things a woman can do is to seek treatment only when she is symptomatic,” says De Nisco. Adds Lisa Corbin, M.D., professor of clinical practice at the University of Colorado Anschutz Medical Campus, “A patient might come in and say, ‘My urine smells funny,’ but otherwise she feels fine. Even if there's bacteria in the urine, I might not treat her with antibiotics. Doctors used to hand out antibiotics like candy, but there is a new way of thinking."

Howard Goldman, M.D., a urologist at the Cleveland Clinic, concurs: “If a patient has what we call ‘asymptomatic bacteriuria,’ which means there's bacteria in the urine but she feels fine, there's no reason to treat her with antibiotics. A woman has normal bacteria that live in the vagina, which are one of her main defense mechanisms to prevent bad bacteria from getting up to the bladder. Antibiotics can wipe out those healthy bacteria, and the woman can become even more prone to further infections."

If you have a UTI with pronounced symptoms, though, an antibiotic may well be in order. (For women who get frequent recurrent UTIs, doctors also sometimes suggest “self-directed therapy": antibiotics that the women keep at home in their medicine chest or take with them when they travel — just in case.)

Another helpful treatment is topical vaginal estrogen. “One of the main things we do in older women who keep getting UTIs is give them estradiol, a topical estrogen that your vagina absorbs,” says Booton. “It's amazing. Estrogen supports all the structures of the pelvis, to make the tissue thicker and more lubricated, so it can withstand more."

Fick, who often prescribes estradiol (brand names Premarin and Estrace, among others), says, “A woman can use it a couple times a week at night before bed. Usually it takes six weeks to work, to restore the tissue back to a premenopausal state, so there's more blood flow to area, more tissue, and more moisture, which provides a thicker barrier against bacteria. It's safe to use because it's locally absorbed rather than systemically absorbed. It helps with both recurrent bladder infections and urinary incontinence."

And there are a few additional things you can do for yourself. Fick suggests drinking plenty of fluids and — just as important — emptying the bladder frequently. “Drink, empty, drink, empty,” she advises. Fick also suggested acidifying the urine by taking cranberry pills (preferable to the standard cranberry juice, which is high in sugar and not healthy for diabetics) or vitamin C. “I even have a patient who drinks a quarter cup of apple cider vinegar every day!” she says.

That means, first and foremost, that a woman must urinate right after intercourse. Some doctors advise that women who are prone to intercourse-related UTIs also take a small dose of a prophylactic antibiotic, like the generic drug nitrofurantoin, immediately after intercourse.

And one final caveat, Corbin says: Older patients dealing with chronic medical issues (for example, diabetes, rheumatoid arthritis, or psoriasis, for which they are taking immunosuppressant medications) need to be a bit more careful if they have signs of a UTI. In that case, see a doctor right away. 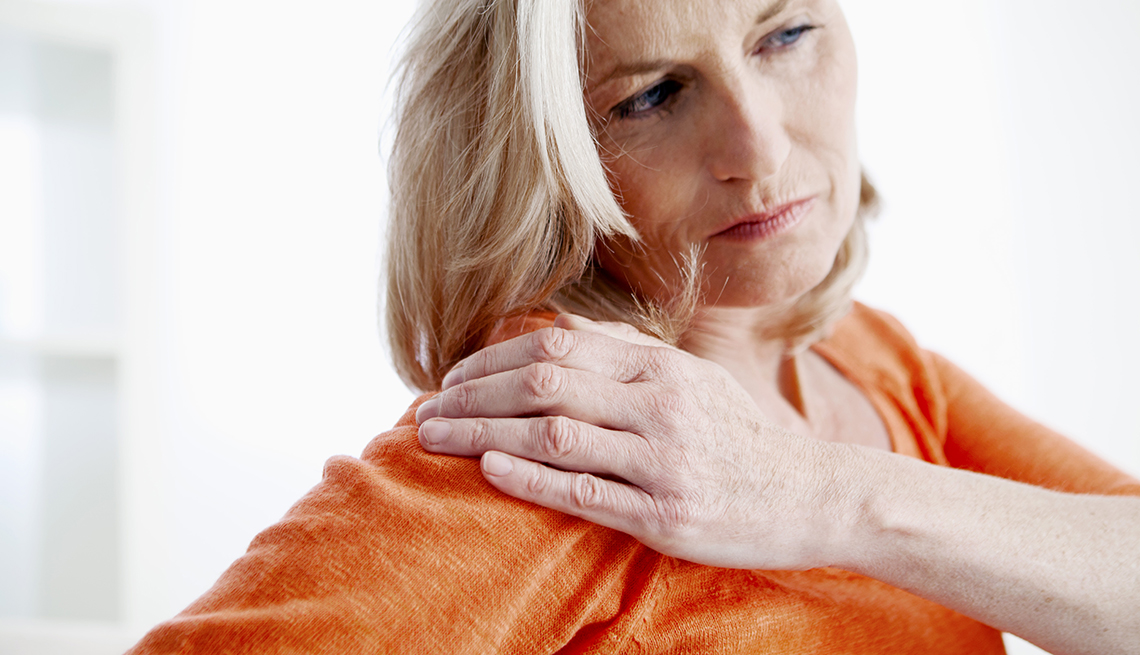 8 of the Most Painful Medical Conditions

A roundup of the top agony-inducing ailments, and new ways to find relief 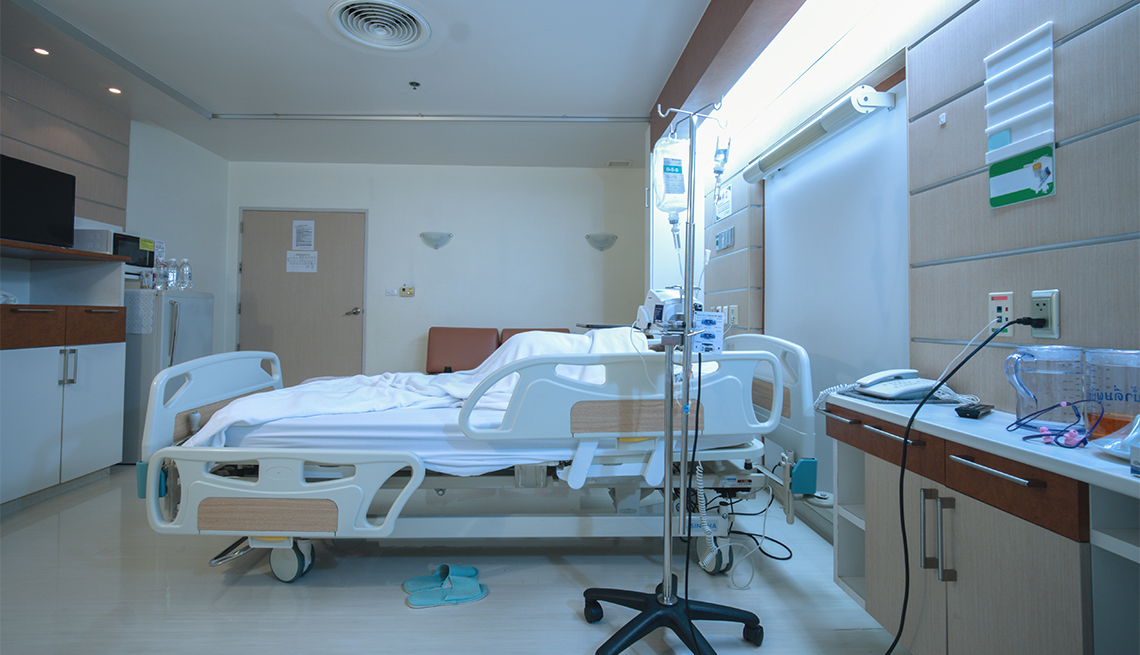