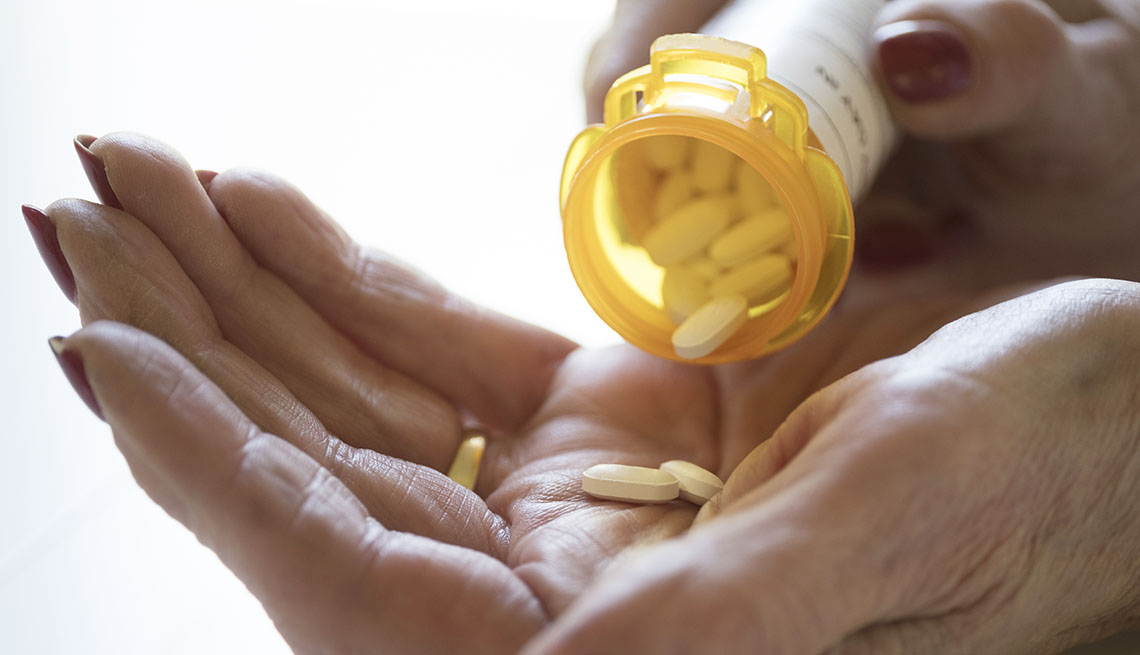 A large British study has found that the frequent use of a common class of medications known as anticholinergics may be associated with an increased risk of dementia among older people.

Published online Monday by JAMA Internal Medicine, it confirms previous research on the medications’ risk. It also pinpoints which anticholinergics may be particularly risky, including some antidepressants, antipsychotics, antiepileptics, and drugs that treat bladder problems.

The University of Nottingham researchers analyzed data on 284,343 adults 55 and older between 2004 and 2016 and found that those with consistent exposure to certain anticholinergics — more than 1,095 daily doses during that period — were as much as 50 percent more likely to develop dementia as those who did not take the medications.

There is a clear association, says the study's lead author, Carol Coupland, professor of medical statistics in primary care at the University of Nottingham, but “we cannot be certain that these drugs actually cause dementia."

The Alzheimer's Association is also cautious in its reaction to the research: “While this is a large, well-designed study with interesting results, there is not enough evidence at this time to conclude that anticholinergic drugs increase risk of dementia, or to change medical practice,” says Keith Fargo, the association's director of scientific programs and outreach.

Anticholinergics are used to treat a wide range of health issues, from urinary incontinence and vertigo to asthma and gastrointestinal problems such as peptic ulcers.

Experts have long known that the drugs can have negative health consequences for older people. “Anticholinergics are not great,” says Sandra Weintraub, a professor of psychiatry and behavioral sciences at Northwestern University Feinberg School of Medicine's Mesulam Center for Cognitive Neurology and Alzheimer’s Disease in Chicago. “They do affect your thinking abilities while you're taking them, and we really don't know the long-term effects.”

The American Geriatrics Society reported in its journal last year that, “These medicines can affect your memory and ability to think, and they can even lead to increases in the risk for falls, dementia, and death.”

Its latest recommendations for clinicians, the AGS Beers Criteria for Potentially Inappropriate Medication Use in Older Adults, strongly advises against people 65 and older using the 35 anticholinergics it lists as “high-risk,” including those used to treat Parkinson's disease.

But Coupland and Weintraub both advise against stopping the medications abruptly.

"Have a discussion with your doctor,” says Weintraub, “and see if there's an option to being on that particular [anticholinergic] drug. Most doctors are looking for the drugs with the least side effects — they don't want to hurt people. But it may be worth staying on it if you have a serious issue and that's what works for you."