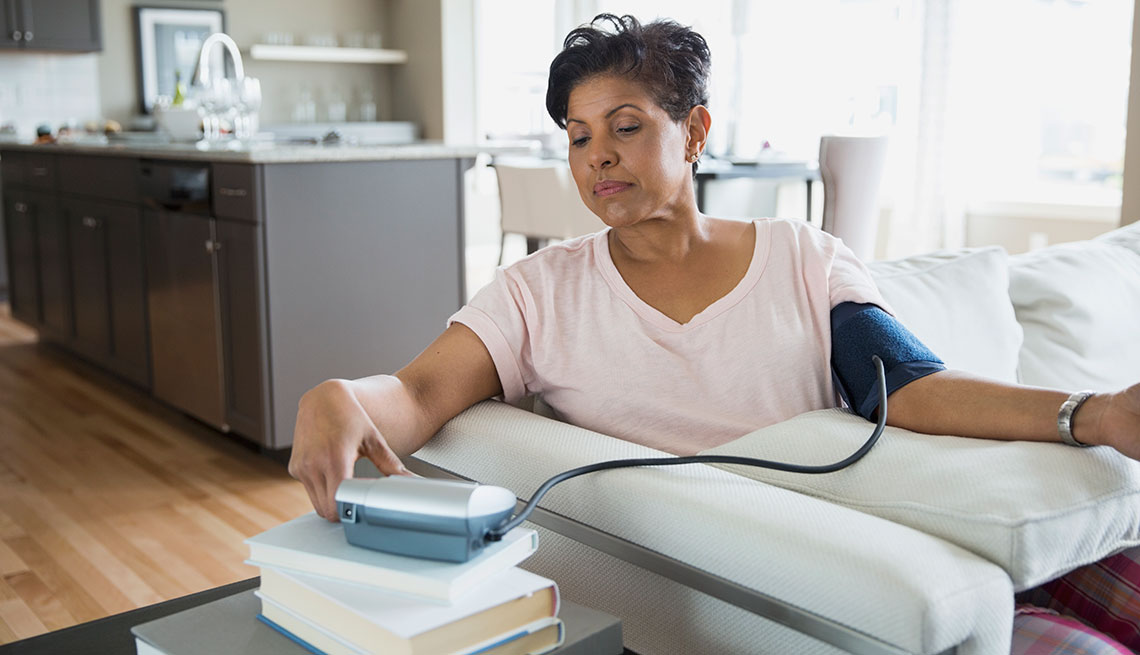 Self monitoring provided a more accurate — and consistent — blood pressure reading compared with one taken at a clinic by a health care professional, researchers said.

Do-it-yourself blood pressure monitoring can significantly lower the numbers, according to a new study in the medical journal Lancet, thus cutting the risk of heart attack and stroke.

A year later, those who had monitored their pressure themselves — by either method — saw significantly lower numbers in systolic pressure (the first number in a blood pressure score). And the reduction in that systolic reading was enough, the study’s authors write, to cut the risk of stroke by 20 percent and the risk of heart attack by 10 percent. The researchers also noted how the data indicated even greater improvement might occur with more time.

The results could have value to the 75 million Americans who have hypertension, which is also the leading risk factor for cardiovascular disease.

As for what, exactly, was the secret sauce in the study's findings? It wasn't some powerful mind-body connection kicked off by the act of taking one’s own blood pressure (and being therefore unable to ignore it). As the researchers put it, “Self monitoring in isolation is not associated with better blood pressure control.” Rather, self monitoring, combined with having results being regularly reported to a doctor, who might then adjust medication accordingly, seemed to explain the benefit.

What might also play a role, they said, is how self monitoring provided a more accurate — and consistent — reading, one not thrown off by “white-coat syndrome,” where your blood pressure ticks upward as you sit anxiously in a doctor’s treatment room waiting for someone to lean in close to strap a monitor onto your arm.