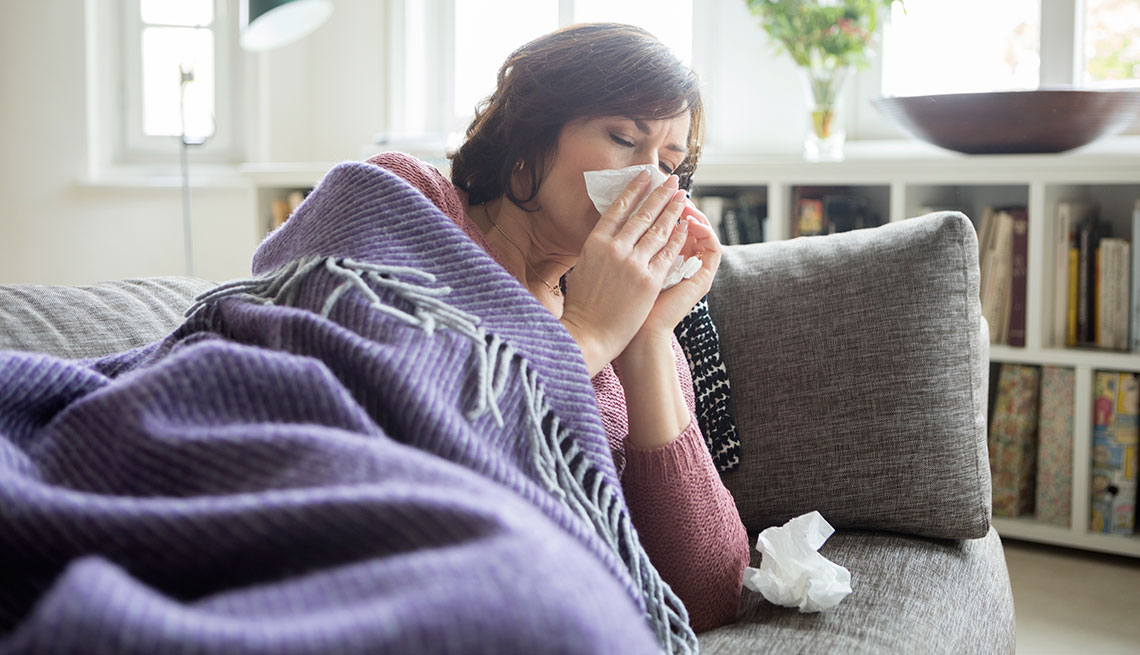 People across the U.S. are sick. Widespread flu activity has been reported in 46 states.

If your holidays and beyond can be described as all over but for the coughing, the Centers for Disease Control and Prevention's latest flu update shows you’re in plentiful wheezy company.

That’s because flu was as contagious as holiday cheer this season, with the latest report showing a sharp increase in influenza cases across the country for the week ending Dec. 30. In California, the Los Angeles Times reported, so many have been hit by flu that emergency rooms are packed and pharmacies are running out of the medicine Tamiflu.

The CDC's report the previous week had shown another major uptick, which means the entire season was filled with gifts that kept on giving, as relatives in close quarters likely passed the virus from person to person — unless they followed CDC instructions, which are to avoid any contact with others, to stay home for at least 24 hours after a fever breaks and to wear a surgical mask if going out is necessary.

During the period covered by the report, the highest rate of hospitalization for the flu was among adults over age 65 (at 56.6 per 100,000 people), and those cases were almost entirely related to older people catching the subtype A (H3N2) virus that has dominated this flu season and that is harder, if not impossible, for them to fend off with a basic flu vaccine. The only rate of hospitalization for older Americans that was higher recently was during the especially deadly 2014-15 season, but we’re still below those hospitalization thresholds, for now.

So in what states were the holidays most ruined by the respiratory illness? As tracked by outpatient visits for flu-related symptoms, only nine states experienced minimal activity: Connecticut, Delaware, Idaho, Maine, Montana, New Hampshire, North Dakota, Rhode Island and Vermont. As tracked by state epidemiologists (a method that gives an overview of the geographic spread of flu if not its severity), the states showing the least influenza for the holiday week were Hawaii, Maine, New Hampshire and New Jersey, as well as the District of Columbia. Every other state showed widespread activity, which is significant when you consider that at this time last year, there was no widespread activity anywhere. 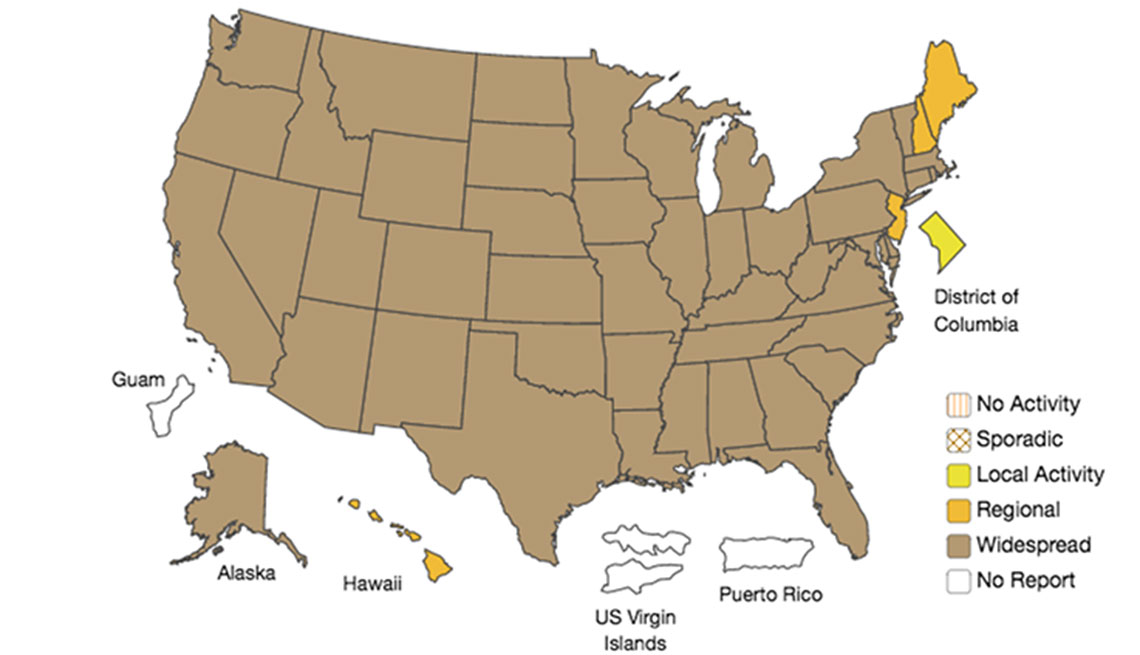 Have we seen the worst of it? Odds are, no. The CDC reports that between 1982 and 2016, the height of flu season fell in December for just seven flu seasons. Most often — or over 14 seasons, however — it comes in February.