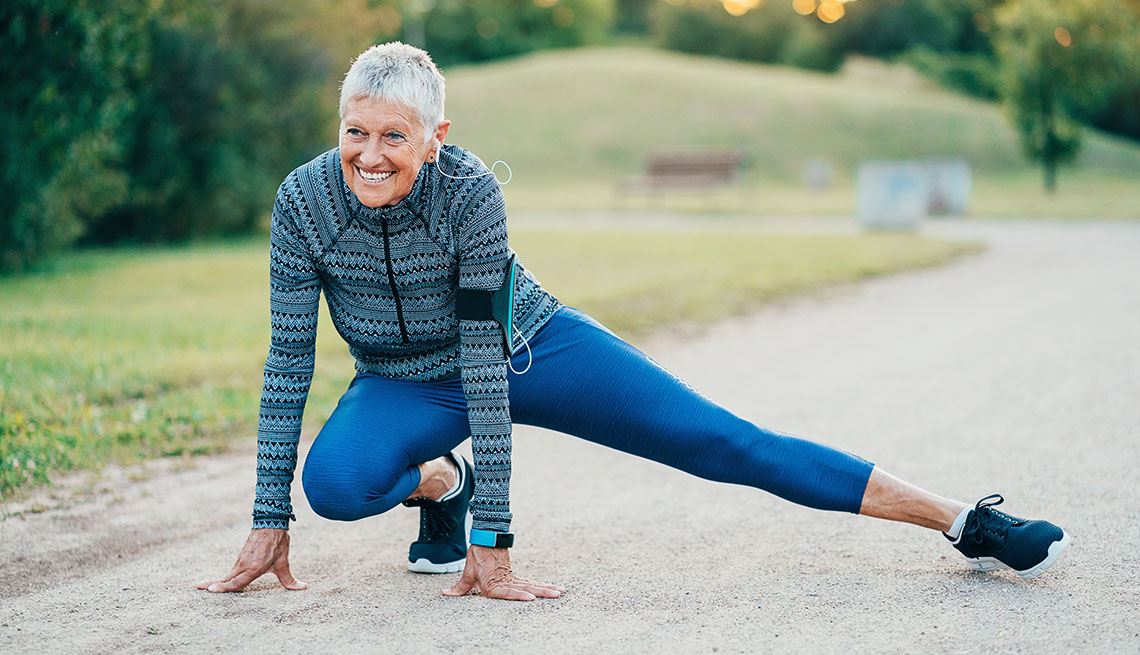 If you’re over 65, you’re probably worried about having a heart attack, or being diagnosed with breast or prostate cancer. But you’re actually much more likely to have osteoporosis, a disease that weakens bone and increases the risk of fracture. In fact, about 10 percent of Americans age 50 and older have osteoporosis and another 43 percent have osteopenia, or low bone density. And with osteoporosis, you’re much more at risk of suffering a hip fracture, which can prevent you from living independently and may sometimes even be deadly.

Now, new research suggests that hip fracture rates in older women are on the rise.

In a study published this month in Osteoporosis International, researchers looked at Medicare claims of women age 65 and older from 2002 to 2015. They found that rates declined until 2012. In 2013 hip fracture rates were higher than had been expected, a concern since they are expensive and associated with a loss of independence and even death. “As a result, we ended up with over 11,000 additional hip fractures from 2013 to 2015,” says study author E. Michael Lewiecki, M.D., director of the New Mexico Clinical Research & Osteoporosis Center in Albuquerque.

There are several reasons for the uptick in fractures, he says. Since Medicare reimbursement rates for bone density testing have gone down over the last several years, some screening facilities have actually closed down, leading to fewer people getting checked. But the main — and more concerning — reason is many people have stopped taking bone density medications.

In fact, use of these drugs dropped from 15 percent in 2004 to just 3 percent in 2013. “It’s a real crisis point in osteoporosis treatment,” says Sundeep Khosla, M.D., an osteoporosis specialist at the Mayo Clinic in Minnesota. “Many people have been scared away from taking these drugs after reports of very rare side effects, including thigh fractures and breakdown of bone in the jaw. As a result, many who should be on them aren’t — and we’re seeing rising fracture rates as a result.”

Here are the four things osteoporosis experts say you need to do to help keep your bones strong and reduce your risk of fracture, either now or later.

You know your blood pressure and cholesterol numbers, and you should know your bone density, too. Every woman should have a baseline screening at age 65, and men should have one at age 70, says Khosla. But you may need to have one earlier if you have risk factors such as a strong family history of osteoporosis, rheumatoid arthritis and are on certain medications such as steroids, and if you smoke or consume more than three alcoholic drinks a day. Having suffered a past low impact fracture such as falling and breaking your wrist also puts you at greater risk.

You should also discuss possible earlier screening with your physician if you regularly take a type of anti-depressant known as selective serotonin reuptake inhibitors (SSRIs), such as sertraline (Zoloft and generic), or a type of anti-anxiety medication known as benzodiazepines, such as diazepam (Valium and generic). Both appear to significantly increase risk of having an osteoporotic fracture, according to a study published recently in JAMA Psychiatry.

If you don’t have any risk factors, it’s fine to wait until age 65, says Khosla. If your bone density is found to be normal (defined as a T-score -1 or better), you don’t have to have another test for a decade. If you have osteopenia, or low bone density (defined as a T-score between -1 and -2.5), you should have a follow-up scan sometime between three and five years, and if you have osteoporosis (with a T-score -2.5 and below), you’ll need repeat testing every two years.

Try to have follow-up scans done at the same facility, as bone density measurements are easier to compare if they have been taken on the same model.

Women over age 50 and men over age 70 need about 1200 mg of calcium a day, ideally from food, according to the National Osteoporosis Foundation. A cup of milk has 300 mg, while a 6-ounce serving of low fat yogurt has about 260 mg; 3 ounces of canned salmon has around 180 mg, and a cup of cooked broccoli has 60 mg. “It’s still essential to get this total amount, since we lose calcium every day in urine and in our intestines and need to replace it,” explains Lewiecki.

Vitamin D is also important, since it helps your body absorb calcium. While the NOF recommends men and women over age 50 get 800-1000 IU worth, “it’s a good idea to have your doctor check your Vitamin D levels," says Ethel Siris, M.D., director of the Toni Stabile Osteoporosis Center at the Columbia University Medical Center. If you’re low — under 30 ng/mL — you may want to talk to your doctor about supplementing to obtain a higher level, she says. (Vitamin D is only found in a few foods, like fortified milk or orange juice or fatty fish like salmon.) And bone up on as many fresh fruits and veggies as you can; these foods are rich in potassium and magnesium, both of which have been linked to better bone mass in people.

Amp up your exercise

Many groups, including the National Osteoporosis Foundation, recommend exercising for at least 30 minutes most days of the week. This includes weight-bearing exercises, such as walking, as well as muscle-strengthening exercises such as resistance training. But don’t be afraid to amp it up a notch. Thirty minutes twice a week of high intensity resistance and impact training (moves like deadlifts, overhead presses, or back squats) improved bone density as well as strength in postmenopausal women with low bone mass, without injury, according to a recent Australian study. “We do know that the higher impact the activity, the better it is for bone density,” says Khosla. Just make sure that when you start the program, you’re being supervised closely, either in a small class or with a trainer, to reduce your own risk of injury, he advises.

It’s also crucial to make sure you work on balance. People over the age of 55 who have poor balance have more than twice the risk of suffering an osteoporosis related fracture and about three times the risk of hip fracture than those who don’t, according to a study published in the American Journal of Epidemiology. “If you improve your balance, you reduce your chances of falling, which is the main cause of any kind of osteoporosis related fracture,” says Siris.

Consider a course of gentle yoga or tai chi: a study published last year in the Journal of the American Geriatrics Society found that elderly adults who practice tai chi may reduce their risk of falls by up to 50 percent.

Don’t shy away from medications

If you’ve been diagnosed with osteoporosis, your doctor may recommend that you take a certain type of drug called a bisphosphonate, which includes medications such as alendronate (Fosamax), ibandronate (Boniva), risedronate (Actonel), and zoledronic acid (Reclast), to help strengthen your bones. These drugs work well: Some studies show they halve the risk of fractures.

But they have also been linked to very serious but very rare side effects, such as broken thighbones and jaw bone decay. As a result, use of these drugs has fallen by about 50 percent, according to a 2015 study published in the Journal of Bone and Mineral Research.

But experts say that’s a mistake. “People just don’t realize how common and deadly osteoporosis can be,” says Khosla. “Just like doctors prescribe statins to people with high cholesterol, or to people who have suffered a heart attack, if you have osteoporosis and/or have had one osteoporosis related fracture, you should be on medications — or at least strongly considering them.”

Part of the problem, adds Lewiecki, is in the past doctors were treating all women with osteopenia with bisphosphonates, instead of those who were on the cusp or had full-blown osteoporosis. “These women weren’t at significant enough risk of a fracture to justify taking the drug,” he explains.

In addition, most people aren’t put on these drugs long-term: Instead, after about five years, some postmenopausal women should consider taking a holiday from these drugs if their bone density has improved. “There’s really no benefit from being on these drugs for longer,” explains Khosla. You’ll just need to be followed closely with repeat bone density scans every year or two. If your bone density begins going down, you can either go back on the bisphosphonates or switch to another class of osteoporosis drugs that doesn’t carry the same risks, like teriparatide (Forteo).