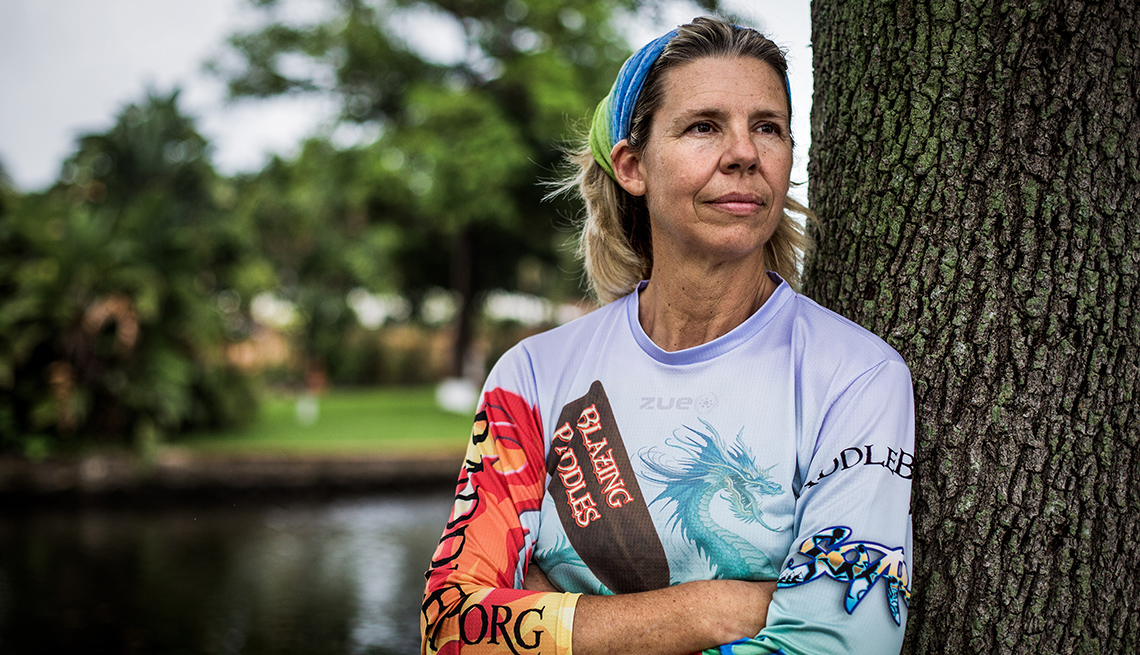 Learn more about the pros and cons of immunotherapy for cancer treatment.

En español | Over the last couple years, Judy Perkins has lived life according to her bucket list. She went rafting in the Grand Canyon, and hiking in Nepal and Patagonia. She completed a trip around Florida by sea kayak.

Perkins, 52, did all these things because she believed she would die within months of metastatic breast cancer. She was first diagnosed and treated for early-stage breast cancer — ductal carcinoma in situ — in 2003. She opted for aggressive treatment: a mastectomy, where surgeons removed her entire left breast. She assumed she was cured. Then, a decade later, she felt a lump on that same side, where her breast had once been. The cancer had recurred, but this time it had spread throughout her chest wall. She had metastatic breast cancer, and her oncologist gave her three years to live.

Over the next two years, Perkins hunted for clinical trials to join and tried every treatment imaginable. She had some success with one drug but had to stop taking it after developing a dangerously low platelet count. In 2015, just as she felt she'd run out of options, she heard about a clinical trial at the National Institutes of Health using a new type of therapy, called immunotherapy, to treat cancer.

She flew to Bethesda, Md., to undergo treatment — a grueling ordeal that involved (along with five days of high-dose chemotherapy) having doctors extract her own immune cells, enhance them in a laboratory, then inject them back into her body. She experienced high fevers, chills and bouts of diarrhea. But within about a week, she realized the treatment was working. “The tumor had been pressing on a nerve that sent pain shooting all the way up and down my chest and back,” she says. “The pain disappeared so rapidly that 10 days after treatment, I was able to completely stop taking my pain medications.”

More than two years later, Perkins is cancer free, and doctors have told her they don’t expect her cancer to come back. “It’s so strange, because three years ago I was planning my bucket list and thinking about all the books I would read before I died,” she says. “Now I have a new lease on life. I have probably 20 or 30 years ahead of me. I quit my job as an engineer when I was diagnosed with metastatic cancer. Now I have to think about what I want to do — go back to nursing school? Volunteer?”

Immunotherapy — treatment that uses certain parts of a person’s immune system to fight diseases such as cancer — isn’t a new concept. “The idea that we could use the body’s own natural defense mechanisms to attack cancer cells has actually been around for quite some time, since the 1960s,” says Len Lichtenfeld, M.D., deputy chief medical officer of the American Cancer Society. But incredibly, it’s taken a half-century to come to fruition.

This revolutionary therapy has quickly become the gold standard to treat many types of hard-to-treat-cancers, such as lung cancer, melanoma and kidney cancer, says Sumanta Pal, M.D., an associate professor in the department of clinical oncology at the City of Hope Comprehensive Cancer Center.

But while immunotherapy can be a miracle therapy for some, it’s not a panacea for everyone, Pal warns. One preliminary analysis found that fewer than 10 percent of all cancer patients can benefit from it. In rare cases, it’s even been linked to harm. “There’s a rush now to try immunotherapy with end-stage cancers, but it doesn’t work for every patient and every cancer type,” Pal says. “That’s why it’s important for patients to understand the pros and cons and have an in-depth conversation with their oncologist.”

Here’s a look at what types of immunotherapy are currently available and what’s in the pipeline for the future. 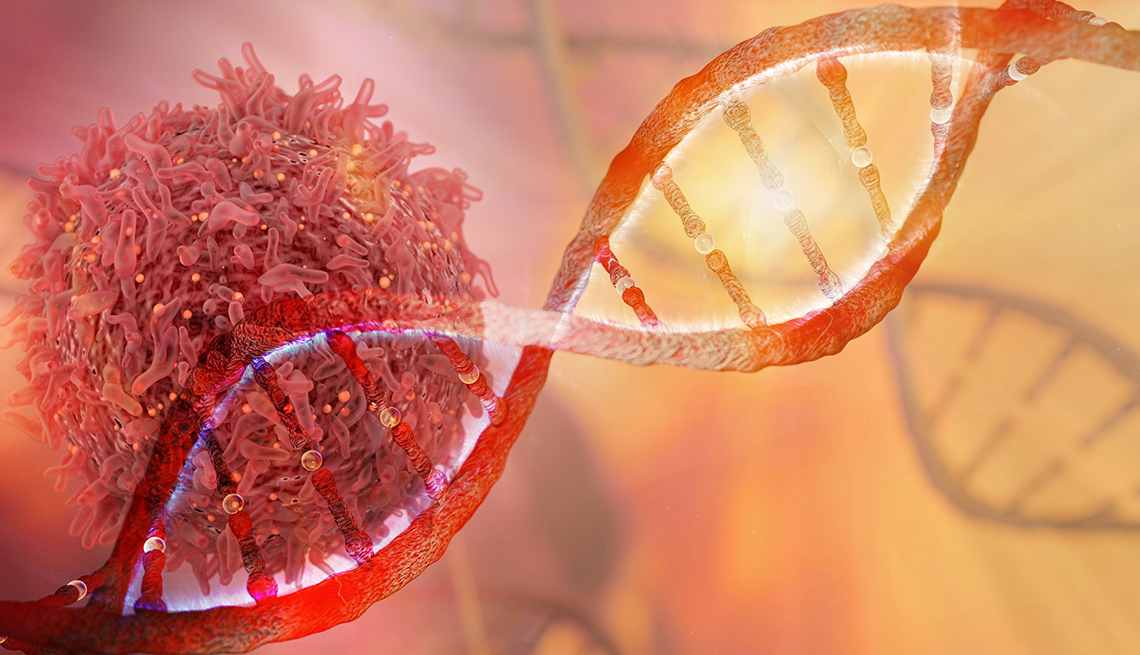 There are two main types of immunotherapy currently approved to treat certain types of cancers: drugs called checkpoint inhibitors and the less frequently used chimeric antigen receptor (CAR) T-cell therapy. We break down both below, starting with the drugs.

This class of FDA-approved drugs is now being used now for many types of cancer, including melanoma, lung and kidney cancers. One drug, pembrolizumab, made headlines earlier this year when a study in the New England Journal of Medicine found that when it was combined with chemotherapy, it dramatically boosted patients' odds of surviving lung cancer.

An important part of our immune system is being able to discern between normal cells and potentially cancerous ones. That way, it can attack the “foreign” ones while leaving healthy ones alone. But some cancer cells are smart enough to figure out how to outwit our immune systems completely, explains Vamsidhar Velcheti, M.D., associate director, of the Center for Immuno-Oncology Research at the Cleveland Clinic Cancer Center. What checkpoint inhibitors do is boost your immune system’s ability to fight cancer cells while inhibiting their ability to turn our cells against us. To do this, they target our immune system's “checkpoints” — molecules on certain immune cells that need to be turned on (or off) to start an immune response.

Which cancers they're used for:

These drugs have been approved by the FDA to treat a range of different cancers, including melanoma, lung cancer, kidney cancer, bladder cancer, head and neck cancers, and Hodgkin's lymphoma. But they only work in about one-third of all patients, Velcheti cautions, and there’s no good way to predict who will respond to them, and who won’t.

Research suggests that if these drugs are given under the wrong circumstances, they can be deadly. Recently, 20 patients with an uncommon blood cancer called adult T-cell leukemia-lymphoma were enrolled in a clinical trial to see if they would respond to nivolumab. But researchers had to halt the study after three patients given a dose of the drug rapidly worsened instead of staying the same or improving. “The drug itself stimulates T-cells, so it may have stimulated some of the cancerous T-cells as well as the healthy ones,” explains Patrick Hwu, M.D., division head of the Division of Cancer Medicine at the MD Anderson Cancer Center in Texas. While this isn’t likely to happen with other cancers, Hwu warns that even people who take these drugs and respond to them experience potentially serious side effects. “They can cause your immune system to go into overdrive, so that it attacks healthy organs in your body, causing symptoms like colitis,” Hwu said.

Used much more rarely than checkpoint inhibitors, and currently only for blood cancers, this treatment follows the same basic principles as the drugs — boosting our own immune systems to identify and fight cancer cells.  It focuses on T cells (a type of protective white blood cell), which are collected in a blood sample, modified in the lab to better fight cancer, then reinfused back into a patient's system.

In this type of therapy (chimeric antigen receptor T-cell), immune cells extracted from a cancer patient are injected with a man-made receptor (CAR) to make them better able to spot and fight cancer cells, Lichtenfeld explains. The whole process can take several weeks. There are currently three CAR T-cell therapies that are approved by the FDA, though clinical trials are testing its use for other types of blood cancer.

Which cancers it’s used for:

CAR T has only been approved for use for acute lymphoblastic leukemia and advanced or recurrent large B-cell lymphoma, Lichtenfeld says. Researchers are also now studying it for other blood cancers, such as multiple myeloma and a type of lymphoma known as mantle cell lymphoma, as well as for breast cancer and brain tumors.

CAR T does have side effects, some of which can be life-threatening, such as very high fevers and dangerously low blood pressure as well as brain changes that can lead to confusion, seizures or severe headaches.

The treatment that led to such a dramatic recovery from late-stage breast cancer for Judy Perkins is one of several immunotherapy treatments that are in development. Here’s a look at some of the most promising therapies currently in clinical trials. If all goes well, researchers hope to see some of these treatments getting FDA approval — and becoming available to the general public — in two to five years.

The experimental tumor-infiltrating lymphocyte (TIL) therapy that Perkins had involves removing immune system cells deep within tumors, growing them in the lab by treating them with a compound called interleukin-2, then injecting them back into the patient. “The idea is that these immune cells are trying to work but are not doing a good enough job. So we grow them into large enough numbers so they can do what they need to do,” Hwu explains. Researchers have had some success using TIL therapy to treat other cancers, such as liver cancer and colorectal cancer, but warn that the success rate is still very low — only about 15 percent.

There are a host of different vaccines that are being studied to fight cancer, Hwu says. These include tumor cell vaccines (made from actual cancer cells removed during surgery) and antigen vaccines (which use only a small piece of protein rather than the whole tumor cell) to dendritic cell vaccines (which involve taking special immune cells in the body that help the immune system recognize cancer cells and helping them grow). Clinical trials are looking at these types of vaccines to fight a slew of cancers, including cervical, colon, kidney, pancreatic and lung cancer.