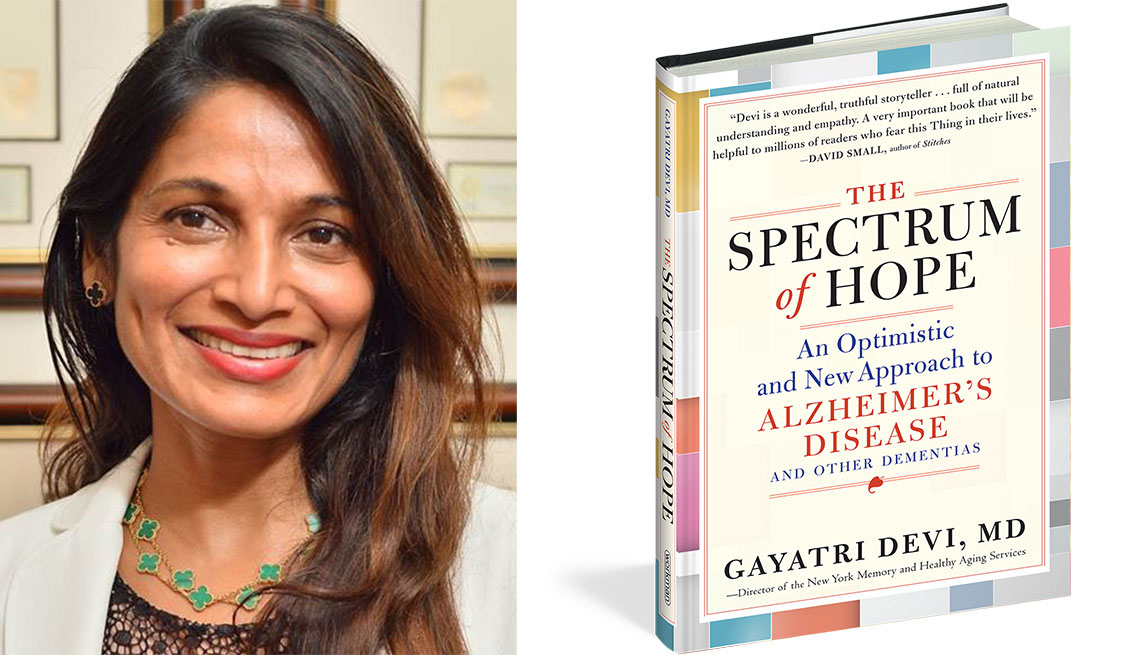 Gayatri Devi, M.D., believes that we need to look at Alzheimer's disease as a spectrum disorder.

En español | For Gayatri Devi, M.D., stories have always been at the heart of her medical practice and research. “Medicine is all about stories,” said Devi. “You tell the doctor what's wrong with you, and then you two embark on a journey together to discover what is causing it.”

For each stage I take a multipronged approach, using both FDA-approved and off-label treatments, as well as addressing lifestyle changes. I find that diet as well as aerobic and weight-bearing exercises can be important to help to keep the brain resilient from plaque-driven brain-cell loss and can improve a patient’s level of functioning. Preventing other things that can accelerate progression, such as high blood pressure or diabetes or depression, is also important.