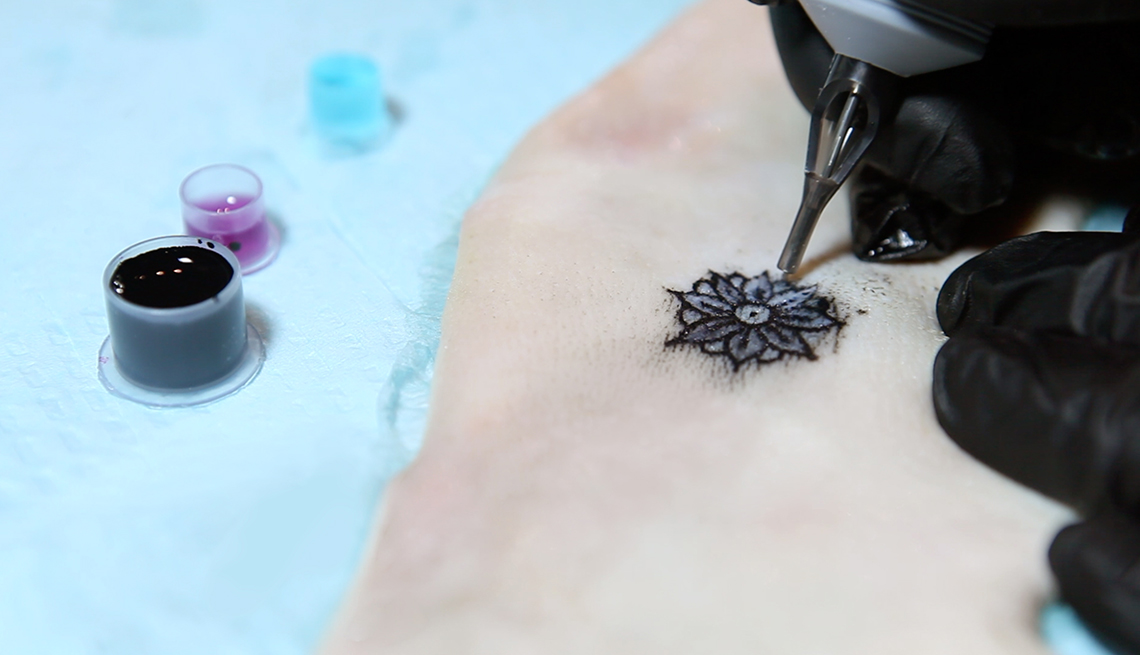 This early-stage biosensor project is intended to inspire other researchers to continue exploring the field.

Thanks to researchers at MIT and Harvard, pharmaceutical companies may have a new avenue in diagnostic medical tools to explore: tattoos.

The DermalAbyss project is examining a new world of bio-interfaces in which the body surface itself is used as an interactive display. Traditional tattoo inks are replaced with biosensors that change colors in response to variations in interstitial fluid, otherwise known as tissue fluid. Researchers investigated four biosensors in which the inks changed colors on the skin to mark differences in the body’s pH, glucose levels and sodium levels.

The project is the result of a collaboration between MIT researchers Katia Vega, Xin Liu, Viirj Kan and Nick Barry and Harvard Medical School researchers Ali Yetisen and Nan Jiang. While there are no current plans to develop DermalAbyss as a product or pursue clinical trials, they hope that the positive response from the media and the public will inspire drug companies and other research industries to push forward with the work they began.

“The purpose of the work is to light the imagination of biotechnologists and stimulate public support for such efforts,” Vega says.

Such a tattoo could be particularly useful for patients who have to continuously monitor medical issues such as diabetes. Currently, diabetics typically monitor glucose levels by piercing the skin, sometimes as often as 10 times per day. With DermalAbyss, the researchers foresee a time when the painful procedure is replaced with a tattoo that changes color based on insulin need.

In addition to glucose, the team explored a sodium biosensor tattoo that could signal changes in hydration levels, and one for pH levels, which measure the balance of acid and alkaline in your body.

Preliminary evaluation for the project was done on a pig skin model. There would need to be a great deal of additional safety testing for human use, including research on the toxicity of the sensors. If a product is developed in the future, it could open up opportunities for unique collaborations for the health care industry.

“We envision new partnerships between the biotech companies and skin professionals such as prosthesis experts and tattooists in order to embrace the idea of human-device symbiosis,” Vega says.

Even among a healthy population, the tattoos could provide information on overall wellness and early warning signs of issues that patients could discuss with their doctors.

“People want to know what is happening in their body. Are they drinking enough water, or eating too much sugar?” says fellow researcher Liu. “It is not necessarily only for patients with an illness like diabetes.”

The researchers are publishing an academic paper that is currently in review and will be released on the MIT website.

“Before, people would say that the idea of a [biomedical] tattoo is crazy, but now everyone is so excited and we are getting comments and emails from people who want to have it,” Liu says. “I think that the reason people are excited is that in the end we are human beings and this is about listening to our own bodies.”

Additional photos and a video of the tattoos at work are available here.