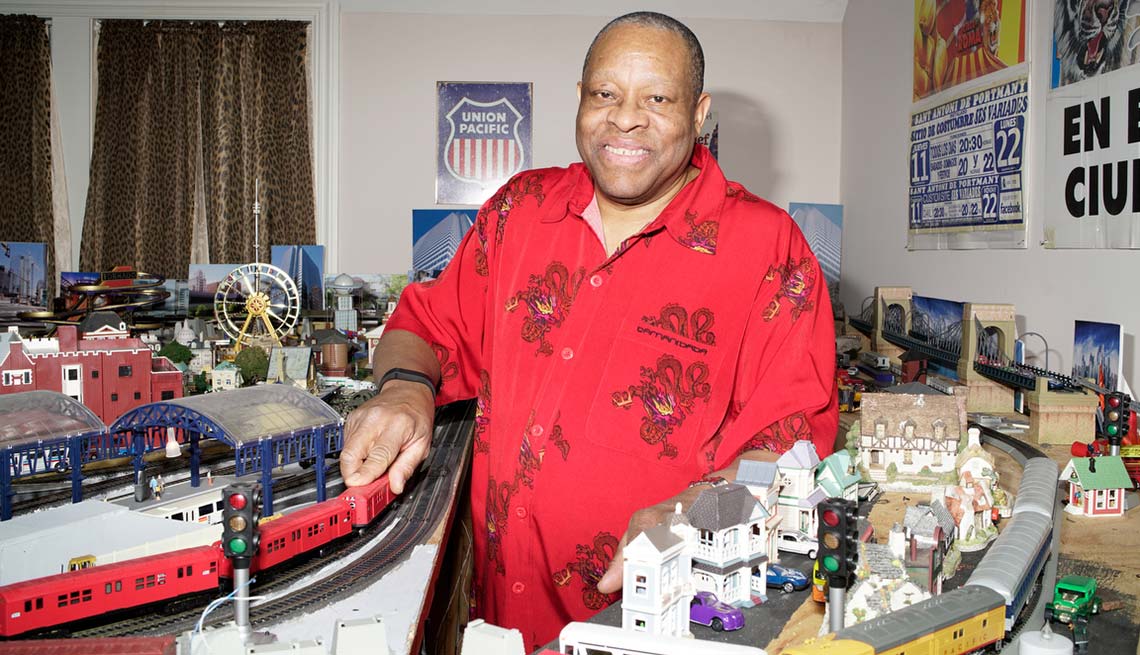 Will J. Wright has been in remission from cancer for five years.

The worst week of my life was in June of 2010, when I learned I had prostate cancer and kidney cancer. I was in shock. I knew that as an African American male, I was 2.4 times more likely to die of prostate cancer. I didn't want to be one of them. So I had been getting my prostate-specific antigen (PSA) level checked since I was 30. I had it tested again at work, when we had a men's health week, and my PSA levels were unusually high.

I was 60 years old and had just been tested six months before. Sometimes, just knowing your baseline number can make the difference between hearing "Your cancer is inoperable" and "We've caught it early." The kidney cancer was discovered later that week. I was walking to work and started feeling weak and dizzy. I nearly collapsed. Doctors first thought I was anemic. But after a full checkup, we got the real answer. Doctors operated immediately to remove a third of the left kidney. I took a few months to heal and then, in November 2010, had prostate surgery. The prostate cancer was aggressive, so there was no wait-and-see option for me. It was important to me to be sexually active with my wife. Robotic surgery was able to preserve as many nerve cells as possible. I've been in remission now for five years. I consider myself extremely lucky. —JoBeth McDaniel 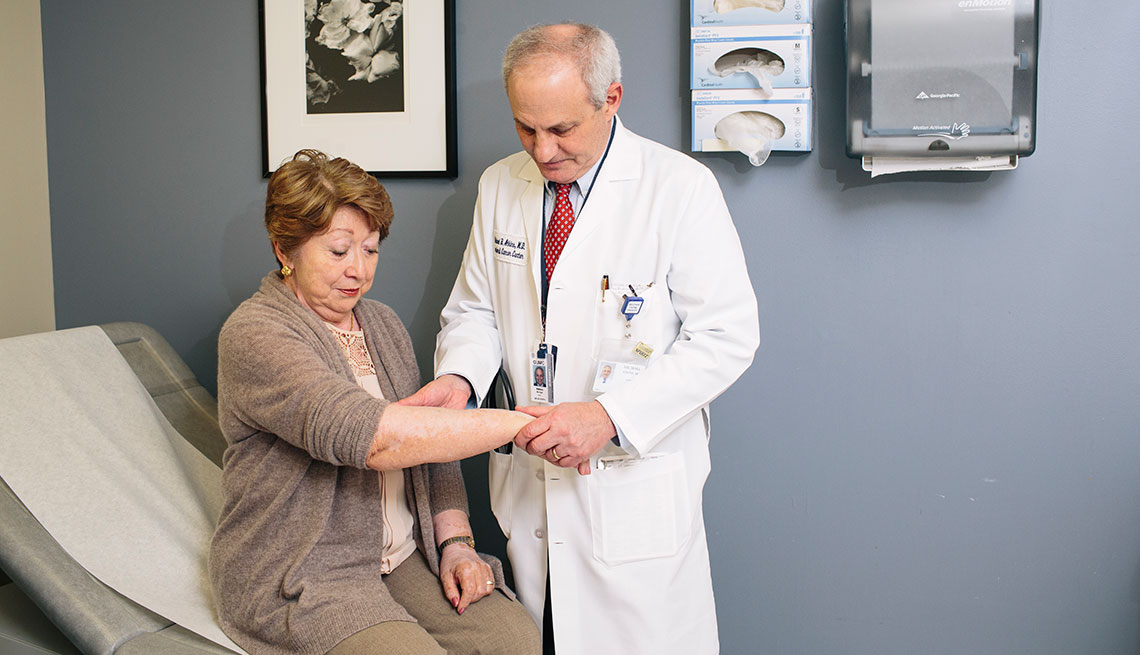 Teresa Pacheco survived melanoma with the help of immunotherapy drugs.

Age: 75
Home: Fairfax, Va.
Occupation: Retired from a job in finance at the World Bank

En español | Five years ago, I had a mass removed from behind my right ear, and it was malignant. In 2013, the oncologist saw a spot on my lung that was tiny, but at the next checkup, it was bigger.

An in-depth guide to the latest research, the fight for a cure, stories of survival and more.

After a biopsy, the doctor said it was melanoma metastasized from my neck. He said it was very serious. (At the time, patients with metastatic melanoma lived an average of six to nine months.)

We were in shock. The doctor told us there were clinical trials for two new immunotherapy drugs — not yet approved by the FDA [Food and Drug Administration] — for metastatic melanoma. My whole family began searching the Internet for trials using these two new drugs.

Late one night I started looking and found one at Georgetown [University cancer center]. I couldn't believe it.

I got an appointment with Dr. [Michael] Atkins two days later. He told me, "I have two openings for the trial, and I'm offering you one if you are willing."

When I went for my checkup, Dr. Atkins had bad news and good news. "The manufacturer of the medicine doesn't want to continue the treatment because of your eye problems. That is the bad news. But the good news is that you are cured. You don't need any more treatments."

It's been 2½  years, and I have everything that I can hope for. We've been able to travel and see the world.

With cancer, you must do what they tell you to, because we don't have other chances. You have to be strong, and you have to be hopeful. —Elizabeth Agnvall 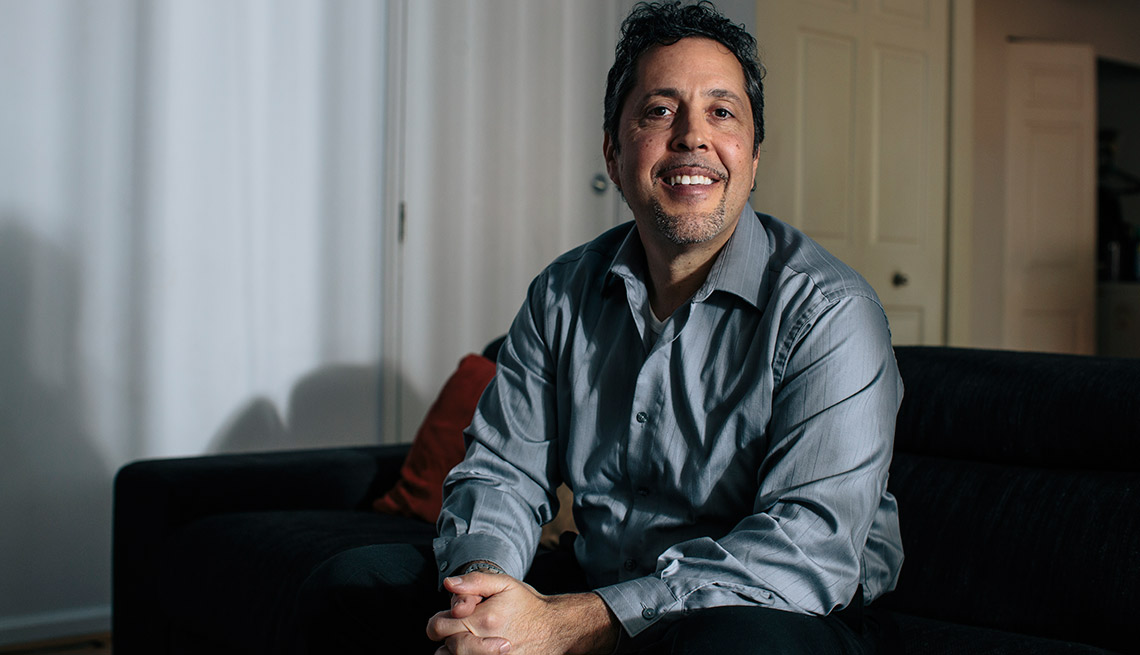 I was a 28-year-old newlywed when I was diagnosed with CLL [chronic lymphocytic leukemia]. There is no curative treatment. I decided against a high-risk, experimental bone marrow transplant. Surgeons removed my spleen, which was full of leukemic cells. Then we tried "watchful waiting."

My oncologist was Lee M. Nadler, dean of clinical and translational research at Harvard Medical School. I also consulted with specialists at Johns Hopkins [University]. Based on what I learned, I changed from a highly processed, sugar-filled diet to one that is nutrient dense and more plant based. I added exercise and stress-reduction activities, improved my sleep habits and made sure I was always well hydrated.

Today I'm 52, and there is no evidence of my cancer. Sure, maybe luck is involved. But patients need to actively participate in their treatment and get an opinion from an academic center. The National Cancer Institute has a great website at cancer.gov, with information on the latest research-proved treatments for various types of cancer.

All of us have malignant cells circulating in our body. Our immune system's role is to attack these cells. So it's critical to live as healthfully as possible and create an environment that makes it harder for disease to recur. This doesn't mean running off to try this or that in lieu of a conventional treatment that has been proved effective. I am a firm believer in Western oncology. But when you are diagnosed with cancer, it's important to look at all aspects of how you live. —JoBeth McDaniel 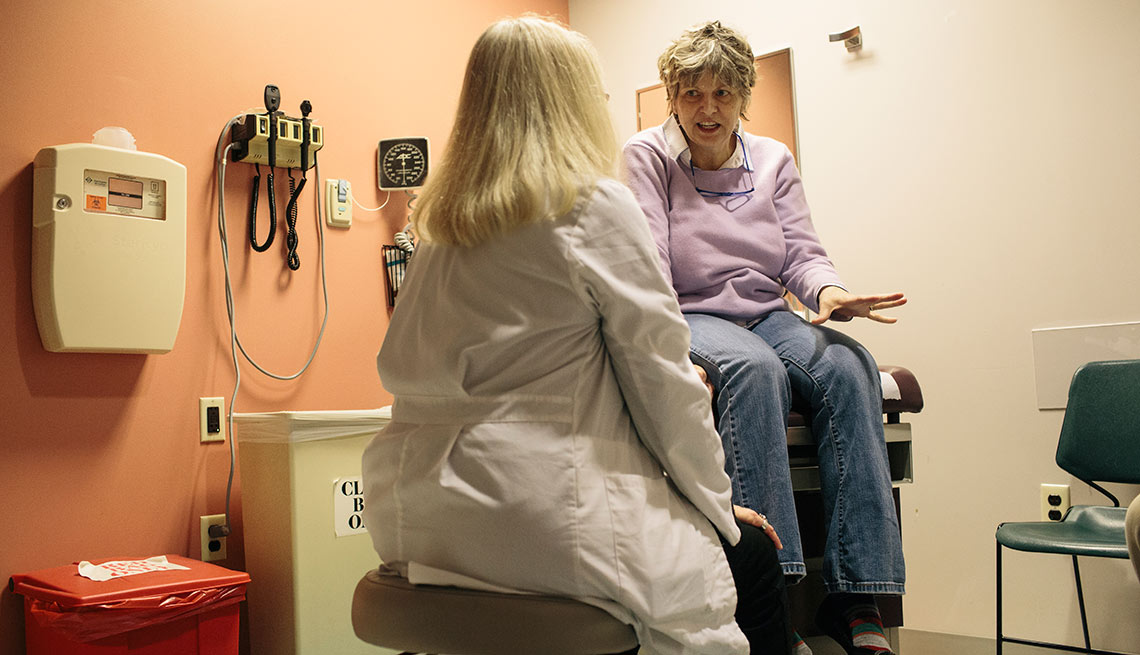 In 2005, I received a note from a distant cousin warning me that a blood test revealed that she and other family members carried a genetic mutation called Lynch syndrome, which is tied to a greater risk of colorectal cancer. I had no symptoms, but months later when I went in for a colonoscopy, there was a tumor blocking my colon. Within 24 hours, I was in emergency surgery.

It was stage 3B cancer, but it had not spread, and surgery successfully removed the tumor, followed by six months of chemotherapy.

But the cancer kept coming back — eight times between 2006 and 2013. The occurrence was always in the same area and always detectable by a CT scan. On the ninth occurrence, in August 2013, my oncology surgeon told me we couldn't do any more surgeries. Then my doctor heard a Johns Hopkins University researcher describe an immunotherapy drug specifically for colon cancer with this mutation. She was looking for patients. So in January 2014, I got my first treatment.

I've now had two years of treatments, and they call me "stable." Nearly everyone in the trial has had positive responses. It's the same drug that President Jimmy Carter takes for his melanoma. It basically trains the immune system to recognize and eradicate cancer before it starts growing.

Before I started this therapy, I had a grapefruit-size protrusion above my waistline from my tumor. Within months of starting the medicine, it had shrunk to the size of a golf ball. Now it's pea-size. Some days I can't find it at all.

I had healthy habits even before I got cancer, eating a mostly vegetarian diet and doing yoga, meditation and regular exercise. So when I was diagnosed with aggressive stage 4 metastatic breast cancer, in August 2008, I didn't need to change my lifestyle much. After the mastectomy, I was scheduled for chemo. But the cancer had spread to my pelvic bone, so instead we did radiation to my hip and chest. We decided to hold off on chemo until I really needed it.

I never needed it. I'm cancer free now. I took tamoxifen for six years, but we took a less-is-more approach. I have a collaborative relationship with my oncologist at the Dana-Farber Cancer Institute in Boston. I listen to her, of course, but she also listens to me. I do get nervous right before I go in for my regular scan, but if bad news comes, I'll deal with it then. It doesn't keep me up at night.

They told me that I had a 5 percent chance of surviving five years. So I threw parties at month 18, and a big bash at year five. I wrote a daily blog for five years as a way to update people in my close circle. It turned into more of an inspirational thing about healing and spirituality.

There were some changes. I got a divorce. Then I fell in love all over again with my first boyfriend. I [started] long-distance bike riding. I got a dog.

Cancer, strangely enough, has made me less fearful. My anxiety is pretty much zero. I care more about enjoying daily life and maintaining good relationships with family and friends. Once cancer happened, it clarified what was important. —JoBeth McDaniel