Scientists are issuing a stark new warning for people who have had a heart attack and continue to use popular painkillers like Advil (ibuprofen) or Celebrex (celecoxib): Don't take them unless you absolutely have to.

Danish researchers report that taking these nonsteroidal anti-inflammatory drugs — or NSAIDs — after a heart attack greatly increases the risk of death or a second heart attack, and the risk persists for years. 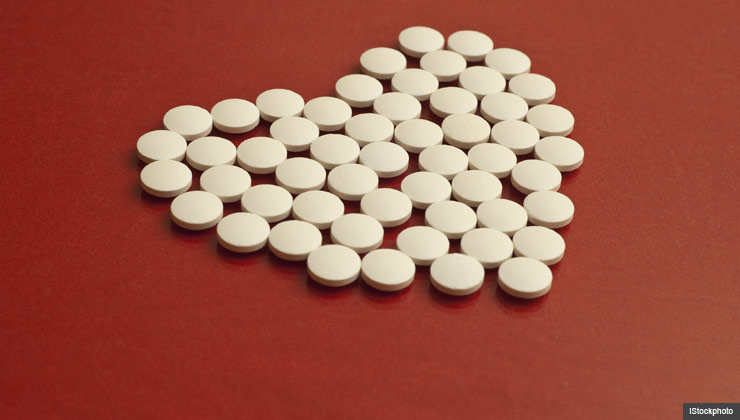 "It's very frightening. There seems to be no safe treatment window" for NSAIDs once you've had a heart attack, said Anne-Marie Schjerning Olsen, a cardiologist at Copenhagen University Hospital Gentofte who, along with colleagues, reviewed the records of nearly 100,000 patients who had suffered a heart attack between 1997 and 2009. About 44 percent of them received at least one prescription for an NSAID. Among people who didn't take NSAIDs, Olsen says, the cardiovascular risk after a first heart attack declines rapidly during the first year. "After five to 10 years it's almost the same" as the general population, she says. But heart attack survivors who took any NSAID other than low-dose aspirin had a higher risk of having a second heart attack or dying. The overall death risk rose 59 percent one year after the heart attack and 63 percent five years after, she said. Similarly, the risk of coronary death or a second heart attack rose 30 percent one year after the initial heart attack and 41 percent five years after.

In their analysis, published in Circulation, a journal of the American Heart Association, the Danish researchers accounted for other medical conditions and medications that patients might have been taking, Olsen said. They could only estimate the dosages people took, but on the average they seemed to be taking standard doses as prescribed on the label, she added.

In addition to ibuprofen and celecoxib, they studied rofecoxib (Vioxx), diclofenac (Voltaren) and naproxen (Aleve), of which naproxen was found to pose the least cardiovascular risk. But as Olson points out, it can cause stomach bleeding. "It's not easy," she says. "You have to look at each individual patient and find out what kind of pain treatment they need."

Wayne Ray, a professor of preventive medicine at Vanderbilt University who also has studied NSAIDs and heart health, said the Danish study provides further evidence of the risks involved in taking these drugs after a heart attack.

The Danish researchers found that, compared with earlier studies, the risks are even "a bit higher than others have found," he said. Celecoxib and diclofenac clearly carry the highest risk (rofecoxib was pulled from the shelves in 2004). "These generally should be the last alternatives for this patient population," Ray said.

For older patients with muscle or skeletal pain, doctors should first try nondrug remedies, such as physical therapy or exercise, he said. Topical medications, such as analgesic heat rubs, can also reduce pain. Acetaminophen (Tylenol) can be a good option, if taken in the proper dose, although it is risky for people with liver disease and those who drink heavily.

Finally, Ray says, "If NSAIDs are necessary, use the safest NSAID, in the lowest effective dose for the shortest time period."

Olsen, meanwhile, says that even as NSAID risks have become clear, many doctors and patients have not gotten the word. "Somehow, more education is needed," she says. "We have to find how to get the message out."

Go to the AARP home page  for tips on keeping healthy and sharp, and great deals.