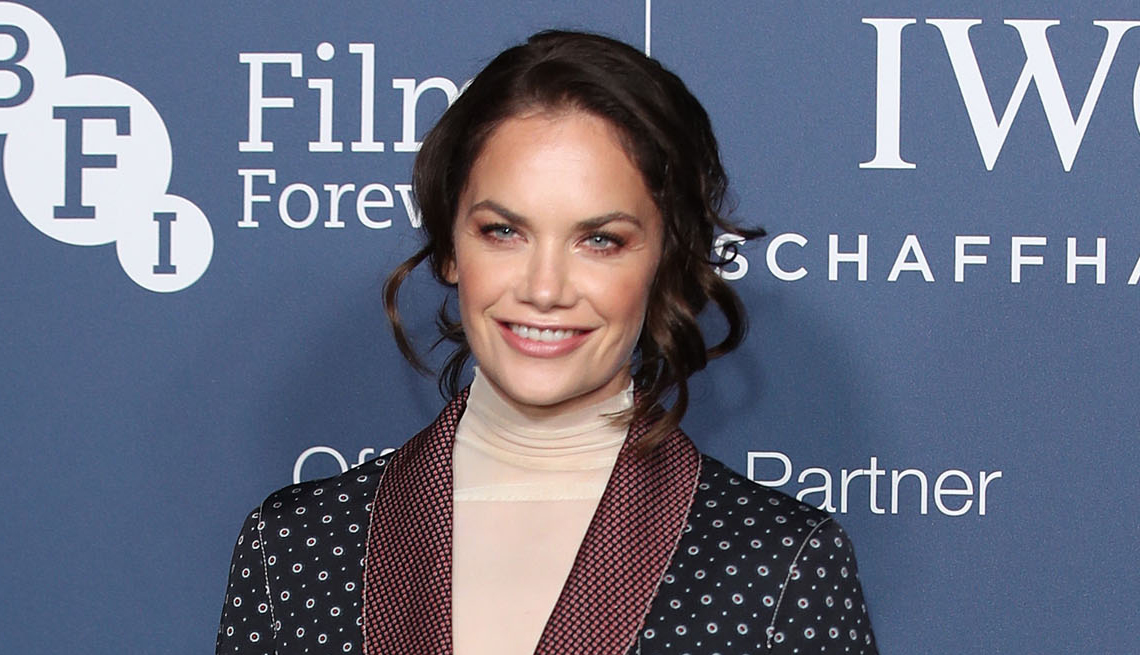 Ruth Wilson’s miniseries Mrs. Wilson (PBS, March 31, 9 p.m. ET, check local listings), in which she plays her real-life grandmother Alison Wilson, is a true story wilder than her fictional Showtime hit The Affair. Ruth’s grandpa Alec Wilson (played by Game of Thrones’ Iain Glen), Alison’s husband, was a British spy and best-selling novelist. Writer Tony Parsons has said, “Without Wilson, it is very unlikely there would have been Bond, Bourne and Smiley.”

Alec was fired in disgrace, possibly as a Spy Who Came In From the Cold-like ruse involving the spy chief having him investigated: Anthony Blunt, the Queen’s art adviser and secretly Stalin’s mole in the British secret service. Wilson spent time in prisons (including the grim one that inspired The Shawshank Redemption), went broke, was forgotten and died in 1963. Then his widow, Alison, discovered she wasn’t his only wife — and became a nun.

Ruth Wilson, who is single, recently discovered dozens of new relatives, including her half-brother Mike Shannon of the Royal Shakespeare Company. She makes her own Shakespearean debut April 4 on Broadway in King Lear, starring Glenda Jackson. She explained her family drama at the February 2019 Television Critics Association meeting.

How she discovered her family scandal

My grandmother wrote a memoir about meeting Alec, falling in love with him and then finding out about his betrayal. I never knew [my grandfather]. There was no mention of him. Once she gave us this memoir, we still didn’t talk to her about it. It was bizarre. A year after she died, we had correspondence from two other people saying, “I think we’ve got the same dad.” So we worked out that [Alison] is one of four wives, not one of two.

She met him at MI5 [the British secret service] — she worked there as well. So she knew that he worked for the service, and a lot of things he was saying were true [but secret due to his spy job]. That was often a huge fight and tussle within herself.

She was very reserved, very quiet. She had this fiery passion inside her, which I never saw. Her memoir gave me real insights to this emotional landscape inside her, which was huge and passionate. Even as a nun, she still had a vanity about her. She always looked immaculate. My mom remembers having to clean the mirrors because my granny left hair spray [film] from doing her hair.

We’ve had family reunions where we had name tags and met each other in a room, talking about this mysterious grandfather, or father. It was just an extraordinary story [we] felt had to be told. And me being in the business, it was sort of down to me to do it. We had a family screening [of Mrs. Wilson] with all 55 members, from age 6 months to 97. And there was a four-minute silence, and everyone was in tears. It was an amazing bonding experience.

Playing her own grandmother

It’s been an amazing, profound privilege to step inside my grandmother’s shoes — weird and very emotional. I had this weird adrenaline going through my body. And I kind of think it was Granny passing through me. We were shooting the ’40s in the morning, then the ’60s in the afternoon. I was going from happy, young, optimistic Alison to depressed Alison 20 years later. So the makeup and hair, and going in and out of those emotional landscapes, was really difficult.

Have all her grandfather’s secrets been revealed?

We don’t know half the story. MI6 [British foreign intelligence] still won’t release records. It’s case sensitive, apparently. We have his 27 novels. There might be more women as well. We’re waiting for the phone calls.

Did he love her?

I think she felt deeply loved by him, and I think they had a real intimate, amazing relationship. But somehow, the betrayal was so huge for her, that she could never imagine it. And then she felt loved by God. I mean, I think she wanted to be loved her whole life. And she in some way believed in sacrificial love. She was a deep romantic.

What do his kids think of him?

They have such fond memories of him. When he was with you, his light shone upon you. Maybe he just had an enormous capacity to love a lot of people. He is a man of complete mystery.

This show is about family, it’s about secrets, but it’s about forgiveness. My grandmother wrote in her memoir, “This is a love story.” She believed this had all happened for a reason, and that it all led to something greater. And by giving us that memoir, she allowed us to meet all our family members, and that’s been the most amazing positive thing for everyone involved.