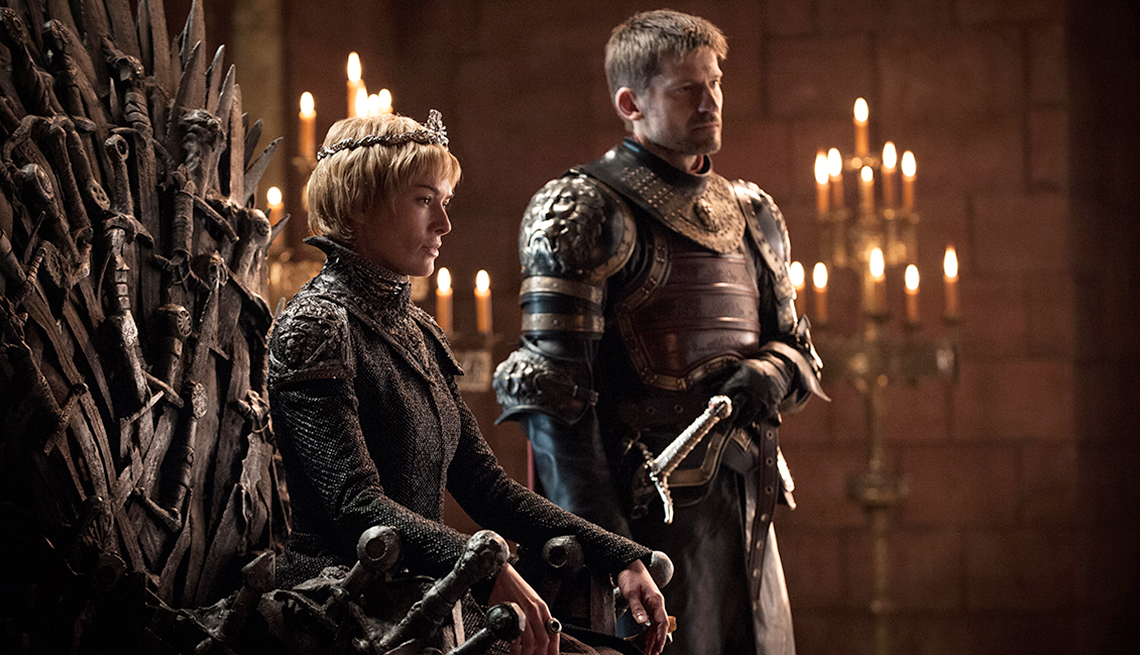 It’s a cultural phenomenon and soon again will be the topic of Monday-morning conversations at home, at work, at the gym.

You want to demonstrate some pop culture credibility, but you’ve never seen an episode of Game of Thrones, and you’re not about to start watching now. Maybe fantasy isn’t your thing, or you’re not a fan of gratuitous violence, or the thought of binge watching six previous seasons is overwhelming. Not to worry.  We’ve got a rundown of what you need to know to talk like a pro once the series returns July 16 on HBO.

Where the game takes place

Understanding GOT’s geography is crucial, which is one reason why the opening credits show a map of the fictional land Westeros. A vast number of characters from a huge collection of families, called Houses, come from distinctive made-up locations. Now, however, there are just two sites of central importance: Kings Landing, the capital of Westeros, and the North, where much of the action takes place.

As the new season begins

In Kings Landing, Cersei Lannister (played by Lena Headey), sits on the Iron Throne as queen of Westeros. She’s a deliciously evil queen who got where she is after the events of the sixth-season finale, which saw her last remaining child, King Tommen, commit suicide after Cersei herself plotted several murders, including that of Tommen’s wife, Margaery. Cersei may not lead for long, though, because a number of rivals — chief among them Daenerys of House Targaryen (Emilia Clarke) — are headed to King's Landing to fight for the throne. In the North, Jon Snow (Kit Harrington), along with his half-sister, Sansa Stark (Sophie Turner), are preparing for an all-out war with an army of undead, called the White Walkers.

Whose side should I be on?

Root for Daenerys, leading the charge on King’s Landing, and for Tyrion Lannister (played by Golden Globe winner-Peter Dinklage). He’s a Lannister like Cersei, but he betrayed his family for good back in Season 4. He’s now Daenerys’ right-hand man and arguably the most popular character on the show. His brother, Jaime (Nikolaj Coster-Waldau), doesn’t meet Tyrion’s good-guy standard but is somewhat sympathetic. Other current GOT  houses and names to which you might nod your head in tacit approval: House Stark (Jon Snow, Sansa, Arya and Bran), House Targaryen (Daenerys), House Martell (Ellaria Sand), House Greyjoy (Yara and Theon) and House Tyrell (Lady Olenna). There are also Brienne of Tarth, Samwell Tarly and the Hound, unaffiliated with major houses but most definitely good guys.

What else do I need to know?

The King in the North: Northerners have long seen themselves as independent from the rest of Westeros and want to declare their own monarch. Jon Snow is the de facto king in the North, leading the oncoming fight against the undead White Walkers.

Valar Morghulis: Valyrian is a language used by several regions, but this phrase — meaning “All men must die” — is repeated often, mostly when someone dies. Which happens frequently.

“And now his watch has ended”: The Night’s Watch are the gatekeepers of the North and are the first defense against the White Walkers. These words are said whenever a member of the Watch dies. Which also happens frequently.

“Winter is coming”: The four seasons last for several years in the Game of Thrones universe. Until now, the show has taken place in autumn. This warning, often repeated by House Stark and Northerners, foreshadows winter’s long and arduous hardships, and this winter, specifically, will be the coldest yet, as the White Walkers are set to launch their bid on Westeros.