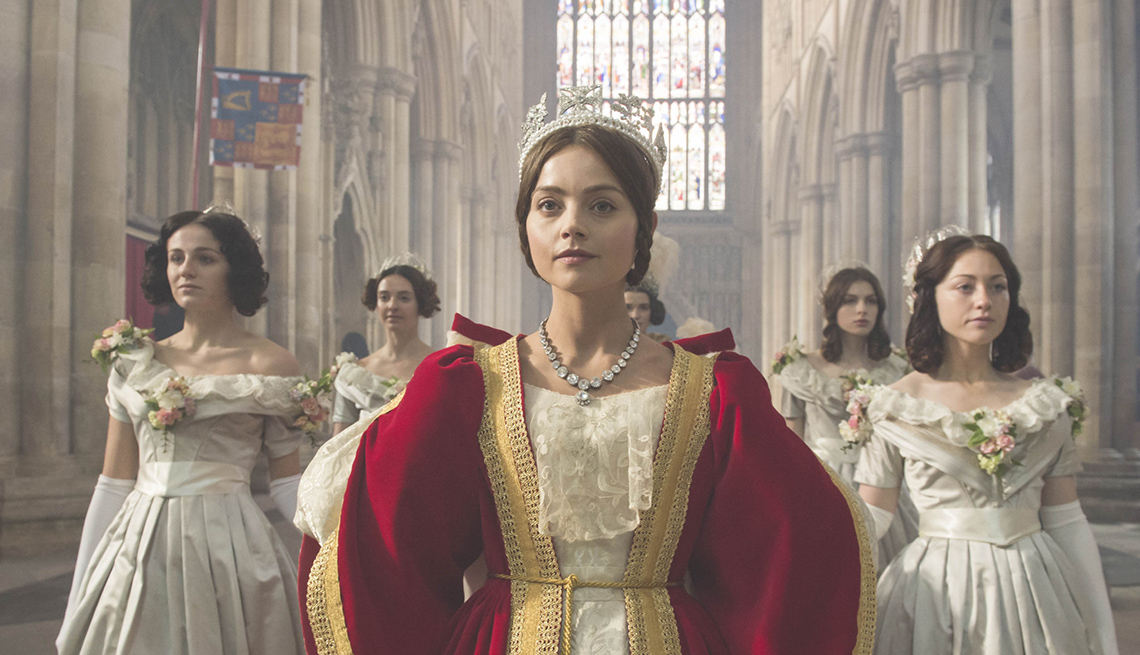 Where to Watch: PBS

Last year, PBS had high hopes of striking Downton Abbey gold with its lovely soapy series Victoria, about England’s greatest queen (from 1837 to 1901). It had the bad luck of opening against The Crown, the Netflix show about Victoria’s current successor, Elizabeth II. The Crown was way better, mostly because it was made with Netflix zillions instead of PBS thousands. As Brit-loving producer Rebecca Eaton jokingly told me: When PBS has a hit, it must promote it for awards on a campaign budget of "$29.99."

Still, PBS has managed to earn more than 50 Emmys. (Full disclosure: PBS' Great Performances will televise AARP’s Movies for Grownups Awards ceremony on Feb. 23.) And despite being the runner-up in the battle of TV royals, Victoria scored about 16 million viewers the first season, more than Downton Abbey, whose viewership grew in its second season.

More people are likely to see Victoria’s second season, which starts Jan. 14. British queen fever is claiming more and more Americans, and the only effective treatment is to tune in, lie back and think of England. Season 2 is livelier than the sometimes snoozy first season, and the monarch (Doctor Who’s button-nosed pixie, Jenna Coleman) has more interesting problems to deal with than first love (for a German!) and controlling parents.

In the season’s debut, Victoria is a new mother circa 1841 — and things are getting old. She gets scant comfort from her attendant, Mistress of the Robes Charlotte Montagu Douglas Scott, the Duchess of Buccleuch (the miraculously great Diana Rigg, in a comic role a bit like Maggie Smith’s on Downton): "You're not the only woman who has felt in low spirits after the birth of a child!" Victoria rebels against attempts to treat her like an invalid, refuses to leave the business of state to her beloved husband, Albert (Tom Hughes). Theirs was England’s first royal marriage in 500 years in which the man had no mistress, because despite her distaste for motherhood, Victoria just loved sex with Albert (if not the result). Hughes and Coleman are great at dramatizing this close relationship, possibly assisted in their craft by the fact that they’re dating in real life. 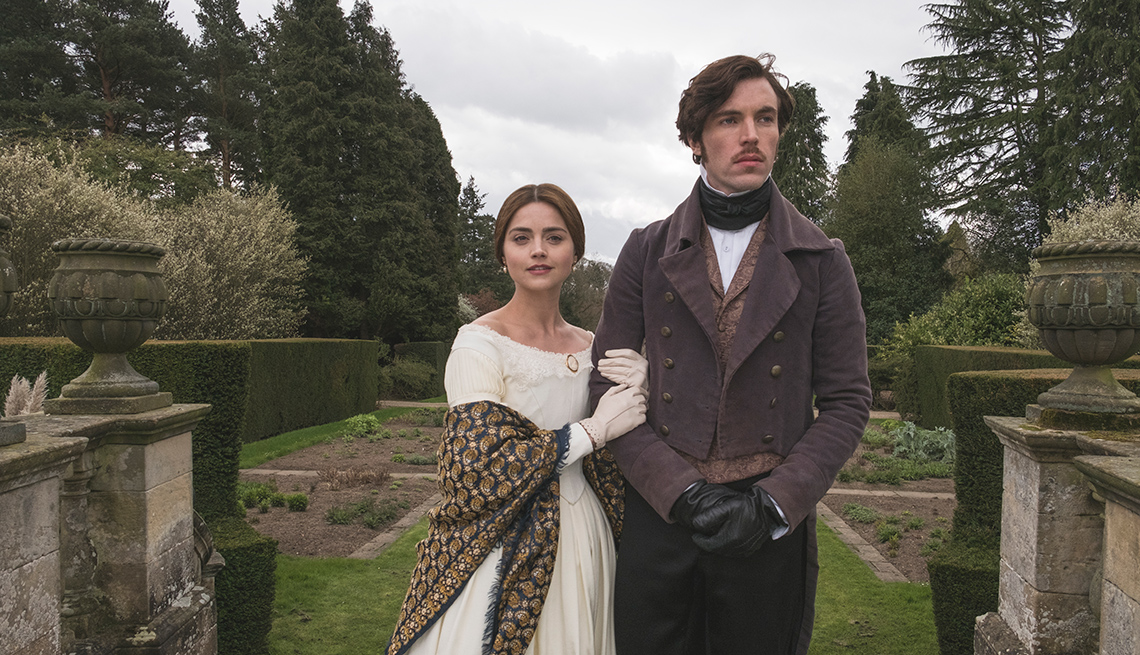 History buffs will sniff at the liberties Victoria takes with historical fact. We don’t know for a fact that Albert was the illegitimate son of his womanizing drunk of a dad, so his freak-out over his parentage may be bogus. Overeducated Brits complain that the romance going on downstairs in the palace between the queen’s dresser and a raffish chef, paralleling the royal romance upstairs, fudged more facts. It’s all fake 19th-century news, strictly speaking.

However, it’s pretty darn good TV, and much of the drama did happen — such as British troops getting their butts kicked in Afghanistan, the national trade-policy fight that reminds one of Brexit, and the Great Potato Famine that reduced Ireland’s population by one-quarter. (Victoria creator Daisy Goodwin’s ancestor was an important figure in the Irish tragedy, and she gives him a good portrayal on the show.)

If you liked the jealous catfight between Jackie Kennedy and Elizabeth on The Crown (which also did not happen quite the way it’s depicted), you’ll enjoy Victoria’s jealousy of Ada Lovelace, the pioneering computer genius who was also the daughter of the infamous philanderer Lord Byron. And Albert is head over heels for the new technology transforming Britain, so why wouldn’t Victoria worry? And what could be more dramatic than a stormy marriage that was great and lasted unto death?

The Crown will always be cooler than Victoria, but, really, you should view Victoria as the prequel to The Crown. Because when it comes to royal pleasures, it doesn’t pay to deny yourself anything.