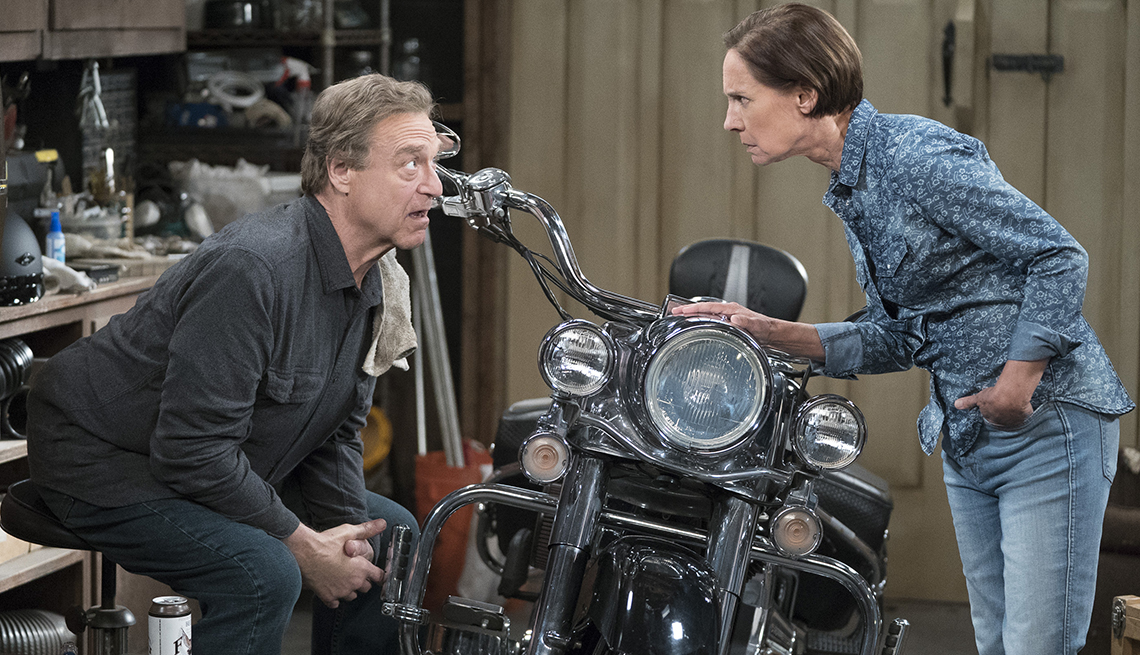 Laurie Metcalf, TV sister to Roseanne, is still a big part of "The Conners," alongside John Goodman.

What happens to Roseanne Barr’s character in the season premiere of ABC’s spinoff (airing Tuesday, 8 p.m. ET)? Reviewers are sworn to silence. But what I can say after seeing two episodes is that the once Roseanne-centric sitcom still shows encouraging signs of life.

This is thanks in large part to the strong ensemble that remains in place — especially John Goodman, 66 (as Roseanne’s teddy bear of a husband, Dan); Laurie Metcalf, 63 (as her high-strung sister, Jackie); and exec producer Sara Gilbert, 43 (as her sardonic daughter Darlene).

The first episode deals primarily with the reason for Roseanne’s departure and features an affecting guest turn by Mary Steenburgen, 65, as a neighbor Dan targets in a Three Billboards Outside Ebbing, Missouri-style public-shaming campaign.

Not everything works in The Conners. Maya Lynne Robinson takes over the role of Gina, the wife of Roseanne and Dan’s son D.J. (the eternally underused Michael Fishman). Her character has been on active military duty in Afghanistan, and the traditional religious views she expresses seem shoehorned into the scripts to compensate for the lack of Roseanne’s pro-Trump perspective. 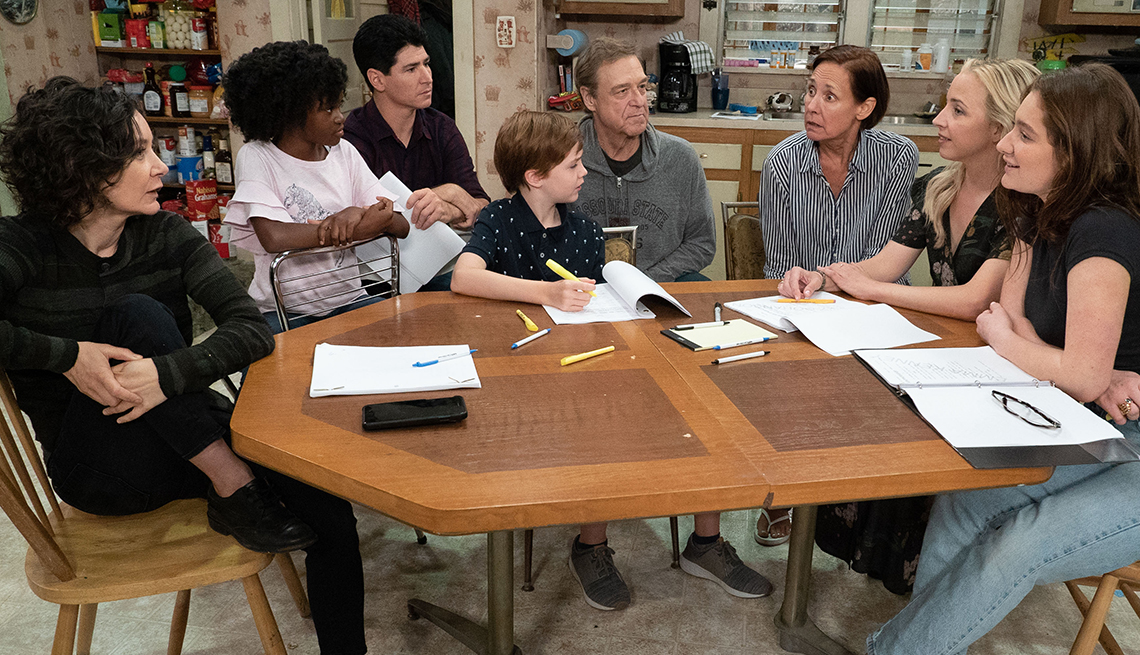 One of the show’s bright spots, however, continues to be Darlene’s son, Mark (Ames McNamara), who dresses in traditionally female clothes. A subplot in which he seeks Dan’s advice about a burgeoning school-bus romance proves surprisingly touching.

Best of all, the sitcom’s sense of realism endures, as the Conners struggle to make ends meet while dealing with serious real-world issues like health insurance, birth control and substance abuse without losing their sense of humor.

A Roseanne by any other name, it turns out, is still pretty sweet.