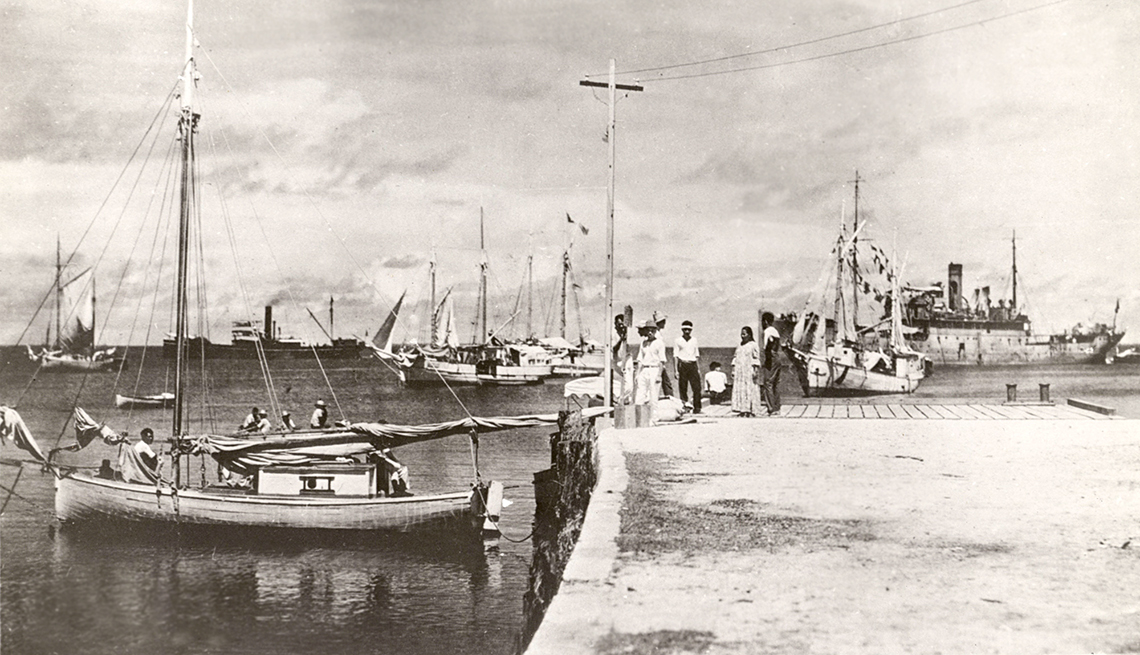 The makers of a new History Channel documentary claim this photo is evidence that Amelia Earhart and co-pilot Fred Noonan survived their 1937 plane crash in the South Pacific.

A newly unearthed photo that could shed light on one of the biggest unsolved mysteries of the 20th century — the fate of Amelia Earhart — stirred quite a buzz online this week, though experts are divided over the odds that the image actually shows history's most famous female pilot being held in captivity.

Researchers working on a new History Channel documentary that marks this week's 80th anniversary of Earhart's ill-fated 1937 attempted flight around the world discovered the photo while combing the National Archives for new information. The photo shows a group of people posing for the camera, and in the background a woman sits with her back to the camera and her legs dangling off a pier. The caption indicates that the photo was taken on the Marshall Islands, which are located in a stretch of the Pacific Ocean where many historians believe that Earhart's Lockheed Electra 10E may have crashed as she attempted to circumnavigate the globe. 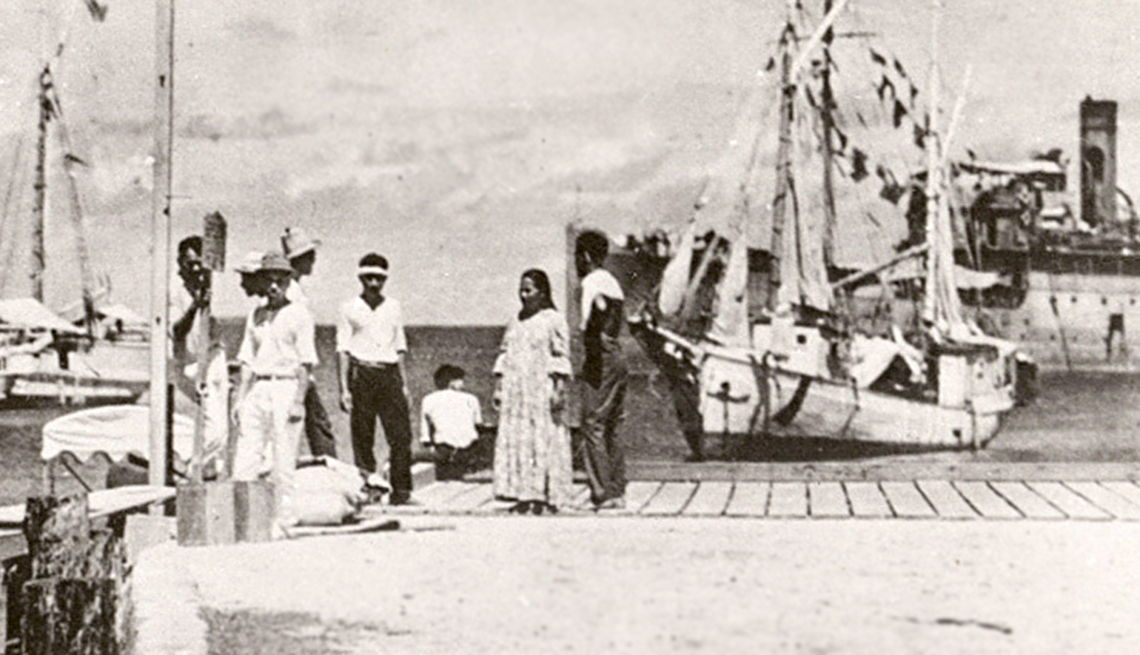 A zoomed-in version of the photo more clearly shows the person believed to be Earhart, in the center with her back to the camera and legs dangling off the pier.

The makers of the documentary, Amelia Earhart: The Lost Evidence, which airs Sunday night at 9 p.m. ET on the History Channel, make the case that the woman in the background is Earhart, and that the photograph proves that she survived a crash-landing and may have been held by the Japanese as a prisoner.

It's not necessarily an outlandish scenario, nor is it a brand new one: For years, some island residents have claimed to have witnessed the crash landing, and some say they saw Earhart while she was held captive there. In 1987 the Republic of the Marshall Islands issued a series of commemorative postage stamps to mark the 50th anniversary of Earhart's crash landing, even though the U.S. government has always classified Earhart's disappearance as an unsolved mystery.

Positively identifying a person with their back to the camera seems dubious, but the filmmakers compared the woman's frame to pictures of Earhart to conclude that a match was possible. And they brought in facial recognition experts to provide compelling evidence that a man pictured in the front of the photo is Fred Noonan, Earhart's only co-pilot on the flight — it looks like a match, right down to Noonan's distinctive receding hairline and prominent nose.  Lee Kinney, a retired government investigator who has spent two decades tracking the long-cold Earhart case, told NBC News this week that the image "clearly indicates that Earhart was captured by the Japanese."

Others disagree, however, and point to the fact that there is no date on the photo, even though the documentarians claim it was taken in 1937. A spokesman for the National Archives told the website Gizmodo that there is no way to officially determine when the photograph was taken.

“Despite the headlines, there is no confirmation on either a date or content in the photograph from the National Archives,” said James P. Pritchett, the National Archives director of public and media communications. As online discussion and debate raged among amateur sleuths this week, the Archives posted the photo (front and back, though the back contains only the word "Confidential") to its web site to allow people to examine it for themselves.

After all the 80th anniversary hoopla, the only certainty seems to be that people remain fascinated by Earhart's flight and unknown fate. In addition to the History Channel documentary, a new episode of the Smithsonian Channel's America in Color series — including never-before-seen color footage of Earhart's departure — premieres Sunday night at 8 p.m. ET.