"Every moment you spend in fear of cancer is a moment you've wasted enjoying life. Replace that fear — get in the moment and enjoy it," says "powerful" Valerie Harper.

The Power of Luck

Happily, I am now almost two years out from my diagnosis of the metastasis of lung cancer to the lining of my brain. I was told I'd be dead in three months. The doctors can give you only their guesstimate of what they see with this disease. I have been extremely lucky. Yet, it's still terminal and incurable — "so far," as my husband, Tony, says.

The Power of Response

Every time I go in for a scan, what looks like a little white snake appears — that's protein that tells you the cancer is active — but there's less and less of it. My doctors don't use the term "remission." They use "response" or "nonresponse" to treatment. I'm responding.

The Power of Science

Every day they are coming up with new stuff. There's now an immunotherapy that builds up your immune system to fight the cancer. The drug I'm on, Tarceva, has been pinpointed to attack my particular cancer, which is pretty amazing. That's why I want to make sure that people understand there are possibilities. I'm a perfect person to tell people not to give up.

The Power of Exercise

My doctors insist that I exercise. I walk every day — unless I can avoid Tony! [Laughs.] Push yourself, even if you feel tired. To my brothers and sisters with cancers who have a very different situation than I do and have pain, even sitting on the couch doing arm exercises is good.

The Power of Now

Though I'm 75, I'm not looking forward to death, but it's there for all of us. If I wake up in the night terrified, I try to find a way to not let the fear have me. Every moment you spend in fear of cancer is a moment you've wasted enjoying life. Replace that fear — get in the moment and enjoy it. 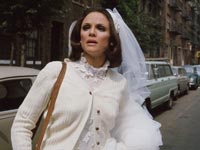 The Power of What Works

I get acupuncture but stopped it, and drinking the herb tea the acupuncturist gave me, for a month last fall. Then I had an episode. I said to Tony, "I keep texting 'and,' but that's not the word I'm trying to text." He took me immediately to the emergency room, where tests showed a slight enhancement of that protein that my doctors did not like. So they changed the way I was taking my medications a little, and I went back to acupuncture and drinking herb tea. My doctors said, "Whatever you're doing, don't change anything again!"

The Power of Forgiveness

The other thing is forgiving. Just say, "I understand why they did that," and move on. Don't hold on to something as a weapon. I did that enough, and it's a waste of energy and your humanity.

The Power of Awareness

I'm the spokesperson for a new American Lung Association program called Lung Force, which is directed at women because we've seen a 100 percent increase in lung cancer cases among women for reasons we don't understand yet. We want to educate women about the new tests coming out that can lead to early detection.

The Power of Knowing What's Coming

If I had to choose between walking across the street and getting hit by a car and killed — boom — just like that, or knowing what's coming, I'd take this. Knowing that you have something you have to deal with, rising to the occasion, builds character.