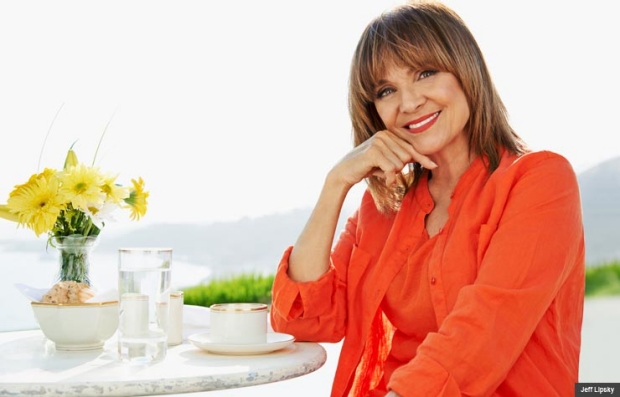 AARP The Magazine's exclusive interview with Valerie Harper will appear in print and online later this month.

Even before TV actress Valerie Harper got the recent good news that her terminal cancer is responding to treatment, she planned to keep living life fully. In an interview with AARP The Magazine over two days in July, Harper, 74, said, “As long as you’re alive, you can do something.”

That “something” for Harper in the next few months is competing on the 17th season of ABC’s Dancing With the Stars, which premieres Sept. 16.

Though news reports have celebrated the possibility that Harper may be in remission from her terminal lung cancer, which has spread to the lining of her brain, her primary oncologist, Ronald Natale, told AARP: “We don’t usually use the term ‘remission’ with this kind of cancer. We try to qualify the amount of response to treatment. I would say that Valerie is near a complete response to the treatment we’re giving her.”

While Natale notes that Harper’s good response to the treatment is in no way a cure, he is inspired by her positive energy and enthusiasm in continuing to seize opportunities.

The physical rigor of Dancing With the Stars might pose a huge challenge, but Harper, who began her career in show business as a dancer, isn’t one to back down.

“I wouldn’t give people advice, except to share with them what I’m doing,” she told AARP, “which is: You’re alive, stay alive. Don’t start putting a foot in the grave or planning a funeral. You can plan it, but don’t start planning it as if it’s that day.”

A full interview of Harper and her husband, Tony Cacciotti, will appear in the October/November issue of AARP The Magazine, and a slideshow and video will be on aarp.org; both will be available this month.

Meg Grant is West Coast Editor for AARP The Magazine.