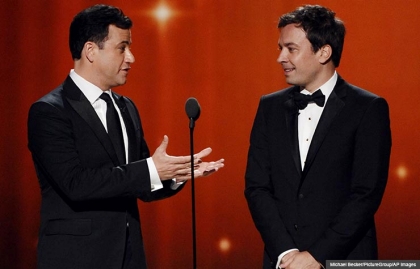 Anyone who's battled insomnia lately knows that navigating the overnight TV lineup would be a test even if you weren't weary from sleep deprivation.

But if you're up all night, for any reason, don't hesitate to turn on the TV.

Here, our quick guide to the good stuff on the networks and basic cable.

The Tonight Show with Jay Leno on NBC and the Late Show with David Letterman on CBS top the talk show ratings, but the host most worth checking out right now is ABC's Jimmy Kimmel.

In January, the network shifted Jimmy Kimmel Live from midnight to 11:30 p.m. to widen his appeal and compete with the kingpins. Kimmel, 45, grew up idolizing Letterman, but he may remind 50-plus viewers more of Letterman's mentor, Johnny Carson. He has Carson's easy way with Hollywood's elite, many of whom he counts as friends. Fresh funny bits like his man-on-the-street "Lie Witness News" segments make Letterman's Top Ten List look ready for retirement. Kimmel was recently named to the 2013 Time 100 list of the world's most influential people.

The only other late night host to join Kimmel in the artists category was NBC's Jimmy Fallon, whose Late Night with Jimmy Fallon airs at 12:35 a.m. Fallon, 38 and a former Saturday Night Live cast member, will move to Leno's desk next year. NBC has high hopes for Fallon's success there.

Of course, the network once hoped Conan O'Brien, 50, now doing his own thing on TNT at 11 p.m., would smoothly replace Leno, and that lasted just eight tumultuous months.

Also at 12:35, The Late Late Show with Craig Ferguson on CBS competes with Fallon.

Stephen Colbert and Jon Stewart will keep you informed, and laughing.

All-news networks such as CNN and MSNBC make it easy for insomniacs to stay abreast of the headlines by re-broadcasting most of their prime-time programming during the overnight hours.

Only Fox News Channel airs an original show between midnight and 5 a.m.: Red Eye with Greg Gutfeld, an offbeat hour of political and pop culture punditry hosted by political blogger Gutfeld. It airs at 3 a.m. ET Tuesday through Saturday.

But there's much to see elsewhere.

The cable channel Comedy Central repeats its smart and sassy news and views programs, The Daily Show with Jon Stewart and The Colbert Report with Stephen Colbert at 1 a.m. and 1:30 a.m. ET. 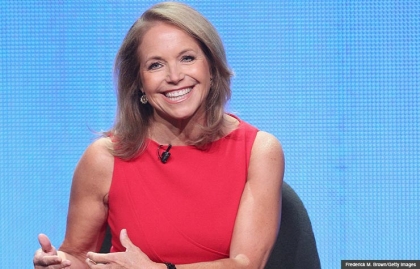 Katie Couric's new daytime talk show is on at night, too.

Syndicated daytime chat shows from Katie Couric, Ellen DeGeneres, Steve Harvey, Ricki Lake and others also may be repeated overnight in your market so check your local listings. 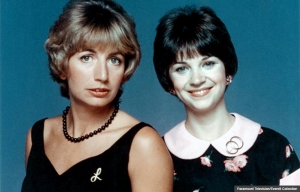 'Laverne & Shirley' (Penny Marshall and Cindy Williams) were primetime TV sweethearts from 1976 to 1983.

If you yearn for TV from decades past, you've got lots of options.

Shows from the '80s, like Cheers, Roseanne, The Cosby Show and The Golden Girls can be found on Channels like TV Land, Nick at Nite and Hallmark. In fact, the dedicated Golden Girls viewer who knows just when and where to click could take in six episodes of that classic show every night.

Join the discussion: Who are your favorite talk show hosts, then and now 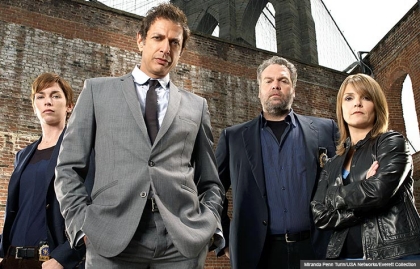 A few cable channels use the overnight hours to offer long programming blocks of their most popular shows.

A&E, for example, airs three straight hours of its half-hour reality hit Duck Dynasty beginning at midnight on Thursdays. On other nights during the week, the network offers binge blocks of its popular reality fare, including Storage Wars and American Hoggers.

TNT airs blocks of hit dramas like Major Crimes, The Closer and Las Vegas every night.

And the USA network relies heavily on Law & Order: Criminal Intent reruns. Bleary-eyed aspiring crime solvers can take in two nightly hours of CI at 4 a.m. And on Wednesdays, USA throws in two more hours of the original Law & Order at 2 a.m.