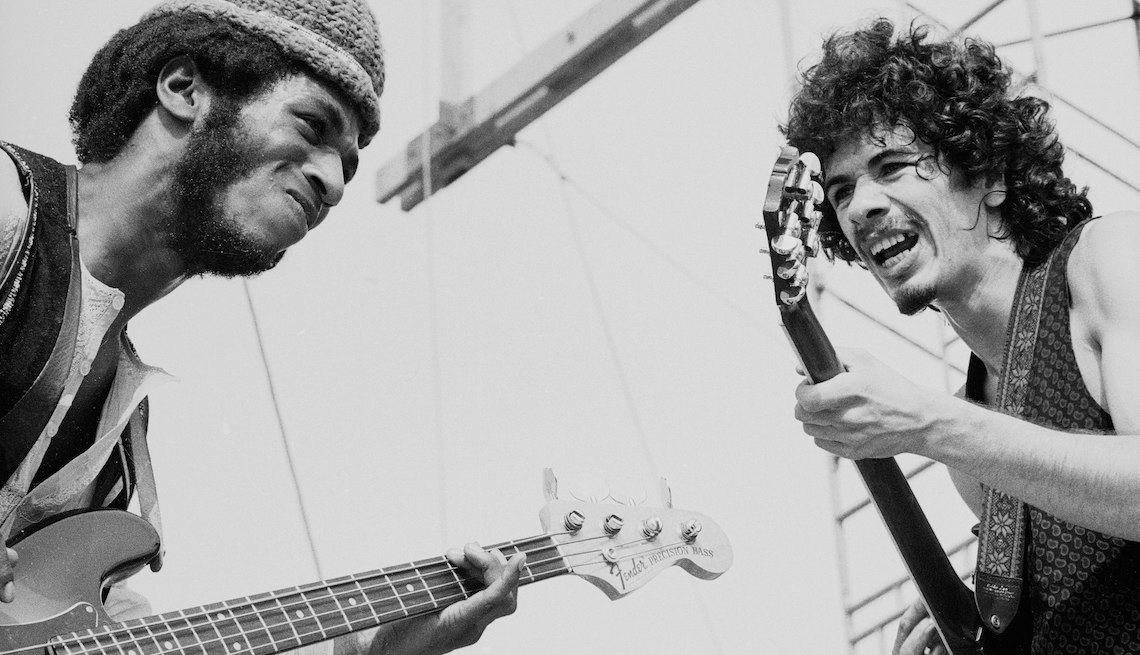 Jay-Z, Dead & Company, and the Killers will headline one of the 50th anniversary shows commemorating the groundbreaking Woodstock festival this summer.

Woodstock cofounder Michael Lang announced Tuesday that Miley Cyrus, Santana, Imagine Dragons, Robert Plant and the Sensational Space Shifters, the Black Keys and Chance the Rapper will also perform at the Woodstock 50 Music and Arts Fair, which will take place Aug. 16-18 in Watkins Glen, N.Y., about 115 miles northwest of the original site. The event is separate from an anniversary concert planned at the site of the original festival in 1969.

Tickets for the three-day festival pushing the message of peace, love and music go on sale April 22, which is Earth Day.

Lang said though Woodstock took place 50 years ago, today’s world and 1969 are somewhat parallel. “It’s kind of spooky how similar things are. How some of the things that we thought we’d gone past in the last 50 years — the racial divides, care for the environment and women’s rights — now we have Black Lives Matter and the #MeToo movement and climate deniers and another [expletive] in the White House,” Lang said. “So, it’s very similar.”

Lang made the announcement at a press conference at Jimi Hendrix’s Electric Lady Studios in New York City alongside Common and John Fogerty, who performed at the original Woodstock. Both Fogerty and Common will perform this summer.

Fogerty, 73, recalled performing his set in 1969 after the Grateful Dead hit the stage. He said he took the stage after midnight and half of the audience was asleep.

“I was frustrated and I said something like, ‘We hope you’re having a good time out there. We’re playing our hearts out for ya up here.’ And I don’t really see much moving. I see a light, somebody’s lighter goes on in the darkness and somebody out there says, ‘Don’t worry about it, John, we’re with ya!’ So I played the whole rest of my complete Woodstock concert for that guy,” he said.

More than 80 artists, including David Crosby, Janelle Monae, Brandi Carlile, Country Joe McDonald, Halsey, the Lumineers, Portugal the Man and India.Arie, are expected to perform on three main stages at Watkins Glen International racetrack in the Finger Lakes region for Woodstock 50. The original concert was held on a farm in Bethel, N.Y., that is now run as an attraction by the Bethel Woods Center for the Arts. The venue plans its own anniversary event Aug. 16-18.

Common, 47, said he is happy to represent hip-hop music at Woodstock 50 and be a part of a festival that not only focuses on music, but also has a strong social and political presence.

“To be able to be connected to Woodstock in any shape, form or fashion for me is one of the greatest honors I’ve had as an artist, as a human being, as a musician,” the Grammy, Oscar and Emmy winner said. “There’s so much going on right now [and] I think one of the best ways we can combat the ignorance, the divisiveness, the hatred is to go out there [and] push love and express love and practice love. And it definitely comes through, that love comes through at Woodstock.”

“I’m not 50, but I’m grateful to be a part of this,” Common said as the audience laughed.