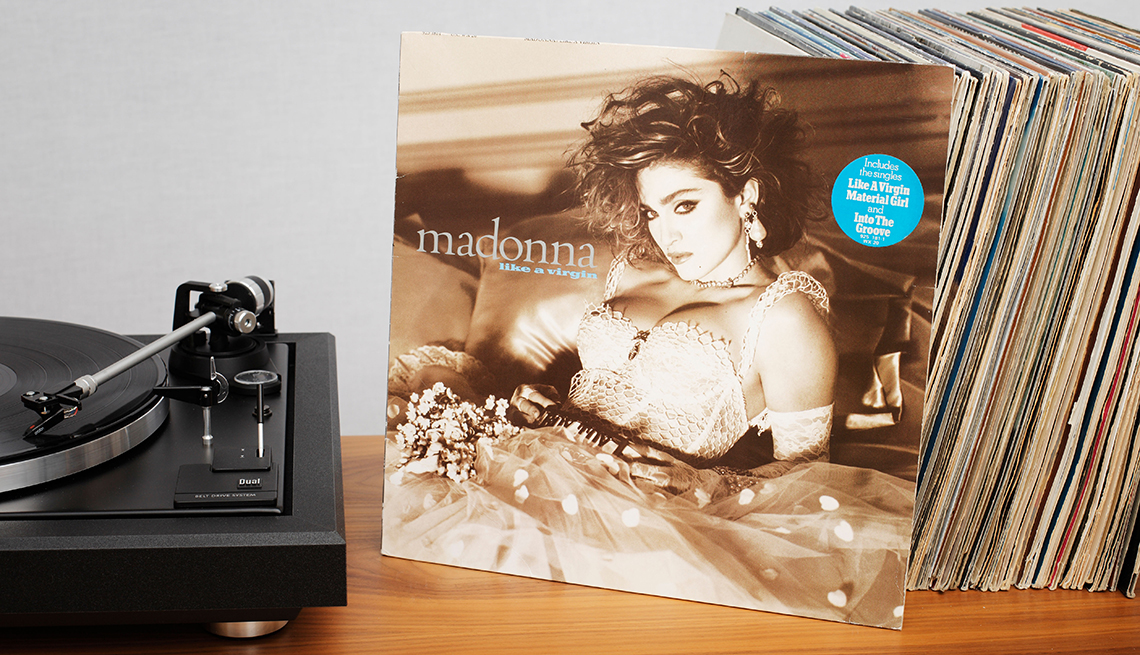 Madonna has a place in the top 150 list for greatest albums, and she's one of the top 10 standouts.

If I’ve learned anything during my 30 years as a female rock critic, it’s that the story of popular music has always marginalized women as passengers, not drivers. In the official record of records, girls are the B-side.

That’s why it’s gratifying to see NPR’s Turning the Tables, a list of the 150 greatest albums made by women from 1964 (when the Beatles stormed our shores) to the present. It was compiled by nearly 50 of the public radio system’s women and produced in partnership with Lincoln Center.

In the richly diverse slate, women from pop, punk, country, jazz, rock, R&B and rap are celebrated not as outliers, but as influencers and architects. In a refreshing departure from typical music magazine rankings that front-load upper berths with macho guitar heroes and metal wailers, we see names too often relegated to the lower rungs as “chick” singers: Joni Mitchell, Aretha Franklin, Linda Ronstadt and Loretta Lynn, to name a few.

The ambitious directory of revolutionary women from the “classic album era” was commemorated at Turning the Tables Live in New York’s Lincoln Center on July 26, with headliner Rickie Lee Jones performing 1981’s Pirates in its entirety.

NPR’s No. 1 spot appropriately goes to Joni Mitchell’s Blue, a painfully honest, melancholy and melodic work of art from a firebrand hailed as a lodestar by nearly every woman (and many men) who followed. She was also championed as a feminist, a label she had no use for, as she confided to me days before the release of 1998’s Taming the Tiger: “No, because I still see honor and grace in domestic duties. I also wasn’t an anarchist, so I didn’t fit my generation. Nor was I a nihilist, so I didn’t fit the next. I never found an ‘ism’ that was mine.”

Mitchell’s authority hasn’t waned, but, sadly, the 73-year-old singer-songwriter has been sidelined since suffering a brain aneurysm in 2015. Others on the list are similarly off the grid: Loretta Lynn, 85, recently suffered a stroke; and Linda Ronstadt, 71, stopped singing after a Parkinson’s diagnosis in 2012. Several have died, some tragically early, including Selena, Janis Joplin, Whitney Houston and Amy Winehouse. A few mercifully quit (the Spice Girls).

But an impressive number of female veterans — from Diana Ross and Cassandra Wilson to Sade, Cyndi Lauper and Chrissie Hynde — are still in the game, recording, touring, pushing boundaries, challenging norms and shaking the boys’ tree house. They’re a heartening contradiction in the music industry’s world of whiplash trends and youth worship.

When I asked Tina Turner her thoughts about turning 60 in 2000, she shrugged and said, “Nothing changed.”

Pop chameleon Madonna once told me that her induction into the Rock and Roll Hall of Fame 25 years after her first recording felt a bit premature. “I was thinking: ‘But I'm not done yet. I don’t want to be in a museum.’ The footage they showed (at the ceremony) was predominantly from the first 10 years of my career, and it seems like centuries ago," she said. "I’ve gone through a million revolutions and evolutions since then.”

While NPR’s roundup exalts stars of all ages, the list spotlights many women over 50 who have lost none of the drive and vision that fueled their starts.

Here are 10 of the standouts: