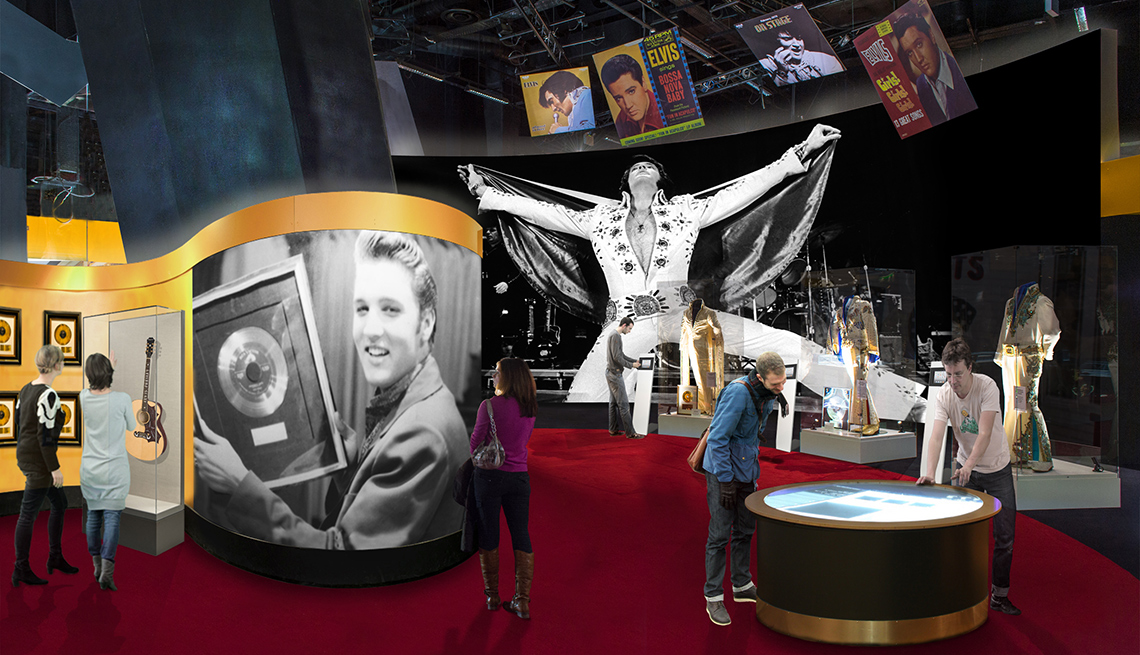 The $45 million Graceland entertainment complex sits across the street from the singer’s former home in Memphis.

If you’ve already seen Graceland, you might want to schedule a return trip: This week marked the opening of Elvis Presley’s Graceland, a 200,000-square-foot, $45 million entertainment complex that sits across the street from the singer’s former home in Memphis.

The complex features a museum devoted to Presley’s extensive collection of cars and motorcycles, a museum devoted to the entertainer’s career, and the Graceland Soundstage, a venue for live performances and movies. The rest of the complex is made up of gift shops and restaurants catering to the thousands of tourists who come to Graceland each year.

The complex replaces the old Graceland Plaza, a 1980s-era retail strip, and will allow visitors a chance to get their Presley memorabilia fix from upgraded, museum-quality displays, Joel Weinshanker, managing partner of Graceland Holdings, told the Memphis Commercial-Appeal.

“It’s the beginning of a new era at Graceland,” Weinshanker said. “Elvis Presley has hundreds of millions of fans, and he treated each fan as a friend. We thought, what would Elvis do for his fans ... and what he would do is [let them] walk in his footsteps. With the opening of this complex, you’re walking in Elvis’ footsteps. You’ll be able to walk through the streets of his Memphis and see all the things that he loved.”

This August will mark the 40th anniversary of Presley’s death.