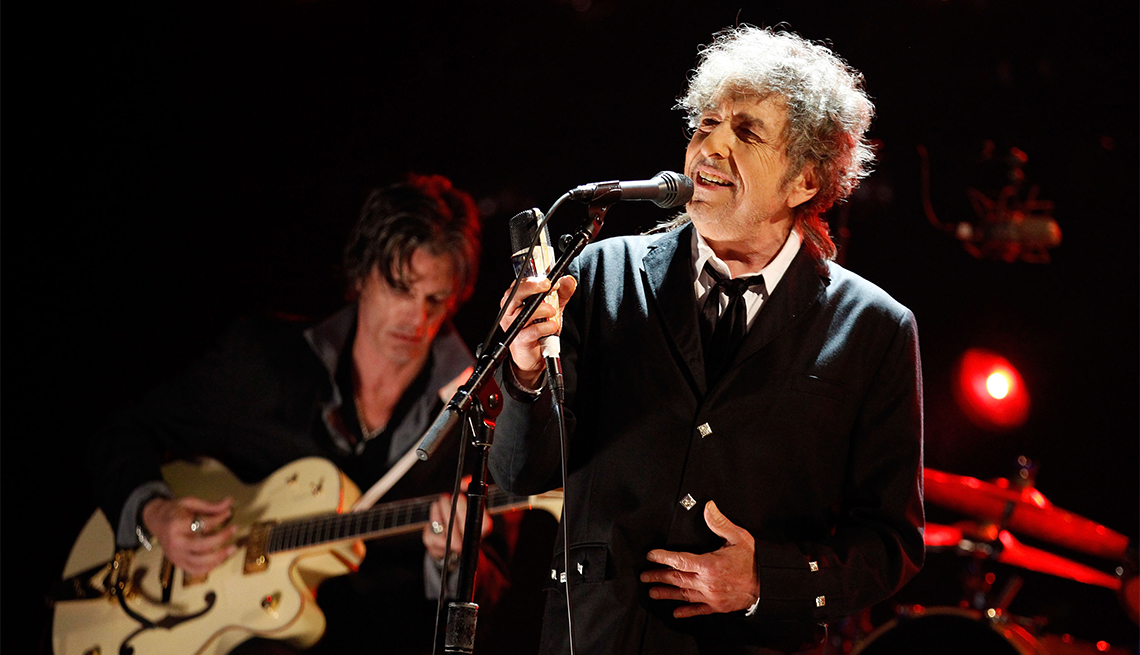 In terms of repertoire, Triplicate follows the lead of Dylan’s previous two discs – Fallen Angels (2016) and Shadows in the Night (2015), both of which earned him Grammy nominations. Also, in similar fashion, many of the covers are tunes strongly associated with one of Dylan’s crooning lodestars, Frank Sinatra.

“There is no more Frank,” Dylan told Bob Love in a Feb/March 2015 AARP The Magazine cover story, when asked to expound upon Ol’ Blue Eyes’ enduring legacy. “There wasn’t before him or isn’t after. And he never went away. All those other things that we thought were here to stay, they did go away. But he never did.”

Randy Lewis of the Los Angeles Times wrote this about Fallen Angels: “[Dylan] immediately liberates songs from the big band/big orchestra world from which they emerged, and in which they are most frequently revisited… [He] reaches to the blues at the core of many of these songs. Thus, they elicit the ache of romantic yearning and loss that often gets subsumed by swelling orchestral forces, background choirs or by singers who are more focused on crafting elegant vocals than finding emotional resonance.”

Triplicate will mark Dylan’s 38th album release and will surely add to the more than 125 million records that he’s sold worldwide.

Dylan won the Nobel Prize for Literature for “having created new poetic expressions within the great American song tradition.”

How well do you know Dylan? Take our quiz to find out.