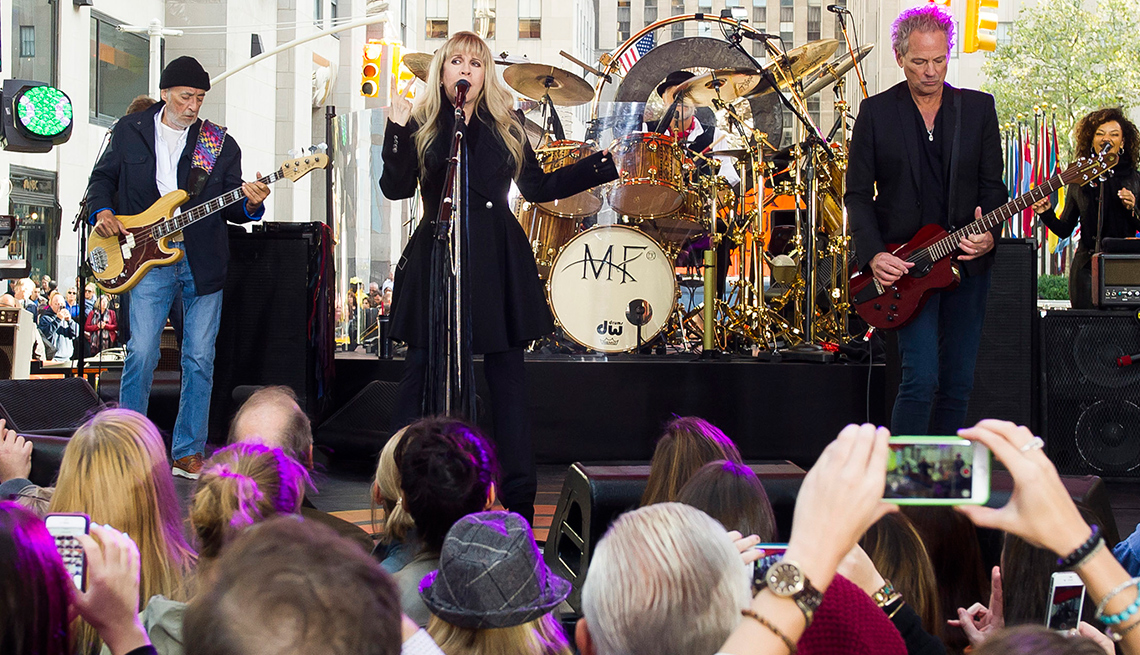 Fleetwood Mac and an exciting line-up of classic-rock bands will join forces for the festivals.

For fans of ’70s-style classic rock, this couldn’t be better news: Fleetwood Mac and the Eagles will be headlining a pair of rock festivals this summer, one on each coast, and an array of other big-name groups who once filled stadiums and dominated the FM airwaves will be joining them.

Classic West will take place July 15 and 16 at Dodger Stadium in Los Angeles, to be followed by Classic East on July 29 and 30 at New York City’s Citi Field, Fleetwood Mac announced on its Facebook page. In addition to the Eagles and Fleetwood Mac, the announced lineup also includes Steely Dan, Journey, the Doobie Brothers and Earth, Wind & Fire.

The events will showcase the first Eagles performances since the death of cofounder Glenn Frey in January 2016.

It’s unclear who will take Frey’s place in the band. Drummer and vocalist Don Henley said in an interview with the Montreal Gazette that he might consider bringing in Frey’s guitarist son, Deacon, who “can sing and play quite well.” He also mentioned another prospect, singer-songwriter Jackson Browne, who cowrote with Frey the Eagles’ 1972 hit “Take It Easy.”

Tickets for the shows in each city go on sale April 7, but American Express card holders can purchase them early, from April 3 through April 6, according to the Eagles’ website.

Fleetwood Mac will feature its familiar lineup of Mick Fleetwood, Christine McVie, Lindsey Buckingham and Stevie Nicks, but some of the other groups will include new members, according to music publication Spin.  Journey long ago replaced lead singer Steve Perry, whose powerful voice helped make the band’s 1981 hit “Don’t Stop Believin’” so distinctive.

Earth, Wind & Fire will be without late cofounder Maurice White, who stopped touring with the band in 1994 due to Parkinson’s disease and died in February 2016.  Longtime members Philip Bailey, Verdine White and Ralph Johnson remain with the group, whose fusion of R&B, jazz and other genres led to hits such as 1975’s “Shining Star.”

The Doobie Brothers are down to two original members, Tom Johnston and Patrick Simmons, who played on hits such as 1972’s “Listen to the Music” and 1973’s “Long Train Running.”