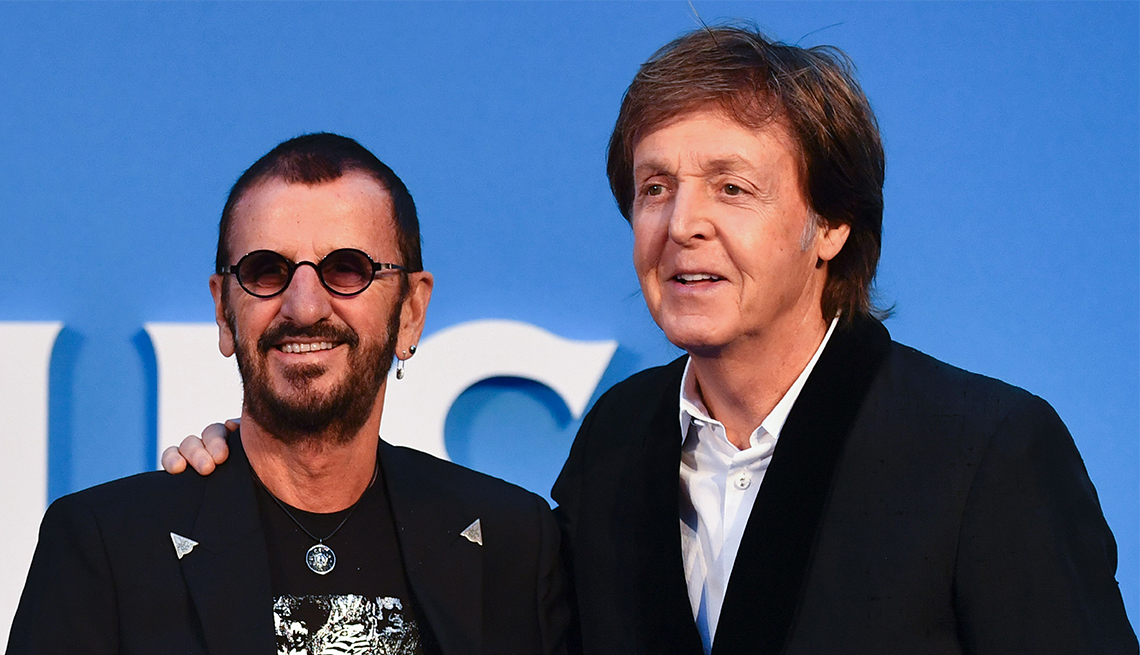 Ringo Starr and Paul McCartney got together to work on Starr’s new album.

With John Lennon and George Harrison gone, it’s the closest that we’ll ever come to a Beatles reunion. Paul McCartney and Ringo Starr, the Fab Four’s two surviving members, got together in Starr’s home recording studio to make music over the weekend.

Starr posted a photo of the two on Twitter, with the message: "Thanks for coming over, man, and playing great bass. I love you, man. Peace and love."

Bruce Sugar, the engineer on some of Ringo’s recent records, also posted a picture of the two on his Facebook page. “Magical day in the studio today with these two,” he wrote.

According to Billboard magazine, a tour bus of sightseers happened to be in front of Starr’s home in Hollywood when a blue Corvette pulled up to the house. The crowd went wild when McCartney got out and pushed the buzzer to enter.

Starr’s publicist told Billboard that the two Beatles got together to work on Starr’s new album. They last worked together on Starr’s 2010 Y Not record. McCartney played bass on one song, “Peace Dream,” a tribute to Lennon, and sang on the cut “Walk With You."

According to Rolling Stone, McCartney successfully lobbied for Starr to be selected as a solo artist for the Rock and Roll Hall of Fame in 2015 and then volunteered to lead the induction ceremony. The two also joined to perform McCartney’s song “Queenie Eye” at the 2014 Grammy Awards, and McCartney posted a YouTube video of the two rehearsing together.

Starr also posted on Twitter a picture of himself, McCartney and Eagles guitarist Joe Walsh, who jammed with the two Beatles at the recent session. Walsh also played with Starr and McCartney for the Y Not sessions. Another superstar rocker from the 1970s, guitarist Peter Frampton, showed up at Starr’s home in January to record with him, according to Starr’s Twitter account.